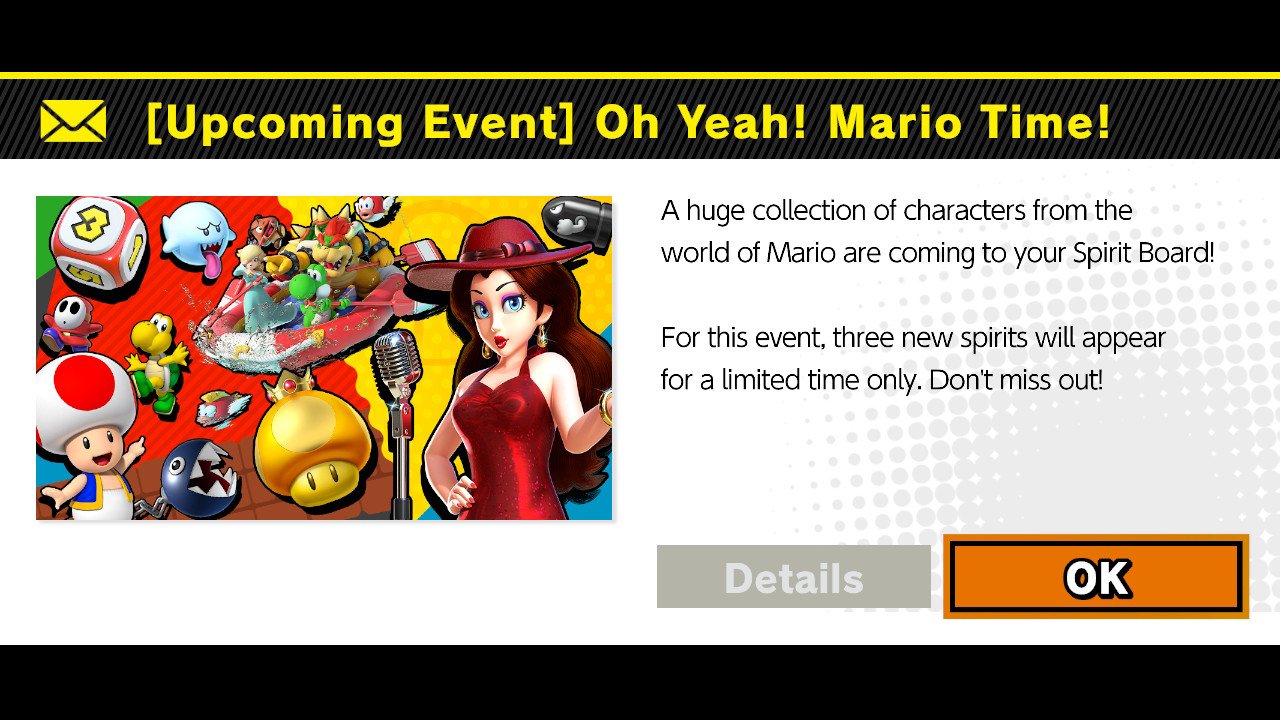 Once again, a new Spirit event has been revealed for Super Smash Bros. Ultimate and it’s out with the Fire Emblem and in with the Mario!

During a five day long event, a total of 42 Mario related spirits are to appear more frequently on the Spirit Board and come with the added reward of twice the amount of gold for beating them.

Only, unlike with previous events, among the 42 spirits, 3 of them are new to the game and pertain to Super Mario Party. From the write-up provided, Golden Dash Mushroom, River Survival and Dice Block, are all event exclusive spirits that can only be obtained during the event. There has been no mention of players being able to acquire them at a later date or if having Super Mario Party save data will unlock them for you as well.

So, for those of you keen to know WHEN the exclusive spirits will appear, we have that information right here, as well as a list of EVERY event spirit available during a 5 day period:

Oh Yeah! Mario Time will take place during the following times and dates:

As always, we hope you found this guide helpful and wish you best of luck getting the 3 exclusive spirits!