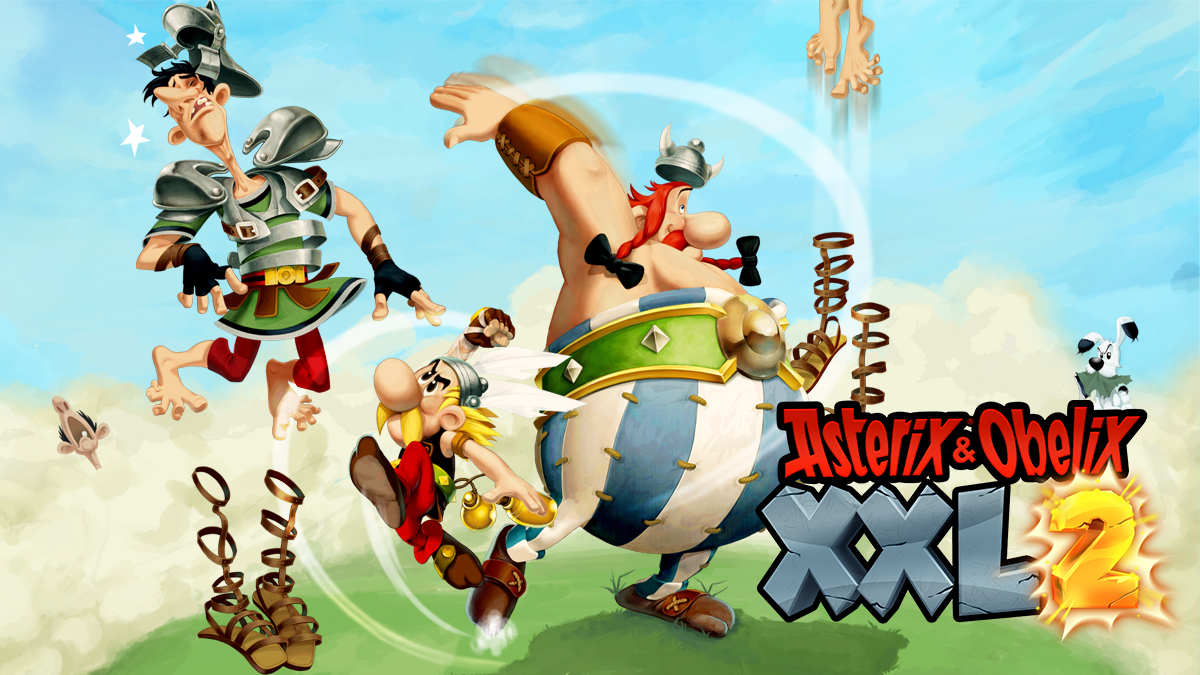 Asterix & Obelix and their previous games, as well as the comics in which the games derive from, are a bit of history that I did not know much about. The stories the games stem from are based off a1960s-era French comic series which later were turned into a series of video games in the mid-80s on consoles and PCs and now have found themselves bumbling into the Switch eShop.

Each game in the storied history of Asterix and Obelix carries similar character and dialogue moments, as well as a historic setting of the ancient world with Romans and Gauls, gods and goddesses, and in the more modern games, slight riffs on pop culture often find their way into the game world. Asterix & Obelix XXL 2 is an HD remastering of the 2006 game of the same name which was released on all major platforms this fall.

The game starts off with some cheeky cut-scenes setting up the disappearance of their leader, Getafix, after he betrays his countrymen to the Romans at the hands of Julius Caesar. With Getafix missing, Asterix and Obelix set off on a bit of a world-hopping adventure looking to find their leader and uncover the mystery surrounding his absence.

Right from the start, you can tell the game is banking on pure nostalgia regarding the comics, their movies, and prior games, as well as humorous jabs at various iconic historical figures and video game characters. Thinking about that now, I still remember how much I chuckled when introduced to Larry Craft, a voluptuous man, representing the famous Tomb Raider in her 90s-era look.

During your journey through each of the stages, you will be swapping between either Asterix or Obelix, as well as, being able to control your dog, Dogmatix to attack the incoming enemies. The swapping mechanic is necessary as both Asterix and Obelix will have certain areas of the map that only they can reach, or specific interactive elements that they will be responsible for.

One of these interactive elements which I enjoyed the most was the Bomberman inspired bomb that you need to sometimes move around the stage. The homage to Bomberman, as the bomb was designed to look like his head, was enjoyable each time I had got to see it in the game.

My one gripe with the game’s stages was that swarm of enemy encounters were often just bouts where you had to dodge, roll, pick up and swing enemies, defeating large groups of a set number. While these sections weren’t usually that difficult, the variety in combat options was severely lacking, and by the mid-point of the game, I’d had enough of the bad guys that stood in my way of enjoying the game and its story.

Asterix and Obelix does have a variety of unlockables for those seeking out the various objects you can find in the game. I wouldn’t say that too many are hidden out of reach, but finding all of them, if you want to 100% the game, does take a while and will most likely require you to backtrack or at least take the game at a slower pace.

The sounds of Asterix and Obelix really brought me back to the N64 and Gamecube era 3D platforming games. While the music fit the world the game developers have made, none of it was specifically memorable and at times it was a bit repetitive in nature.

Asterix & Obelix XXL 2 on the Switch is a welcomed nostalgia driven platformer that is more competent of a game than it ought to be. What I mean that is that it is fun. It is funny too. The game throws a ton of jokes and has a lot of old school gaming references from the N64 and Gamecube era Nintendo. There are other funny references to other games and game companies throughout as well which if you have been gaming for ten to twenty years you may appreciate more than a newcomer gaming.

I liked a lot of the parts of Asterix & Obelix, but at the same time, the age and style of the game wore thin on me almost too soon. About mid-way through the game the enemy types and combat scenarios began to get dull. You may not get much enjoyment out of Asterix & Obelix XXL 2, but you will at least laugh during the cutscene jokes and especially during the introduction of Larry Craft.