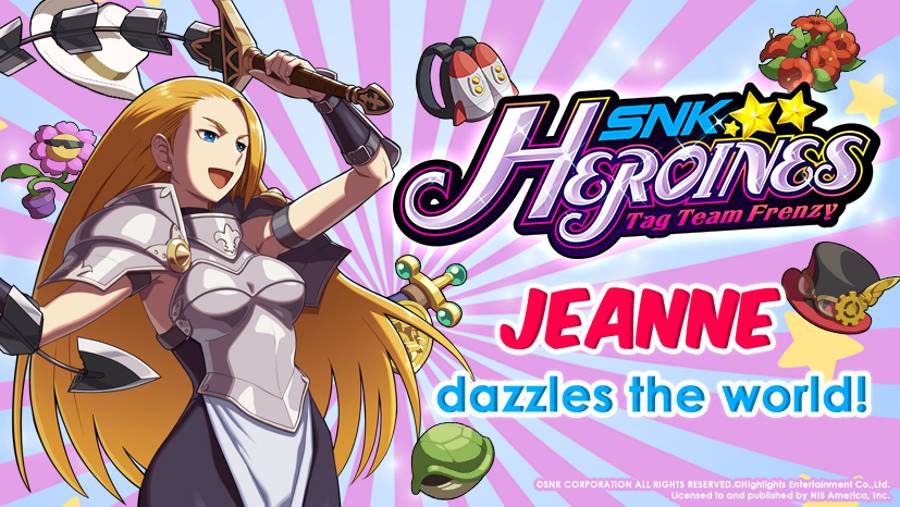 For any of you still playing SNK Heroines Tag Team Frenzy, a new character has been added to the game today.

NIS America have uploaded a trailer for the Heroine of France and have published a statement about her.

She’s beauty, she’s grace, she’s not afraid to slice up your face! JEANNE, heroine of France and our newest DLC character, is available today in SNK HEROINES Tag Team Frenzy for Nintendo Switch™ and PlayStation®4!

JEANNE sure does look fabulous in anything, doesn’t she? Whether it’s a samurai-themed ensemble or her traditional armored attire, JEANNE slays with her killer looks and moves in her trailer!

Ready to come vis-à-vis with this femme fatale? See for yourself in SNK HEROINES Tag Team Frenzy, available now on Nintendo Switch™ and PlayStation®4!