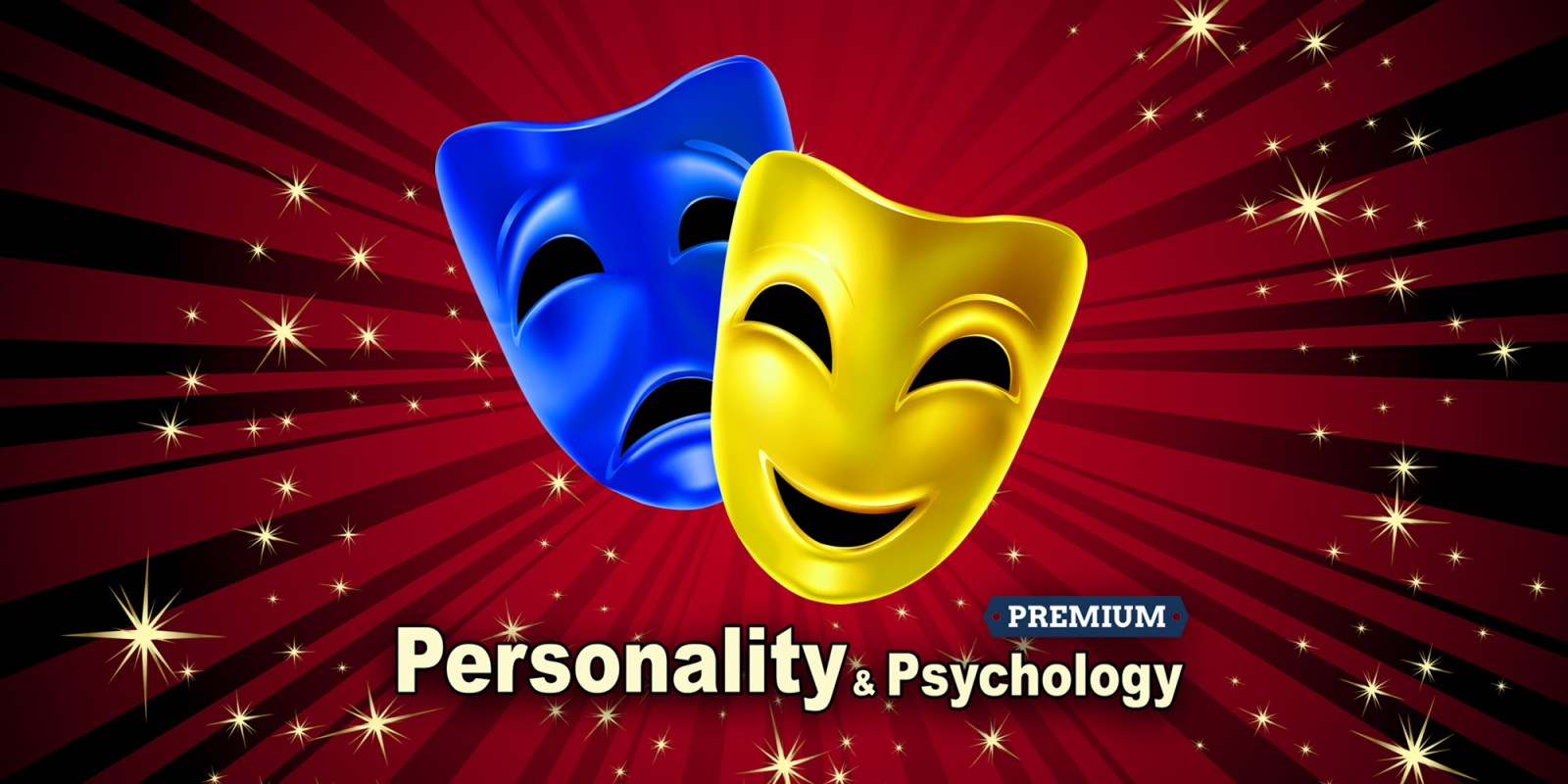 We’ve all fallen down the internet rabbit hole that is Personality and Psychology tests. First thing you do is click on one link to find out which Ninja Turtle you are, and the next thing you know, it’s two hours later and you’ve now found out which picture represents your soul, what your birthday tells you about your love life, and how your eye color might determine your earning potential. No? Just me?

Well… Crazysoft has brought that addictive, guilty pleasure to the Switch in the form of Personality and Psychology Premium. It features 59 tests to take that will possibly give you some insight into your personal self, some of which might even be a surprise to you!

The app is divided up into two different sections- Serious Testa and tests for fun. There are 32 of the former and 27 of the latter, but I would argue that there is a bit of overlap between the two categories depending on your personal enjoyment.

Serious tests are broken down into five different sections. For some strange reason, the last two sections are both labelled with a D (instead of D for the fourth, and E for the fifth). The Inside section deals with feelings concerning happiness, guilt, freedom, obsession and stress.

The outside at first seems like a misnomer, but it deals with how you deal and interact with the outside world. These are questions about how you come off to others- tough, adventurous, stubborn and ambitious. As for the third section, it concerns your actions. Do you take risks? Are you wise, shy, energetic, friendly, or responsible? The others section asks if you like change, free will, if you’re racist, capitalist, or tolerant.

The last section concerns sexual matters and is one of the biggest reasons behind the more mature rating for the overall game. There are quite a few results in the tests for fun section that have sexual content, as well, so be forewarned that you will find sexual material even outside of this section.

It is important to note that even though these tests are “serious”, they do remind you that the results are kind of just for fun and that just because there is a “normal” score, doesn’t mean that you’re better or worse than normal, just shows your score in relation to some undefined average. Tests for fun are broken into four different categories that aren’t as neatly defined as the serious test section. Many are one selection tests (pick a symbol, color, picture, animal, and then it assesses your personality based on this selection.)

Many of them ask a series of questions that is a word association of types, these questions ask you to type an answer and then the app later plugs what you’ve typed into a predetermined spot (…the name of the person on the first line is who you truly love, for one example), while others are multiple choice questions.

You can have multiple peoples’ test results saved under the same profile. However, all it saves is the percentage of your results in the tests which ask you questions, and the analysis of those results. This actually ensures a bit of privacy for people taking the tests, because others that have access to your account can’t simply go back through and read all of your answers or selections. This is a nice feature to have, even if it isn’t intentional.

Personality and Psychology Premium is an interesting little app with some fun quizzes, and it’s obviously an app, not a game. It seems hard to judge it based upon that, so really I will gauge it based on the assumption that you are a person interested in the content.

As such, the variety of tests on offer will keep you occupied for a little while, and I have found that the result analyses stay fairly consistent when given related subject matters.

A drawback that I found is that it seems a lot of the relationship related tests, and the sex ones in particular, are written for a younger adult audience. It isn’t unusual to assume that 15-23 year olds are probably the target audience for an app like this, but it comes off a little condescending when reading from the perspective you have after ten plus years in the same committed relationship.

The translations are done fairly well, for the most part, but there are definitely some sentences that you will have to read over a few different times to catch the meaning. These seem more like outdated uses of terms and sentence structure than translation errors, as if the person in charge of translating referenced an English style guide from the 1950’s instead of the 2000s’.

The controls are pretty straightforward, and is compatible with handheld and docked mode. I found myself liking a combination of the two control schemes- using the analog stick and face buttons to navigate menus and select which test I wanted to take, but preferring to use the touchscreen when making multiple choice selections and/or typing in responses.

The menus mostly have smaller panels to click on than the answer choices, and touching the test name doesn’t necessarily start the test for you, but pressing the A button will.

Personality and Psychology Premium is a solid entry into an app category for the Nintendo Switch. It isn’t going to appeal to everybody, but it should be received well by its younger audience (15-23), but probably a bit too much sexual content for younger kids (even if it is only text). Thankfully, the developer did rate this M for Mature in NA, and it carries higher ratings in the other territories, as well.