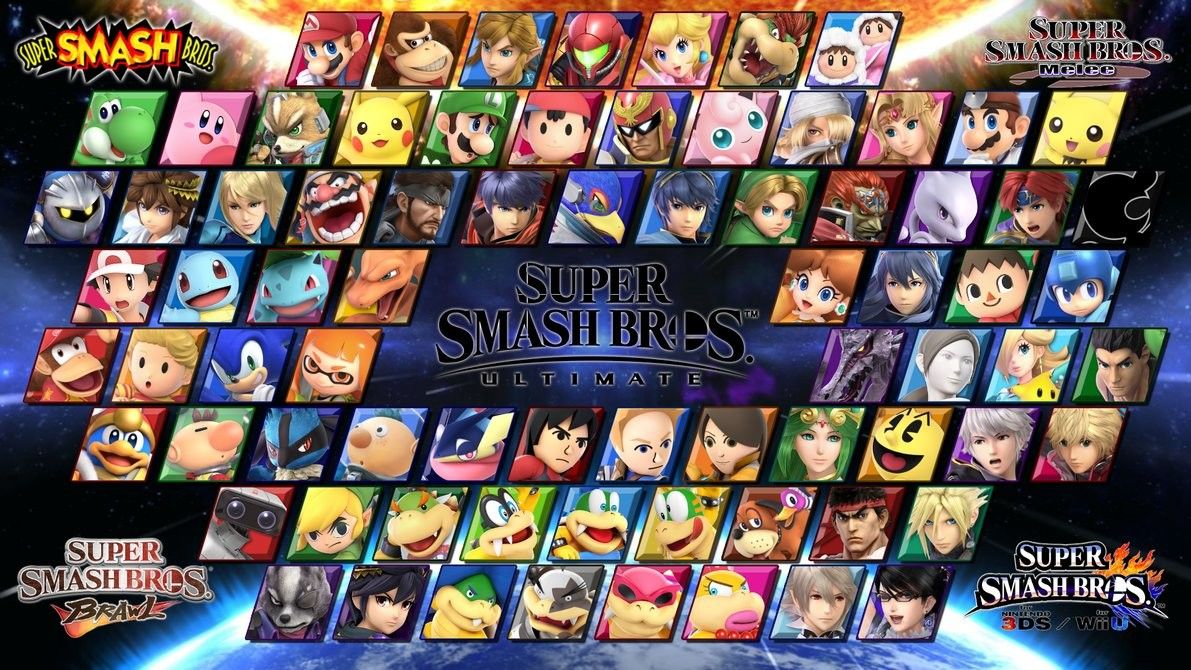 [Guide] The Many Ways to Unlock Every Character in Super Smash Bros. Ultimate!

*Warning! The following guide is still a work in progress.

Whether you received Super Smash Bros. Ultimate a couple of days early or got it on launch day, the latest game in the iconic Smash series is available now and with it, comes the gruelling task of unlocking fighters!

With the base roster consisting of 74 fighters (not counting the Pokémon Trainer’s Pokémon separately,) and only 8 fighters available from the out-set (Donkey Kong, Fox Kirby, Link, Mario, Pikachu, Samus and Yoshi,) there is a total of 66 fighters to unlock, but don’t worry as there are various ways and methods in which to unlock them. These ways in fact:

And now, we’re going to break down how character unlocking works, via information that has been shared by various gamers, IGN, Polygon and by one of our reviewers who has the game in Australia:

When it comes to deciding to unlock every fighter from World of Light, this is the longest way you could go about doing it, as it is a very time-consuming affair.

You see, whilst a gathering of fighters can be collected early on, to get them all with World of Light, can take between 18 and 30 hours and when you do start playing through the Adventure Mode, you will be limited to Kirby until you unlock your first fighter.

A list of the unlockable characters from World of Light and where to find them, can be seen pictured below:

Additionally, a Google Spreadsheet by GusBus6Volt, /u/k1ngm3, @zach_min, @ChirozDR, which contains the picture is a photo of, can be accessed by clicking here.

For the players who wish to attempt to go after very specific characters such as Ridley and Inkling, what you will want to do is play through Classic Mode. By beating the whole thing with the character you selected, a fight against a new challenger will be triggered.

Beating the challenger will allow you to unlock them, but each fighter you choose to play as have their own path of fighters they can unlock. For example, should you play as Samus, you can unlock Inkling. Once you have Inkling though, whether you play as Samus again or as Inkling, you’ll then unlock Wii Fit Trainer as the next person in Samus’ path.

Should you unlock every character in a path, although you can move on to another character and playing through their path, you can still play as Samus and as those she can unlock, as you can then start unlocking characters on another fighter’s path with every Classic Mode completion.

As for the actual paths, composed of information from IGN and a Google Spreadsheet by GusBus6Volt, /u/k1ngm3, @zach_min, @ChirozDR, reveals the following:

*Fighters such as Cloud, Dark Pit, Richter, Toon Link, Wario and Young Link are still being looked into at this time.

Quick Route – Unlocking Characters with Vs. Mode and Player Input

In the event you feel unlocking characters with World of Light and Classic Mode aren’t quite quick enough for you, there is one way that is a lot faster. Instead of new fighters being unlocked based on play time and KO’s, it is player input that counts. (Player input being you actually playing the game in matches and actively engaging/brawling.)

By vigorous button mashing/mashing, it is possible to trigger a fight against a challenger every two minutes, especially if you are playing with a friend as Super Smash Bros. Ultimate will actually advise players in-game that challengers are more likely to appear sooner if there are more people playing. (These is due to more players mashing buttons, resulting in more player input.)

It’s worth pointing out there are various reports regarding this means of unlocking challenges though as some insist it is possible to keep playing matchings, whereas some are playing a match, beating the challenger and then closing the game only to repeat the process. One of those people with the game though, is our very own @roooorai and the method he has been using and swears by:

“Open the game, go to Smash, then create a rule set that’s like 1 stock and set a level 1 CPU, use that preset to finish the match quickly. Fight the challenger. Regardless of if you beat them or not, close app and rinse and repeat. You can rematch challengers you’ve failed later on at the Challenger’s Approach.”

Now that we’ve covered the ways and methods for unlocking characters, it’s time to bring up something as equally as important, tips:

We hope you found this guide helpful and wish to remind you that it is a work in progress, so the information is constantly being updated and any tips or comments you wish to share, are most welcome.