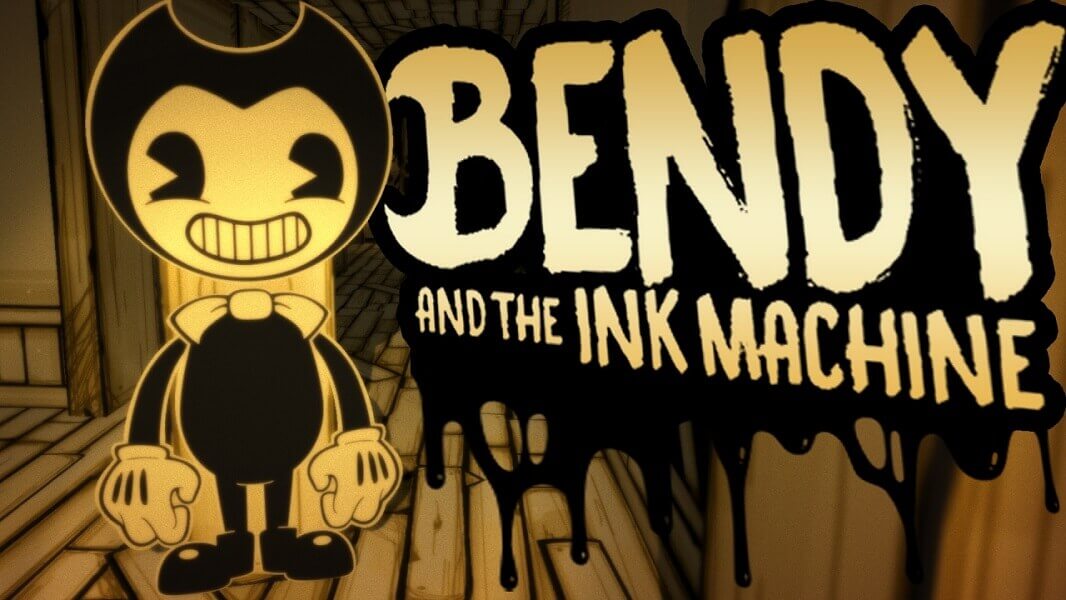 Bendy and the Ink Machine finally splats onto Switch, but does this creepy adventure live up to its hype?

Horror is one of the most fascinating game genres for me. It’s hard to pull off, but when done right, can create a memorable and adrenaline-pumping experience that usually sticks with me for a while. Bendy and the Ink Machine is an indie game I had been looking forward to for over a year now, and it is unfortunately not one of those games.

It is a survival-horror game that focuses heavily on its story, and while I love a good story-based game, and was super pumped to experience Bendy’s, ultimately the game falls flat on its face and disappointed me to the point that I found myself feeling physically angry after playing it.

Bendy and the Ink Machine is made up of 5 separate chapters, each one advancing the story-line further and further. The story is fairly straightforward, you play as Henry Stein, a co-worker of Joey Drew Studios. You receive a letter from the owner, Joey Drew, inviting you back to the old workshop – and this is where the madness begins. The first chapter is insanely good.

There is a lot of quirkiness and some actually spooky scenes. It distils horror into the audience by building up tension and creating a mystery rarely seen in a game like this. It is definitely the game’s high-point, and I found myself replaying Chapter 1 a couple of times, as I found it interesting to go back and look at the details I found myself missing the first time around.

Chapter 2 is almost as good as the first, it builds upon the basic foundation that Chapter 1 laid down, as well as introduced some new game mechanics, character and plot-lines. I found myself enjoying the first two chapters of the game immensely the first time around, which was definitely where a lot of my expectations and hope went.

Chapter 3 was where my disappointment began. It introduced some fairly unique and interesting features, but lacked in variety, as it was essentially a huge gathering quest. It got boring and tedious very fast and was drawn out for far too long – towards the end of Chapter 3, I just found myself wanting it to end as fast as it began. Chapter 4 of Bendy was mediocre.

It wasn’t terrible, but it never reached the same level of ‘good’ as the first two. It introduced and built upon more characters, interactions and plotlines and included some fairly good moments, such as two interesting-yet-easy boss fights that I found myself wanting more of in the game. Chapter 4 felt a lot more like a story filler, as it was apparently more fast-paced, to lead up to the finale.

As for Chapter 5 of Bendy and the Ink Machine, it felt like an insult to everything that came before it. It felt rushed, it felt clunky, it felt glitchy and the ending to the story has to be one of the worst endings I have experienced in years. I couldn’t believe my eyes during the end of the game, it was such an insanely backwards and disappointing ending that I just felt physically angry. The final boss fight was boring, easy and the final scene was one of the most mind-boggling, and unexpectedly anticlimactic story endings ever.

Aside from the story, Bendy and the Ink Machine doesn’t impress – the gameplay (on the Switch at least) felt clunky, slow and tedious. The game pushes exploration as one of its main factors – you explore areas, solve puzzles and occasionally hide from or fight enemies.

While the environments in Bendy are usually just a mish-mash of doors, corridors and rooms, it still felt like it fit the theme and was generally used fairly well, with little secrets and small details carefully placed around the map to foreshadow or explore the story deeper. The puzzles in Bendy are fairly straightforward, during my playthrough, there was only a select few I got stuck on – and most of the time it was due to something I couldn’t see because of the lighting.

Combat in Bendy is not good, it’s extremely awkward and glitchy to the point that I found myself wondering why combat this bad existed in the game to begin with. To rub salt in the wound, there’s an entire segment during Chapter 5 that has you kill waves of enemies using the insanely horrendous combat system.

While playing Bendy and the Ink Machine, I couldn’t help but feel bored. Movement, combat and puzzles all felt extremely slow. There’s a run button to speed things up, but the difference is hardly noticeable, and pushing down on the left analogue stick the entire game started to become difficult and tedious.

Bendy would feel way better with remappable controls, as a lot of the time, most buttons felt unused and some commands felt awkward to execute. Chases within the game felt really slow and not-at-all stressful and I found myself not caring if I died since none of the progress is lost at all. Because of this, I found myself not struggling playing Bendy, as the difficulty is almost non-existent, which is a shame.

After completing Bendy and the Ink Machine, you will gain access to The Looking Glass, an item that can allow you to replay old chapters and discover secret messages and a new hidden chapter, the Archive. The Looking Glass doesn’t change anything about the game, it just allows you to sometimes find hidden easter eggs and secrets in past chapters and is a fun tool to mess around with if you want to go through the old chapters again. The Archives chapter wouldn’t load at all for me.

No matter how many times I restarted the game, it would stay on the loading screen for upwards of an hour. It is essentially a menu where you can view old models from the game, comparing them to the newer, remastered models, and where you can explore artworks and other in-game items. It’s a cool gimmick, but once again, doesn’t add anything interesting to the game overall.

Bendy has an incredible art-style. It combines vintage, old-school cartoon animation and textures with a creepy, almost empty vibe due to its lighting choices. It’s pleasing to the eyes from start to finish, with my only gripe being that the game can be a bit too dark at times.

It’s rubber hose animation style, as well as references to old cartoon characters and the illusion of a living, breathing world sucks you right into the setting of Bendy and made it feel fleshed out and connected, with every area feeling closely related and not wildly different from the last. Its graphics are definitely a feat, and a unique one at that, and if you love the animation and art style of games like Cuphead, then you’ll love Bendy’s too.

My absolute favourite aspect of Bendy and the Ink Machine is the character designs. Each character, enemy and side-lore felt fleshed out, unique and interesting and every time I came across a voice-recording, I found myself paying attention and becoming invested in the lore and characters.

The enemy design is fantastic; while searchers may be pretty basic (a blob of ink), the bosses and main enemies such as Ink Bendy, The Projectionist, Sammy Lawrence and the Butcher Gang all felt insanely new and fresh, despite still having the nostalgic and awe-inspiring vintage cartoon theme attached to them.

Bendy and the Ink Machine has some really great sound design. The music is reminiscent of that used in the old vintage cartoons, but with a scary and ominous twist. Silence is key in Bendy though, as it will try and portray creepiness (although not that effectively).

Sound effects are used to distil fear and mystery into the player and dialogue is used as an effective story mechanic through the use of randomly scattered voice recordings. The voice actors used are very good and sound genuinely realistic and involved, however, the layers of audio-manipulation used to make it sound old can really screw up the recordings, and because the manuscripts are so small and low quality, I found myself struggling to listen to a lot of them due to how either quiet or distorted they were.

After waiting for Bendy for a while, the full game severely disappointed me. What was promised to be a unique survival horror game ended up being a four-hour, boring walking simulator with some minor horror elements and interesting yet extremely underused setting. While the story held a lot of promise for the first two chapters, all of the mystery, suspense and uniqueness of the game fell flat after that, and once completing the game, I felt unsatisfied and cheated.

Ultimately, Bendy and the Ink Machine is not worth it, and if you really want to experience the sub-par story and indulge in some really quirky, inspired graphics, then I’d just recommend watching a playthrough online, especially due to how unfun the game is to actually play.