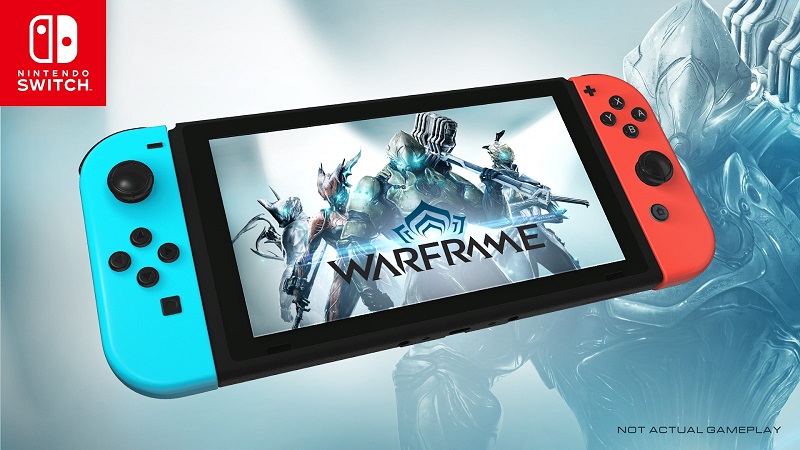 Ninjas Play for Free! Warframe is out Now and has a Free Starter Pack of In-Game Goodies

Warframe launches on Nintendo Switch today and players who download it from the get-go can pick up a free starter pack. The Warframe free starter pack is available until December 4 at 11:59 PM ET and can be collected in the player’s inbox.

Below is the full list of rewards that you can get in the Warframe Free Starter Pack:

50,000 Credits
The legal tender of the Origin System. Credits are used to buy new Weapons and Warframes, but they’re also used to upgrade Mods — the primary source of gear power in Warframe.

3-Day Affinity Booster
With this Booster, all of your gear will rank up faster. As you play, your Weapons and Warframes will gain Affinity and rank up. Ranking up increases the Mod Capacity of an item, so you can equip those upgraded Mods.

Orokin Reactor
Immediately doubles the Mod Capacity of any Warframe. Install this Reactor on your Warframe’s Upgrade screen.

Orokin Catalyst
Immediately doubles the Mod Capacity of any Weapon. Install this Catalyst on your Warframe Weapon’s Upgrade screen.

Forma
When a Warframe or Weapon reaches max rank, you can choose to install a Forma on the Upgrade screen. Forma resets the rank of an item back to 0, but it Polarizes a Mod Slot to save on Mod Capacity. Forma is mostly used later in the game, but when you’re ready, it’s there for you.

If you would like to receive these gifts, you will have to first complete Vor’s Prize in the game. There is also a new launch trailer, which you can see here: