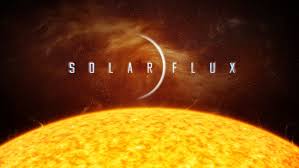 If you enjoy your intergalatic puzzle games then you may be interested to know that Firebrand Games’ Solar Flux is coming to the Nintendo Switch. Solar Flux will launch on December 11th and has you piloting a small spaceship around dying stars. You have to collect balls of plasma and take them back to the cores of the dying stars so they can reignite again.

If you would like to know more, you can find out below in the official Press Release below. There is also a trailer as well.

BLAST INTO DEEP SPACE TO SAVE DYING SUNS ON DECEMBER 11

CAPE CANAVERAL, FLORIDA, November 20, 2018 — Independent developer Firebrand Games announces the launch date for their critically-acclaimed space puzzle game Solar Flux on the Nintendo Switch. On December 11th, Switch owners will be able to purchase the title, which was previously published on Steam and Mobile platforms.

In Solar Flux, players take on the role of a ship tasked with reigniting the cores of stars on the brink of burning out. They accomplish this task by collecting balls of plasma and firing them into the dying stars. However, the natural dangers of space present hazards to the player as they wind between asteroids, black holes, and the still-blazing stars themselves as the ship works toward their monumental goal.

Simple to play but with immense depth, Solar Flux aims to capture “a combination of traditional puzzle mechanics, coupled with the serene beauty and unknown that are everywhere outside of our world,” says Creative Director Alex Knight and truly succeeds at it. 80 missions that take place across four different galaxies are in the game, each with the amount of polish you would expect from a developer located right at the heart of the United States’ space program, Cape Canaveral.

The teaser trailer for the game showcases the player’s vessel as it works toward its mission by collecting the plasma orbs and sending them to the stars. The ship winds between asteroids and other hazards in breathtaking deep-space vistas while a soothing, contemplative soundtrack keeps them focused on their monumental task.