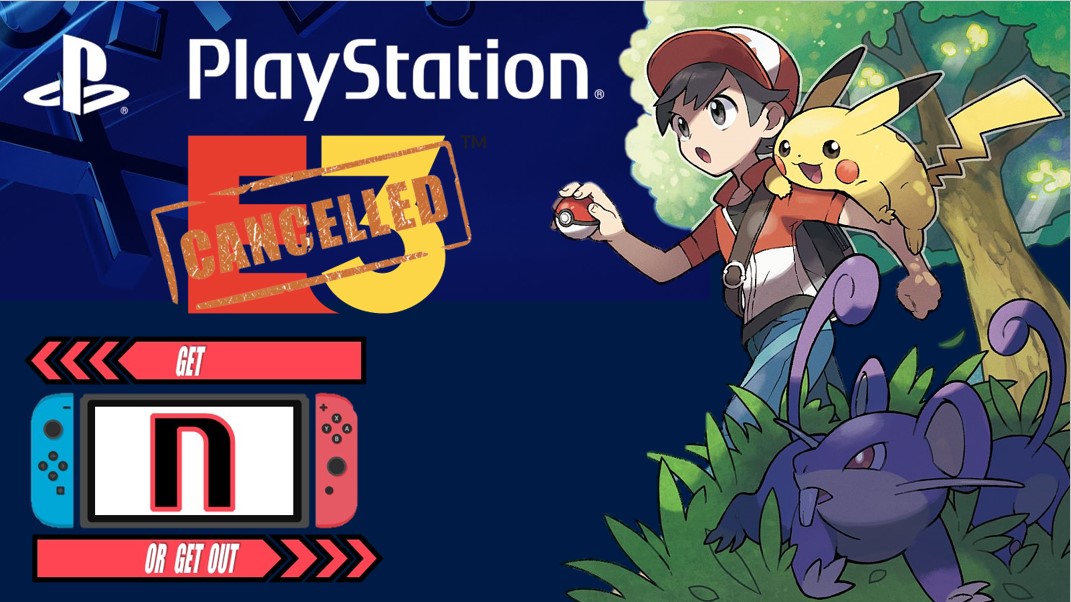 GET N OR GET OUT NINTENDO PODCAST EP. 70 – Sony Copying Nintendo by leaving E3? Pokémon Let’s GO impressions and that $12 million dollar lawsuit

Welcome to Episode Seventy of the Get N Or Get Out Nintendo Podcast where we discuss all the Nintendo news live for your entertainment. In this episode, Caleones (Sergio Acevedo), and Dantes talk about Sony leaving E3 and if they will copy the Nintendo Direct Format, we go into an in-depth discussion of Nintendo’s $12 Million Dollar lawsuit and finally we give our first impressions of Pokemon Let’s Go, Pikachu and Eevee! for the Switch. Also, we discuss the Nintendo news for the week of 11/12/2019. (Originally aired: November 18th, 2018).