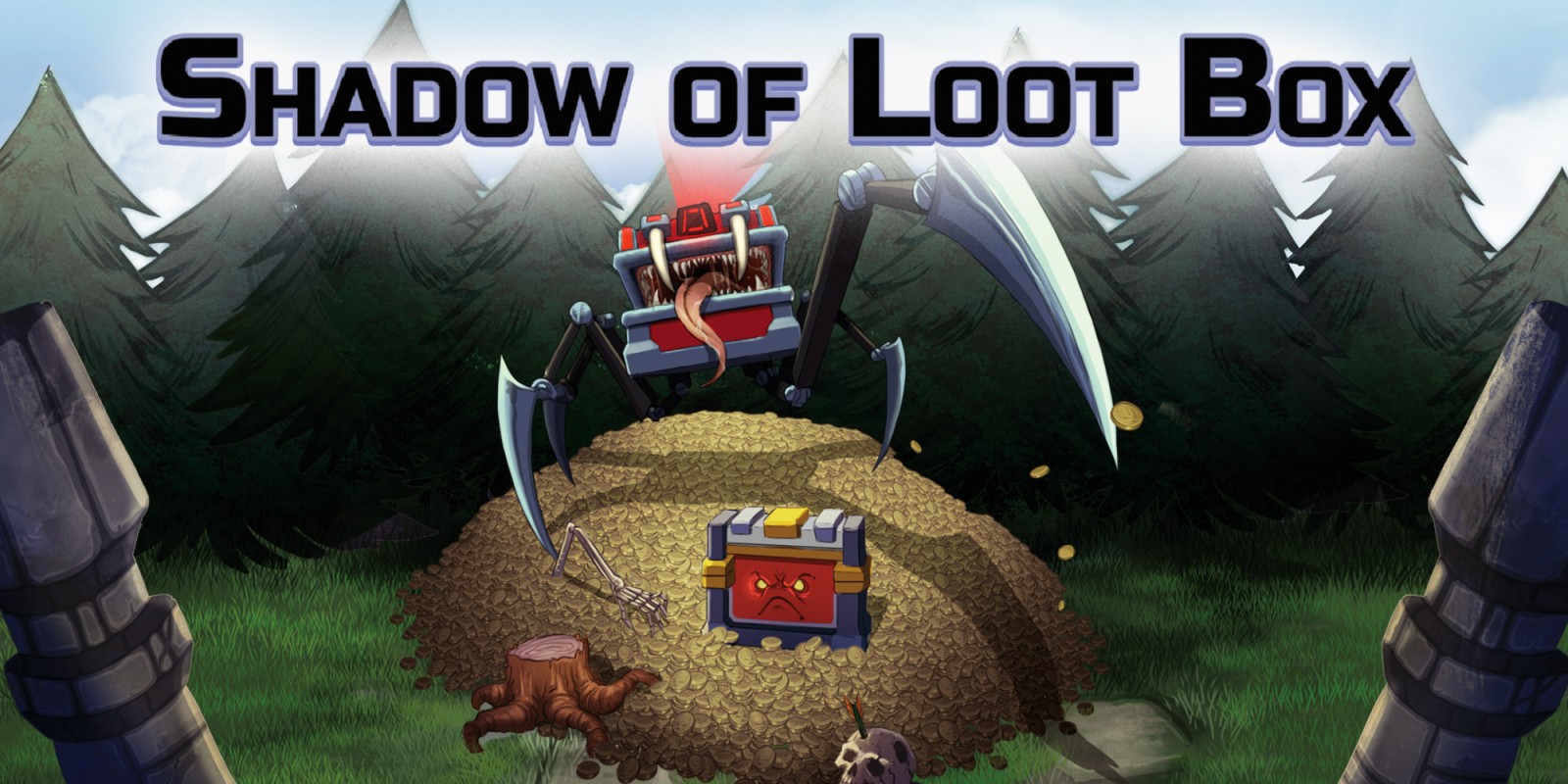 With modern video games being littered with errors, bugs, loot boxes and micro transactions, one game aims to bring to light all of these issues in a purpose-made game known as “Shadow of Loot Box.“

Created by One More Dungeon developers Stately Snail, Shadow of Loot Box is a first-person shooter that takes all the elements that rear their ugly head in modern video games and shows them under a new light. Each of the 16 levels in the game, are based on a particular trend or bug like poor model placements, buggy controls or pay-to-win mechanics. This is both part of its appeal and also it’s Achilles’ heel because what can make a game particularly annoying can still be annoying even in jest.
Shadow of Loot Box was developed using the Unity Engine and bears a “Minecraft-esque” resemblance with blocky pixel graphics. The environments look reminiscent of the first generation games of the Nintendo 64 and PlayStation era. The in-game menus are rendered to look pixelated, including the text and icons. The models in the game are made up of polygons, like the enemies, NPC’s, trees, and crates. Shadow of Loot Box isn’t the best looking game on the market but it does have it’s moments.

The level music is subtle but never really picks up when anything close to interesting happens. The sound effects are pretty generic and offer very little satisfaction as it is the same three or four sounds replayed over and over again as you collect Loot boxes, health, or keys.
Gameplay is rather simple and each level is based on a general rule. Most are focused on level progression-like earn experience or achievements, kill the boss and fulfill side-quests. Other level objectives have you try to overcome game bug issues like walking over an invisible misplaced bridge or interacting with missing floor panels whilst blocks and barrels are floating in the air.

The enemies in the games take on the form of “Loot crates” and can scurry around on mechanical legs like spiders. Other Loot Crate enemies hover over the floor without legs and self-destruct when in close proximity of you. You can defend yourself with a number of weapons like the pistol, shotgun or automatic rifle once you obtain them. The trouble with the enemies is that they take a battering before they perish and you will constantly spend time running backwards whilst shooting, in the hopes you can dispatch them before they reach you.
You can “upgrade” your weapons as you level up and can unlock skills. Most of your basic skills like jumping and interacting with objects, you will learn on Level 1. As you venture further, you will be able to unlock more health, increase ammo drops or improve weapon damage. The damage increase skill is handy but it is only good if you can hit the fast moving enemies. Aiming can be sluggish and awkward which, does not make things any easier. You can’t outrun enemies either so you have no real choice but to dispatch them and hope they come into your cross-hairs so you can get some pot shots off.

There are benevolent Loot crates that you can collect which will reward you with experience, weapons, ammo or health. You also start out with a limited amount of funds that you can use to buy common or premium Loot boxes for better items. Some levels also offer key items that you can use to complete the level easier. Funds are finite but there are some levels that have special $ icons that will allow you to earn some funds whilst watching “ads.”
Movement is controlled with the left joystick and the right joystick controlling the aiming. B is to Jump and A is to interact with objects. You can cycle through weapons with the L and R buttons and fire with ZR. Controls can be buggy at best. Sometimes it is intentional, other times I am not so sure. Jumping can be laggy at times and interacting with objects is a very precise affair. The screen has to line up specifically before a hand icon appears so you can actually interact with it. Navigating through menus can be disorientating, especially the Loot box menu. It is not very clear where the highlighted icon is at times and you end up changing screens or returning to the game.

The Shadow of Loot Box is not a terrible game. It has its quirks and I get what it was trying to do. However, I fear that it would have been a much better game if it didn’t try to demean itself by being so “Loot box” centric. Some of the levels are a joy to travel through and if the enemies weren’t so bullet resistant, I would have enjoyed it much more. It is a pleasant enough game but for $7.99 on the eShop, I would wait for a sale because the game is very short and there is very very little replayability. I suppose DLC could be on the cards for a game about cut content, though I wouldn’t really want to pay any more than I needed to.