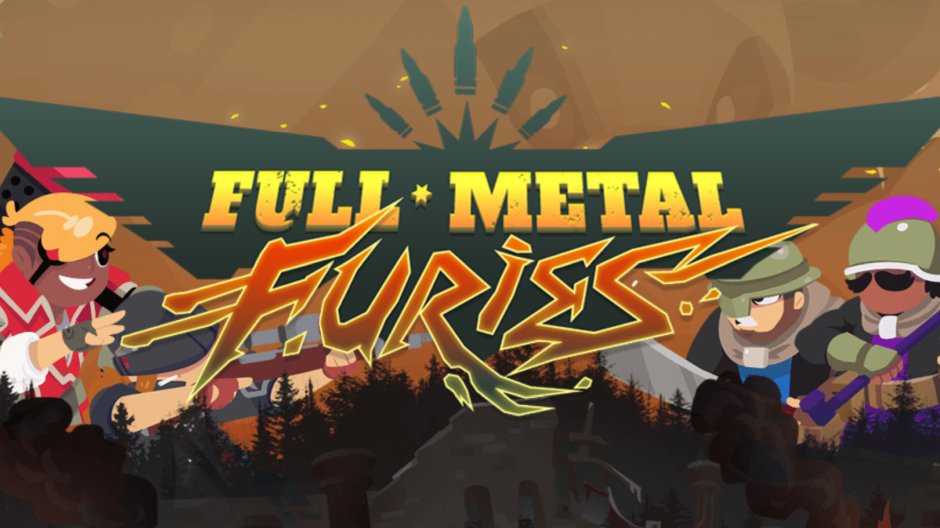 Full Metal Furies, from developer Cellar Door Games creators of the superb Rogue Legacy, a modernized RPG-laden action brawler for up to four players, with a steady emphasis on teamwork. You can tell the developers tried to create something unique and largely succeeded. However, some puzzling decisions hold it back from being the penultimate experience for anyone hankering for a beat ‘em up.

Full Metal Furies takes place in a world ravaged war with mythical creatures that have descended upon the land and starting an all-out brawl to see who will become the next god. Unfortunately, the humans are caught in the crossfire, but there is hope in the form of a small all-female resistance group known as the Full Metal Furies. The narrative is not the most original by any means, but the plot is not the main selling point. The dialogue is charming, more so than funny, and the writing has more hits than misses making you grow to appreciate the women more and more before the end.

If you’re expecting a great multiplayer brawler on par with Castle Crashers and Scott Pilgrim, Full Metal Furies may not hit those high marks, but there is enough here to make it an enjoyable adventure. Starting with the basics, there are four characters to choose from and all are divided into specific class types. Triss is the squad leader and the main melee specialist The Sentinel using a shield to attack, Meg is The Sniper armed with a high powered rifle, Erin is The Engineer armed with a pistol, and finally, Alex is The Fighter armed with a hammer. Except for Meg, they’re all easy to get accustomed to with Meg having a great range with extreme power and works better with multiple players versus by herself.

If you do decide to play by yourself, you actually get to choose two characters that you can swap on the fly during battles and they each have their own health bar and can be revived. This is a major positive as Full Metal Furies is definitely a difficult title and you should know this if you’ve played Cellar Door Games’ previous game Rogue Legacy. The challenge may be off-putting to some players but is fair if you learn the intricacies of the gameplay.

What made Rogue Legacy great was that even if you failed progress would be carried over if you invested enough time to become naturally more gifted at controlling your character, along with getting stronger stats to survive longer. The same base principles can be applied to Full Metal Furies, but unlike Rogue Legacy, there is a setting in the options that allow for the difficulty to be lowered, at the cost of receiving less gold.

Full Metal Furies is designed with you traversing a world map similar to other modern brawlers. There are main missions to move the story along, but there are also many optional challenges to net your squad more gold, better equipment, or secrets. Gold is used to level up your characters via a skill tree that can increase stats like health or grant you new/upgraded skills. It can also be used to develop new equipment via blueprints you find during the adventure.

Each character has four moves and four variations of that skill in the gear menu, with a total of 16 altogether for each heroine. Using skills in battle will level them up and give your profile a buff to maybe increase the overall HP of all your fighters. Also, it should be mentioned that you create your own loadouts and level up in camp with well-designed menus and a litany of random objects you can interact with.

Combat is based around the gameplay of a beat ‘em up, but it also falls in line with shooters and other brawlers as well. Basically, attacks and projectiles are going to be flying at you, making everything on-screen somewhat chaotic at times. Not only that, but melee enemies aren’t the only thing you have to worry about. Occasionally, there will be traps you have to avoid and shield bubbles that protect enemies corresponding to a certain character’s color, meaning they can only break that particular barrier.

The music and soundtrack for Full Metal Furies stands out, with the music at your camp being one of the best tunes I’ve heard in a while for any game. Similarly, the visuals are fluid, colorful and pixel-based with some lovingly crafted animations for each character. This feels like playing an old-school title for a new generation and is definitely a highlight.

Overall, from the leveling up to the actual fighting, Full Metal Furies has an in-depth system that you can play like any other brawler, but you’re going to have a better time if you learn the intricacies of combat. While some characters are better at controlling in combat than others and there are some brutal difficulty spikes, Full Metal Furies is a fun and enjoyable beat ‘em up that takes the established formula and adds new elements to make for a unique and challenging experience.