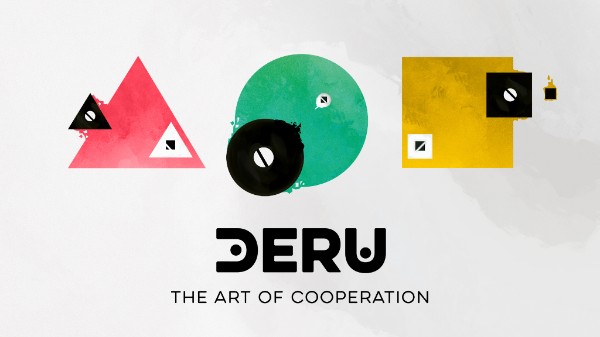 Deru – The Art of Cooperation Launches November 7 on Nintendo Switch

As more and more games get set to add themselves to the line-up of games hitting the Nintendo Switch eShop this November, another such forthcoming release is Ink Kit Studios’ “Deru – The Art of Cooperation.”

Feel free to learn more about this upcoming Switch and PC release with the video and announcement below:

Deru – The Art of Cooperation ready to bend minds on November 7th on PC and Nintendo Switch:

Zurich, October 17th – Deru, the awards winning co-op experience designed by Ink Kit will finally come out on Nintendo Switch and PC on November 7th after 4 years of development. In this couch co-op game, two players must team up to overcome deadly streams of shadow and light only through teamwork, timing, and tactics.

The Art of Cooperation

Watch out for those circle streams! In Deru, the players must block streams, split themselves and juggle their mass to solve together mind-bending puzzles where communication and brains fusing will bring their co-op gaming skills to the next level.

Formerly started as a game jam project in 2014 and then known as “Schlicht” – a rather unpronounceable name for 95% of the world population – Ink Kit took 4 years to carefully craft eye-catching abstract levels that fully exploit the potential of Deru’s original and award-winning co-op gameplay. In Deru the visuals are deeply connected to the puzzles and the result are gorgeous simplistic levels whose solution is probably more than just one corner away.