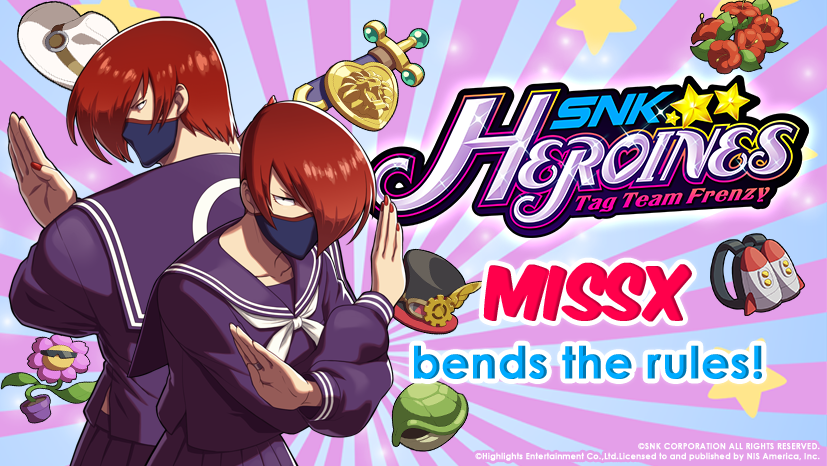 First SNK HEROINES ~Tag Team Frenzy~ gave us Thief Arthur as a DLC fighter then last month, it gave us Skullo Mania, but next month a true blast from the past is coming!

Today NIS America has gone out of their way to reveal MissX will be eligible to join the roster and she will do so when the next update for the game, becomes available on November 15.

Entering the fray in SNK HEROINES Tag Team Frenzy as our newest downloadable character is the one and only MissX! See her in action in her announcement trailer! Don’t let the uniform mislead you; with three costumes and two voice sets, this fighter is ready to school these girls on dishing out pain!

The host of the Queen of Fighters tournament in SNK Gals’ Fighters back in 2000, MissX returns to the arena as a participant. Although she bears a resemblance to another renowned battler, MissX is her own brand of badass! Her attacks may seem familiar, but she’s also got new moves that no one will see coming!

Will MissX make her mark and claim victory as “Belle” of the Brawl? Find out when she becomes available November 15 in SNK HEROINES Tag Team Frenzy for Nintendo Switch™ and digitally on PlayStation®4!