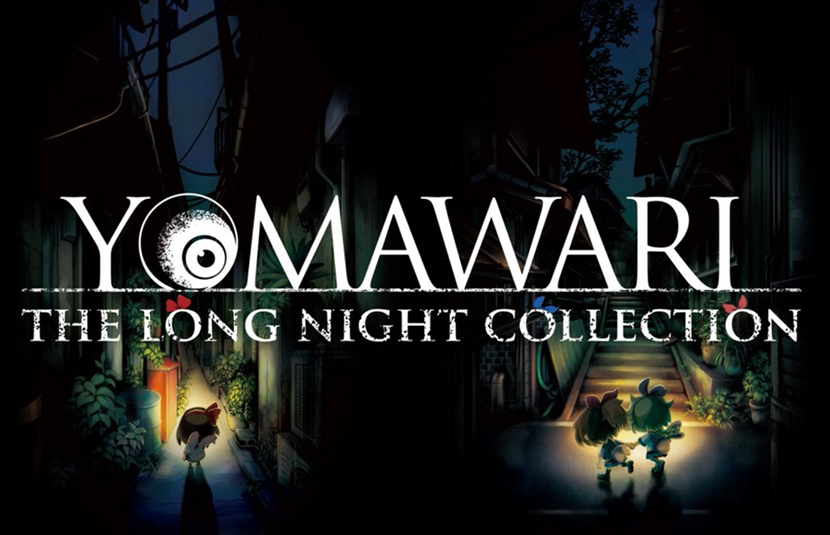 The Yomawari: The Long Night Collection, from developer Nippon Ichi Software and published by NIS America, is a stunning and oftentimes unsettling experience about trying to find someone you love when all hope seems lost. This collection includes Yomawari: Night Alone and Yomawari: Midnight Shadows, and both feature the same heart-thumping premise that the game cites as something you should not divert your eyes from. There are plenty of mysteries surrounding these rural Japanese towns and you will have to hide from an unspeakable horror lurking in the night in order to get home and survive.

Both games are quite different in presentation when it comes to horror titles. Many horror titles use psychological elements and gross imagery to up the scare tactics, but in Night Alone and Midnight Shadows all you find are cute chibi-styled cute character models and hand-drawn sprites which don’t really conjure up fear. Fortunately, this art style is very deceptive as it almost catches you off guard and is actually scarier than many games you can predict will be frightening.

I was always on my toes never knowing what to expect in Night Alone and Midnight Shadows. There is a state of constant dread when your character’s heartbeat slowly grows louder, even if a spirit is nearby or not. Never exactly knowing if a threat is nearby is exhilarating and is only made more unsettling when it could be right across somewhere you can’t get to or right in front of you. The fear is somewhat manufactured though since you never really have to worry about dying due to the forgiving checkpoint system and no fear of losing anything with death.

In Yomawari: Night Alone, you play as the girl—the player-character—who reunites with Sis in the first chapter, only to be separated immediately and indeterminately. Sis apparently drops her flashlight, an important item that the girl keeps and uses to survive her trek around town, for the deadly spirits populating all around town can only be seen via the light.

That is not the only survival mechanic that players are armed with and long before enemies can be seen, the girl’s heart palpitates—slowly at first, and more rapidly in accordance with the vicinity of a malevolent presence. Where the fear truly comes in is when a spirit is nearby in proximity and your character can’t breathe, leading to them moving slower. While it may seem like your offensive capabilities are limited, managing your stamina is essential and help to increase the terror you feel for the characters. Much like in Resident Evil always being left with just enough resources, your stamina is always just enough to escape some troubling encounters.

Many of the gameplay mechanics, and even the stories, are extremely similar in Yomawari: Midnight Shadows to Night Alone, however, one big change is that now you play as two main characters. The story revolves around two close friends Yui and Haru; after they are done watching a fireworks display, they head into the woods to get back to their houses. Unfortunately, they end up getting separated, and the rest of the game is spent trying to reunite them by jumping back and forth between the two.

Thankfully, you end up spending more time as Yui as she has a map and flashlight in her inventory. The flashlight can be used to stun the demons that get in the way, and the map is important for safely navigating the environment and a rather large town. These are definitely “run away and hide” style of horror games. You are unable to perform any combat maneuvers against the monsters and you pretty much just have to play keep away.

To help escape the ever-encroaching danger, you’ll have to manage your stamina meter that depletes while you run away. When you are calmer, you are able to run for a much longer distance; when the monsters close in, you have less and less stamina to work with. There’s definitely a sense of urgency they end up nailing in regards to suspense and just overall uneasiness. This minimalist approach works wonders with there barely being any type of soundtrack for both titles. Keeping the proceedings silent can be a major advantage as you can listen to your foes well ahead of time

Since you’re always defenseless, it is imperative to run and find cover. By hiding in a bush, behind a police sign, or even in a cardboard box, the rest of the world will be blacked out. The entity that was giving chase will often run up to the girl and they are represented by a shifting red smoke-like sprite. For as long as each girl spends hiding, a red pulse is sent out, which pings nearby enemies in a sonar-like fashion. Once all red blips disappear, it is relatively safe to venture out from a hiding spot and to continue the adventure.

Along with navigating the environments, you will have to solve some puzzles and try to get around certain traps. Sometimes the traps can feel a bit cheap at times, but after some perseverance, you can get through relatively easily. Near the end of both titles though, I found that they can really test your patience with an abundant amount of trial-and-error moments which can be very frustrating.

Overall, you will either enjoy Yomawari: The Long Night Collection or not, and if not, these types of games are just not for you. For me though, I found they featured everything a horror game needs, including engaging characters and story, scary monsters and spirits, and frightful towns.

The mechanics and gameplay feel fine, but there’s really not much differentiating between the two and in this way they can feel somewhat too similar. When all is said and done, they both end up being original and thrilling takes on the horror genre and demonstrate how games can be great when created with limited resources.