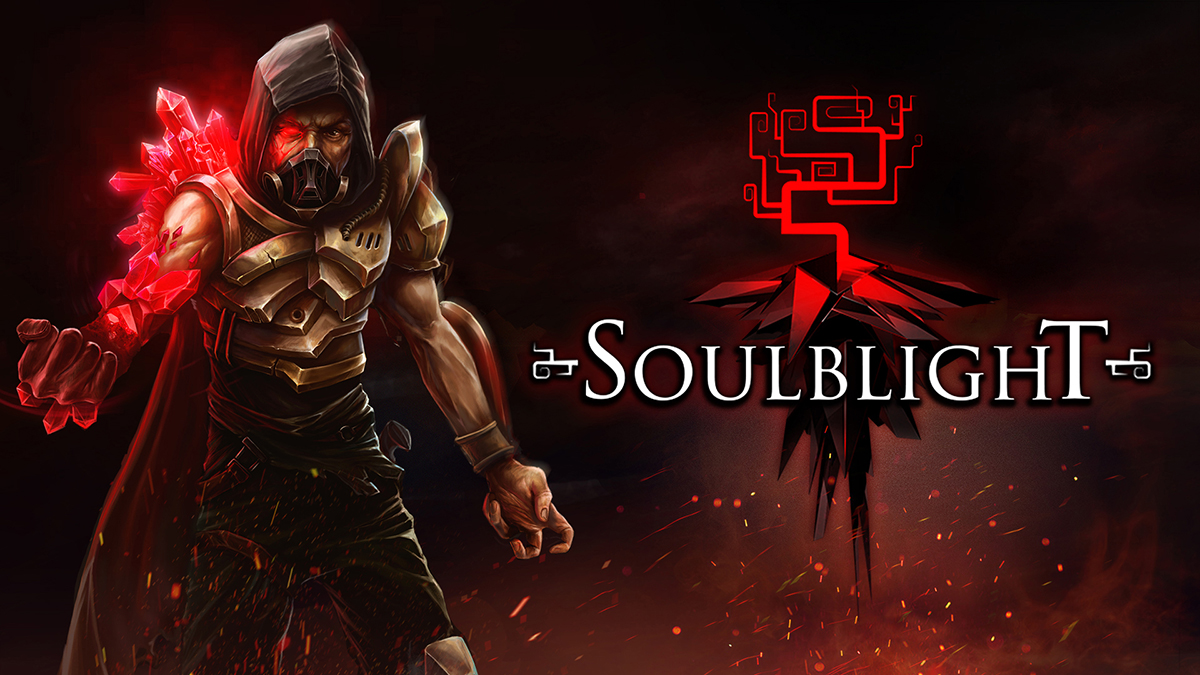 October 8, 2018 7:29 am Published by minusthebrant Leave your thoughts

Developer: My Next Games

Publisher: My Next Games

Almost every title releasing on the Nintendo Switch nowadays has some type of rogue-like/lite element incorporated into the description. Being that it is my favorite genre, I’m usually willing to give any a shot and I was immediately intrigued by the top-down action title Soulblight from developer My Next Games.

In the world of Soulblight, everything in the environment is shifting around you as you try and make your way through the unforgiving enemies and obstacles. The art-style and the details in the environments are extremely well done for being a top-down action-adventure title, and at times it really did make take a step back to appreciate what the developer crafted. You are placed in a shattered reality named the Great Citadel and your main objective is to reach the Soul Tree, or Tree of Life, by defeating three bosses in one dungeon crawl.

Your adventure will take you across multiple areas where you’ll have to slain multiple enemies and open specific chests to find a missing gear in order to activate gate to advance. The story isn’t anything special, with it being your typical quest-to-save-the-world narrative, but it does keep the action moving along. Each time you die, you will respawn in the Sanctuary to retrieve any previously dropped off items and go back into the dungeon.

Dying happens frequently in Soulblight and when you die, everything you had collected during your previous run will unfortunately, be lost. You can store certain items while on your quests in a storage chest and this is necessary in order to have any chance of advancing. In the opening area, you basically choosing your path in order to get to the boss at the end of the dungeon. Depending on the path you take, each one will offer different strengths, weaknesses, and rewards, as well as giving you certain items that will aid you, mostly including a weapon, piece of armor and consumable.

There is a big focus on RPG elements in Soulblight and you can also have influence depending on your choices whether you act good or evil with the Tainting mechanic. With all the different paths you can take on one run, every dungeon crawling experience will feel different and features some choices that will give you strength or cause damage to you as progress. The Tainting mechanic defines the overall experience and is what makes Soulblight rely more on just its RPG elements.

Each Taint grants your character with certain traits that may start out as negative, but as you progress and use them they can have a positive effect overall. For example, the Alcoholic trait might not seem favorable at first because as long as you remain sober you will be weaker. However, if you do end up getting drunk this trait will benefit you greatly the further you make it in the dungeon. The Tainting system has your role-playing in real life with different conditions offering both a positive and negative impact.

Another gameplay mechanic is the use of Synergy and it represents power and the strength of your character. There are certain items in your inventory that will either increase or decrease your Synergy, so it’s all about finding the perfect balance that will keep your character strong throughout. An upgrade system can be used as well and you will need to find recipes in the world before upgrading.

As you explore the environments you’ll be searching through chests, which may need to be lock-picked, and purchasing items in shops with the gold bricks that can be found to make your character stronger in battle. During some battles you may sustain wounds and you will need bandages to stop bleeding, or even stitching needles to close a wound that does damage to you over time. Some animals can also be found in chests, like a frog which you can kill to eat, but it may effect you later on by choosing to kill an innocent creature.

Combat in Soulblight is heavily focused on stealth, stamina, and defense. You can perform distant damage and ‘grip’ damage on your opponent, which is basically a way of dealing melee damage. Some strategy might be required as usually you can’t just go in hacking-and-slashing and expect to live. Dashing away from enemies is important to evade attacks and sometimes keeping a distance and mixing in long range and short range attacks is a successful formula. If performed correctly, you may pull off a ‘perfect block’ (parry) that will slow down time for a short period to lay down some devastating blows.

Stealth is also a viable alternative to combat and instant kills most enemies. You need to look out for the red indicators to see where enemies are facing, then sneak between them for the kill. The choice is up to you whether you want to take out enemies one-by-one with stealth or just go all out. Unfortunately, the combat and stealth mechanics feel clunky and really aren’t implemented or optimized well for the Switch. Combat ends up becoming more of a chore and something to avoid, rather than to relish. Also, there are too many framerate issues and slowdown that can affect the gameplay.

This is a shame because I’m a huge fan of rogue-like titles and any type of game with rogue-like elements, but in Soulblight‘s case, it’s basically irrelevant. Each level may be different from the last, but with the limited level components, enemies, and loot, and the static boss and Taint selection, the differences are only skin deep. The rogue-lite ‘meta-improvement’ concept is implemented by way of some minor bonuses received from fulfilling side-quests for NPCs in the Sanctuary, as well as the previously mentioned storage of limited items in the storage chest, for use on your next run.

Overall, Soulblight starts out strongly with beautifully detailed environments and plenty of areas to explore. Things start to come apart though with the gameplay and I still don’t understand why this isn’t more like a twin-stick shooter. The single-stick controls work, but are not ideal and can lead to some frustration. There are some great ideas in Soulblight, but I can’t help but feel disappointed with the final product.

*Review Key Provided by My Next Games