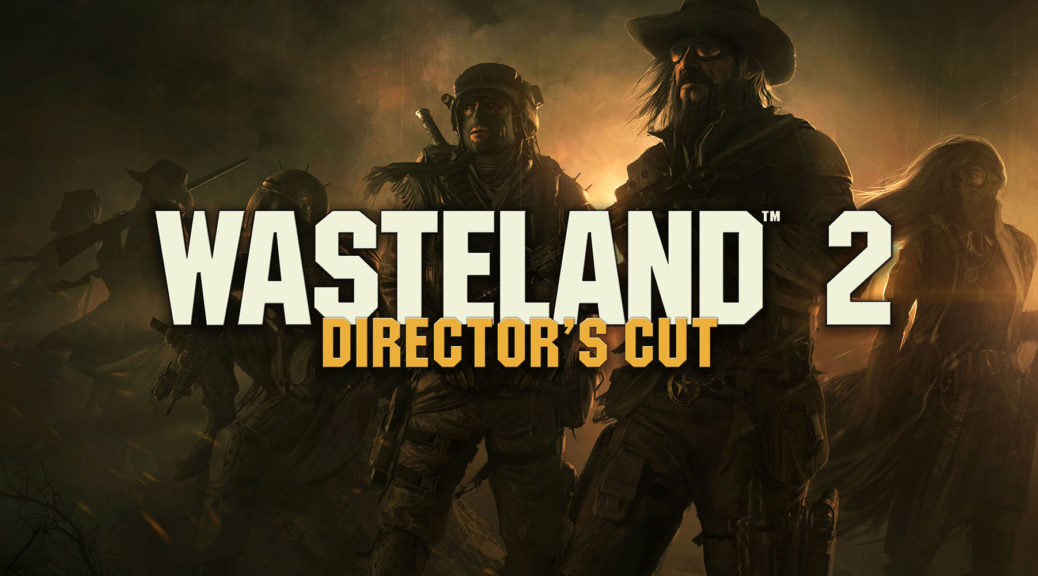 In 1997 a gentleman named Brian Fargo was part of a team that helped create a game called Fallout and it may be one of the biggest Western RPG series of all. But, nine years before Fallout, Brian actually made another post-apocalyptic RPG called Wasteland. In 2015, Wasteland finally was given a sequel on consoles and PC. Now, Wasteland 2 has finally made it to the Nintendo Switch as the Director’s Cut and while it’s as great as players have been touting in previous iterations, a few technical problems mar an otherwise fantastic strategy experience.

Wasteland 2: Director’s Cut, from developer inXile Entertainment, is a favorable mix of XCOM, the Witcher series, and the Borderlands series. It’s a large scale RPG like a game in the Witcher series, the combat is tactical and turn-based like XCOM, and it takes place in a dystopian post-apocalyptic world like a Borderlands or Fallout title.

There is a well put-together video at the beginning showing how the world was turned into an apocalyptic wasteland. Mankind was done for as the bandits got rich and lawlessness swept across the land with law and order being done for. Fortunately, out of nowhere, the Desert Rangers were formed as humanities last hope to bring order back to the wasteland and restore order. Playing as a squad of these Rangers, you’re tasked with taking out any threats that may interfere with the greater good of the people.

The squad and character creators are great and you can customize every little detail of your team. This includes their religions, appearances, clothes, and even their favorite cigarette brand. In Wasteland 2, every customization option seems to have some sort of purpose, as the creating tools you use are about helping to create a personality for your character, making them unique to you. For example, you can make one character who gets more along with animals, one character who possibly has an alcohol problem, and even how good they are at fixing random things.

When starting off, there is a lot to learn and I had to actually start it over a few times, simply because I made some poor decisions and mistakes whilst still trying understand how everything works. The gameplay consists of three main parts: RPG segments, combat, and world map areas. The RPG mechanics pertain to going around different settlements to talk to people, pick up quests, go shopping, explore, and pick up more party members.

Combat is where each unit has to take turns in order to move and attack depending on the order of the queue on the top of the screen. Every action you perform costs AP and this includes moving, shooting, reloading, unjamming a gun, healing, switching weapons, and other actions. There’s always something to be thinking about, and if you usually make one mistake on the higher difficulty rankings it can mean the difference between life and death. Leaving a unit vulnerable with no AP left to retreat is a sure-fire way to say goodbye to a party member, and hopefully, it’s one you don’t like too much because death is permanent.

Lastly, there is a world map area where you take the form of a giant badge and move around the desert. This is where the JRPG opportunities occur with completely random encounters that you can either fight or try and flee from. You also have to watch your water level, as it will drain your parties health when too low and can be refilled at oases located throughout the world map.

Graphically, Wasteland 2 has some impressive animations on the Switch, however, the grey and brown environments don’t really make anything standout. This isn’t the type of game though that needs very high-tech visuals in order to make an impact. Gameplay is king with Wasteland 2, and that’s reflected by how much quality content there is within the title. This is an old-school tactical type of game and the many systems in play may be a turn-off to some.

Making clever decisions is of utmost importance in Wasteland 2 and this includes where to put points to maximize certain skills when you level up, what perks do you need the most, and what party members to keep and which ones to cut from the clan. You have to make tough decisions in the story, like which town are you going to save when you get an SOS distress signal from two of them at the same time, how much medicine to use for fighting infections, how to keep your party successfully hydrated, and so on. While doing all this you will have to deal with bandits, mutants, and robots with each encounter being a genuine threat to your parties survival.

Unfortunately, the porting of Wasteland 2: Director’s Cut over to the Switch did not go as successful as some other titles. The interface was never truly optimized for a small screen, load times are atrocious, and my game even crashed on me a few times in between different scenes. The camera is manageable, but never feels intuitive to use and control your characters can sometimes feel stiff. Framerate drops also occur when too much is happening on-screen, but it is still playable. I also would have liked to have had the ability to reconfigure the control scheme as the one provided never felt exactly right.

Overall Wasteland 2: Director’s Cut is not always the best optimized version of the game on Switch or on the same level as some of the heavy hitters of the genre like Pillars of Eternity, but it offers its own blend of story and gameplay that holds up very well. This is a deep and immersive RPG experience that offers hours of playability and is an easy recommend for anyone that is a fan of strategy and tactical RPG’s.