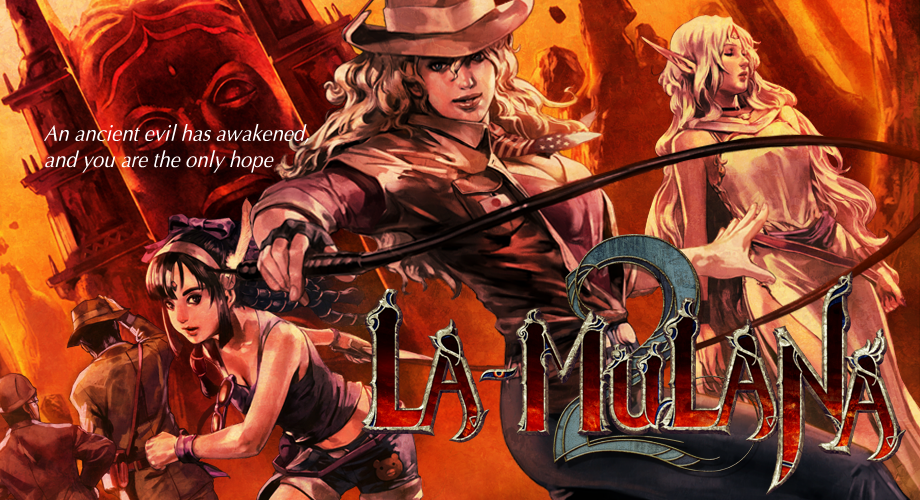 The long awaited sequel to La-Mulana will be coming to consoles sometime next year. PLAYISM is proud to annouce that La-Mulana 2 could also be getting a physical version as well. The Metroidvania style game follows Protaganist Lumisa Kosugi as she explores the ruins of the La-Mulana.

You can find out more about La-Mulana 2 in the press release below.

PLAYISM is proud to announce that the indie hit La-Mulana 2 will be coming to PlayStation 4, Xbox One and Nintendo Switch. Furthermore, a physical version is in the works.

The long-awaited sequel to La-Mulana, La-Mulana 2 follows Lumisa Kosugi as she explores the ancient ruins of La-Mulana, desperate to find the cause of the numerous recent appearances of monsters from the ruins, Lumisa discovers “other” La-Mulana: the ruins known as Eg-Lana.

La-Mulana 2, which has been capturing the hearts of old and new fans alike, will be heading towards PlayStation 4, Xbox One and Nintendo Switch in Spring 2019.

LA-MULANA 2 features sprawling ancient ruins, mind-boggling mysteries, untold numbers of items, and terrible enemies woven together to form what is possibly the perfect Metroidvania-style “archaeological ruin exploration action game”.  As well as releasing on consoles, physical versions of La-Mulana 2 are currently being planned.

In LA-MULANA 2, you take on the role of Lumisa Kosugi – daughter of the previous title’s hero – as she explores the ancient ruins of La-Mulana, said to be the cradle of human civilization. Desperate to find the cause of the numerous recent appearances of monsters from the ruins, Lumisa heads to the “other” La-Mulana: the ruins known as Eg-Lana.

Explore the vast ruins comprising multiple field maps, solve mysteries and riddles using the stone tablets and messages you discover along the way, and take out the huge monsters known as “Guardians” as you make your way to the deepest depths of the ruins.