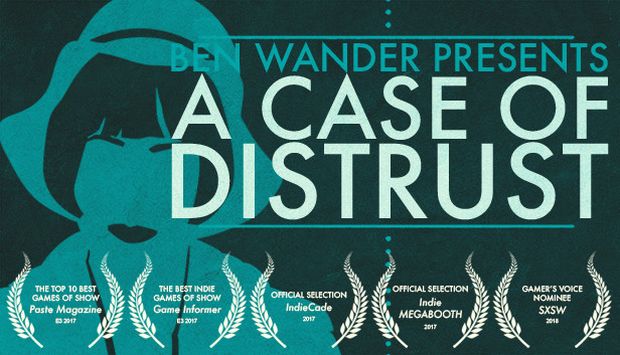 Who doesn’t love a good old murder mystery? Ever consider yourself quite the sleuth like Hercules Poirot, Sherlock Holmes, or Miss Marple? Well if you own a Switch, you will soon be able to put your detective skills to the test. A Case Of Distrust – 1924 is a blend of murder mystery board games/ 2D Point & Click meet Pheonix Wright and Raymond Chandler novels. You play as the private investigator Phyllis Cadence Malone who has unravel the truth from deceitful suspects in 1924 San Francisco.

Below is an overview for the game:

A Case of Distrust is a narrative mystery from 1924 San Francisco. Play as private investigator Phyllis Cadence Malone in this historical 2D adventure game. Explore underground speakeasies, smoke-filled billiard halls, classic barber shops, and more. Catch suspects in lies by using evidence, statements, and your wits. Intrinsic challenges face our heroine, as she struggles against a pushback on emancipation, leading to many doubts, both internal and external. Uncover the truth in a mystery full of deception!

https://www.youtube.com/watch?v=Ef6YWHggQLU
A Case Of Distrust – 1924 will be available to down load from the Nintendo Switch eShop on September 20th. You can also pre-purchase it now.
Source: Serenity Forge PR