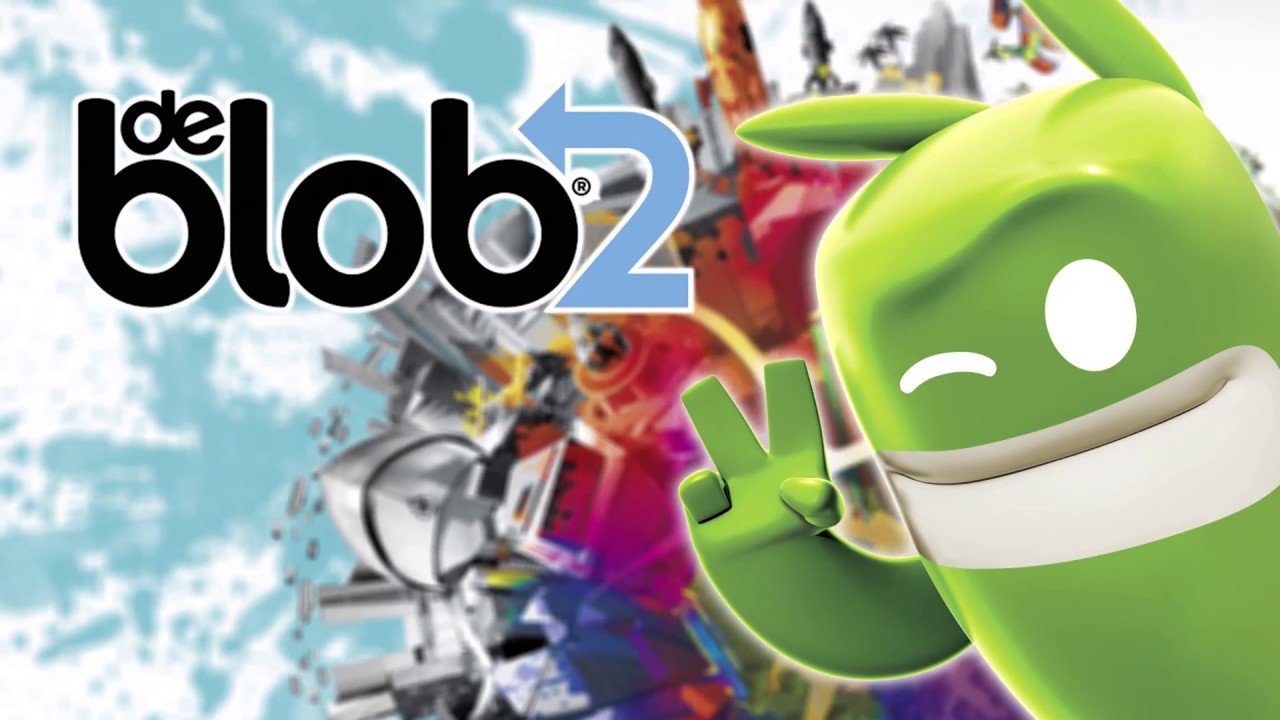 A better coat of paint all around.

de Blob 2 is the follow up to June’s Switch re-release de Blob which had been ported from the Wii, as well as other consoles in a recent HD upgrade. de Blob 2 comes just two months after the first Switch game and is a worthy follow up both in story and game progression mechanics that compliment while also surpassing the original. de Blob 2 was originally released in 2011 across most platforms and had been received well upon its original release.

de Blob 2 starts off with Blob searching for the formerly powerful Comrade Black working once again to rid the world of color. The Inkies and their variations from the first game return with some welcome additions. This time around you also have to deal with some heavier tank and mortar enemies which are placed in your path to ruin things for de Blob and his new robot friend Pinky.

Comrade Black has teamed up with Papa Blanc and his cult of worshipers known as the Blancs which are bent on turning every citizen of Prisma City into a dull gray drone worker. The game has de Blob and Pinky working through twelve single-player levels which require precision platforming, mixing colors, and returning life to the vibrant city through a multitude of locations.

de Blob 2 plays a lot like the first game, which is a good thing. In the game, you will roll through locations bouncing across building rooftops painting them in a variety of colors. The main game has less color-buildings-a-certain-color missions, a la Prof’s missions form the first game. Those types of missions are still present, but the main missions that will help you progress through the game require you to free buildings where inklings are being held captive.

The main uniqueness in the de Blob 2 comes in those building sections where you switch from a 3D free roaming section to a 2D platforming area. I found that the brief times in the 2D sections were often a welcome change to the games 3D rolling and painting and usually introduced new combat situations in the levels.

The controls in de Blob 2 haven’t changed much since the first game. You still control de Blob’s roll using the left control stick and A button to jump. You can control the camera movement using the right stick, which initially is set to inverted, but you can toggle that option in the games settings. de Blob can lock onto enemies, boxes, jump pads and other items throughout the 12 levels, using the ZR button.

There are some new elements as well which will help de Blob move through the levels and past obstacles like a wrecking ball ability which turns him into a powerful force that can roll over enemies. There is also a new gravity wall switch present in various levels which will give de Blob the ability to scale walls.

As far as the game goes it’s a single-player focused story with a variety of mission types that range from the previously mentioned 3D free roaming and 2D platforming and painting portions of the game. There are also collectibles scattered throughout the levels in the form of game art, extra lives, and inspiration points. The inspiration points add a level up mechanic to de Blob’s abilities in the form of extra paint points, armor buffs, starter lives, and more.

The music in de Blob 2 is a lot of the same beats you heard in de Blob 1 which is to say that the music is great. The beats you get when mixing and filling a world with color helps to brighten up the cities while also adding and layering tracks of music to the overworld theme.

de Blob 2 reprises the gurgling sounds of the members of your team, Prisma City citizens, Comrade Black and other NPCs. The characters share an Animal Crossings-like gibberish which comes out in cutscenes and whoops and cheers you hear as you complete tasks. The characters have a great personality to them as they spout off commands asking for your help. At least the dialogue is accompanied by some great text which is filled with paint puns and a story that covers election fraud and cult followings.

I really enjoyed de Blob 1 and when I heard that de Blob 2 would be making its way to Switch I knew I would immediately be in love with it. The follow up does everything a sequel should, as far as telling a new story, visiting with old memorable characters, introducing new characters and locations. The antics of Team Black and the Ink army along with newcomer Papa Blanq is a great story of evil trying to take over the weak-minded citizens by any means necessary. de Blob 2 is a sequel that is better than the original in almost every way. If you haven’t painted Prism City before, now is your chance!