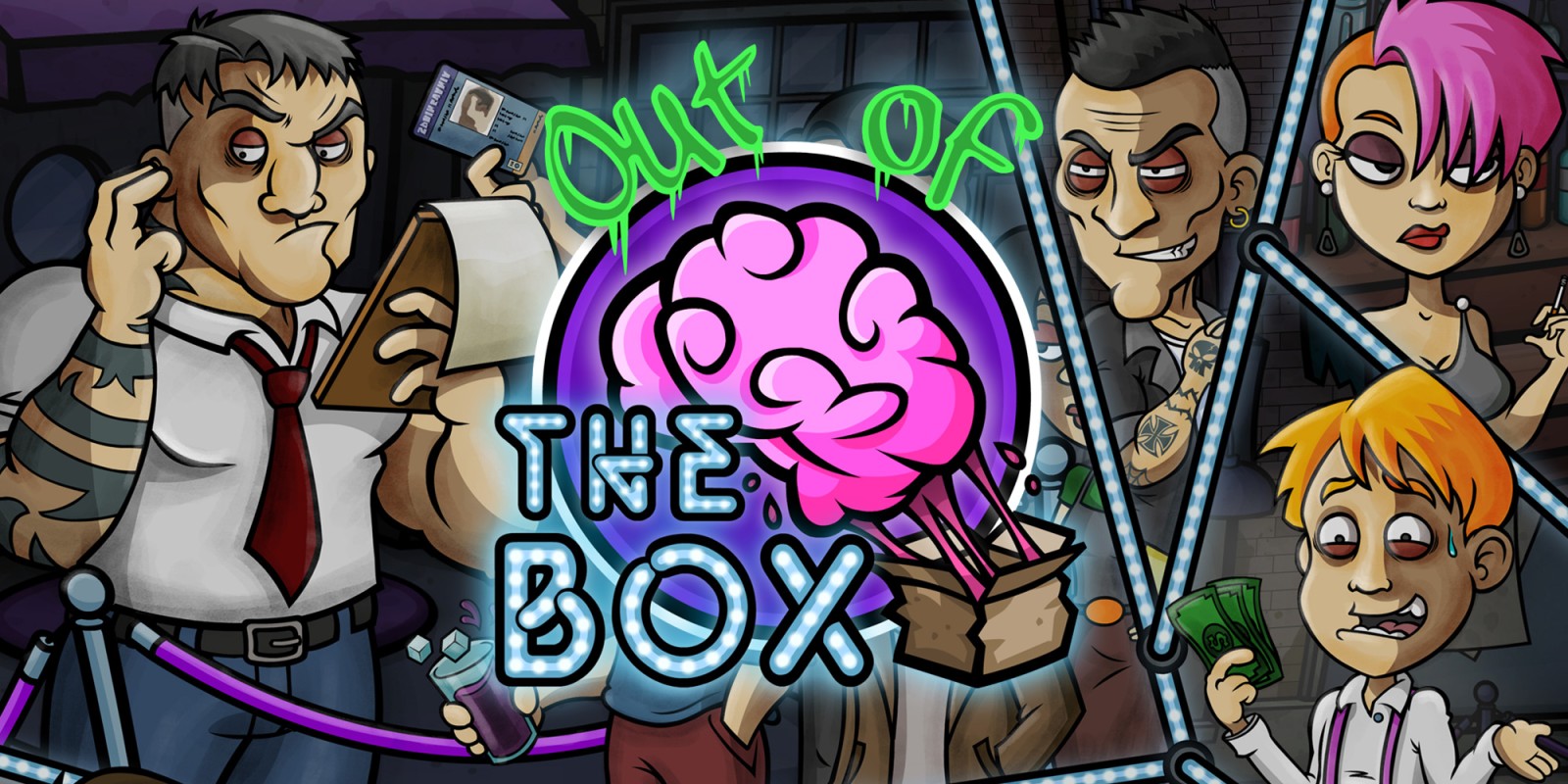 [Review] Out of The Box (Nintendo Switch)

Welcome to the most Exclusive club on Earth, now get in line and wait your turn!

As more and more rich and diverse indie games grace the Nintendo Switch with every month that passes, it’s surprising that the likes of Papers, Please has yet to grace the platform with its presence.

In Papers, Please, players assume the role of an immigration inspector who works the border to a fictitious country and it is down to the inspector to allow people into the Arstotzka. It’s not as simple as saying “yes” or “no” though, as players will need to inspect the arrivals’ documents and verify if they’re real, or fakes.

It may seem like a game with a slow pace, but it’s not as slow as you think as the game knows how to put players to work, have them deal with morality issues and it was highly received when it launch. But why I am talking about Papers, Please instead of Out of The Box? Well, it’s because Out of The Box is a game that takes a leaf out of Papers, Please’s book and offers a similar style of gameplay.

Only instead of straight up copying the whole border patrol concept, developer Nuclear Tales got a little creative and replaced “getting into a new country,” with “getting into a club” and it is a transition that works rather nicely. There’s also an entirely different story, which we will get into now.

Meet Warren Baker, an ex-con who is fresh out of prison. Down on his luck and unable to get a job, he has no choice but to go to Harry Sullivan, a man whom he previously worked for and is one of the reasons why Baker went to prison in the first place.

As the owner of a very exclusive club called “The Box,” Sullivan then hires Baker work as a bouncer every Saturday. At first, it’s a legit job and nothing illegal is going on, but then Baker is told to turn a blind eye and let in certain persons who are coming to the club for business and not pleasure. But even then, Out of The Box is not a game that has a singular story.

With multiple endings and choices all throughout, it is down to the players to decide on what kind of doorman they want to be. From seducing your boss’ girl, to working with your parole officer to bring Sullivan down once for good, how you play and finish Out of The Box, is entirely down to you, but getting to the end won’t be easy as simple mistakes could cost you everything and result in one of the game’s various game overs, which can vary from getting fired, being shot and dying alone in your apartment.

In terms of gameplay, although it is very similar to Papers, Please it is still interesting nonetheless and worth going over, so here we go. As a game about being a doorman, gameplay mostly consists of Baker acting as the doorman, every Saturday night, acting as if he was Saint Peter and The Box is his very own Pearly Gates.

With a crowd of people wanting to get in, players must use the left analog stick to move through the crowd and press A on them to start proceedings. After all, just because someone wants in it doesn’t mean they have the right to go in, especially when they’re drunk or underage.

So, as the bouncer, it is down to you to ask would-be party-goers for their ID by pressing L and then pressing ZL to let them in, or ZR to send them home. But, just because every ID you’re handed in the earlier levels are legit, it doesn’t mean they all will be as some underage citizens have applied a fake year date on it, and some even have a fake photo.

While you can turn a blind eye and let some in, doing so will hinder the clubs reputation and not only have it earn less money, but when the night is over, you will endure penalties that will impact how much you personally earn, if you even make it that far. But hey, if you’re in need of a bonus, you can always accept a bribe or two, here and there.

Should you screw up too much due to letting the wrong sort in (often referred to as scum,) then Baker will be called into Harry’s office and fired, resulting in a game over and players having to reply the level, and do it right, if they hope to advance.

On certain nights, when told to, drunks are allowed in, as are people carrying bags and briefcases, but that’s only if the later know the password that you will be given at the beginning of the night. During the special nights though, being of legal drinking age and sober, is not enough. Anyone wanting into the club will also need a ticket for the event and even these can be faked. There will also be VIPs whose name can be checked when consulting your clipboard and just in case you need a little more realism for this doorman experience, there’s still a few things we haven’t covered.

Not only is it down to Baker to guard the door, but when fights and disputes break out, it’s down to Baker to sort them out, which can be done rationally via talking with X, or you choose to go for a quick punch up and knock out the trouble-makers. Sometimes fighting is your only option but you will need to be careful with picking your battles and lawsuits and hospital bills can be quite costly.

Every time players make it through to sunrise and the shift ends, players will earn money based on their performance, which once a month is used to pay for your rent, child support, the gym (it pays to stay in shape) and the meds Warren Baker has grown addicted to and desperately needs.

Anything you can’t pay, will cause Baker to go into debt and can be paid off the month after, but sometimes they can have very severe consequences. If you are able to pay off everything though, anything you have left over will be added to your savings. One way to ensure you’re always in the money, is by replaying any previously beaten day and starting afresh from there.

As for the rest of Out of The Box, when not on duty, players can sit through various scenes showcasing Baker’s life in-between work, which includes meeting with his parole officer, seeing his shrink and all the rest, will dialogue can play out automatically, or speed up via the player hitting A to bring up the dialogue.

With regards to the visual side of Out of The Box, while it looks like another comic book-like game on Switch, the text is always clear to read, no matter how you’re playing the game, there are more than 300 characters, with a bunch of them being parodies of real-world celebrities and it all makes for a nicely put together package.

Provided you enjoyed Papers, Please and are a fan of thrillers, you bound to like Out of The Box. It’s not quite on the same level as Papers, Please, but with various endings, no one day being the same and plenty to playthrough, those who purchase Out of The Box, won’t be 100% completing any time soon. It’s got plenty to offer and even if it’s not your usual type of thing, it does have the potential to surprise would-be players, just be mindful of some of the language that appears in Out of The Box.