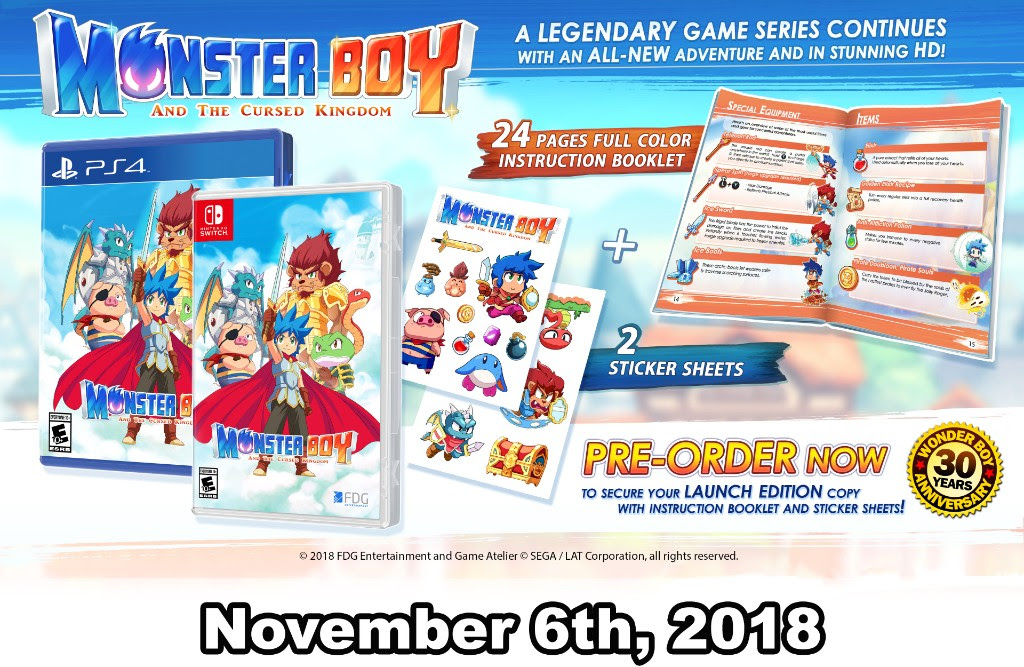 We have the official Press release below along with a trailer for the game that was shown during the Nindie Highlights video, released yesterday.

A LEGENDARY SERIES RETURNS WITH A GRAND NEW ADVENTURE!

Enjoy a colorful action-adventure game made alongside Ryuichi Nishizawa, creator of the original Wonder Boy in Monster World series.

Monster Boy and the Cursed Kingdom borrows the best from the classic series to deliver a fresh, modern adventure with fun gameplay, memorable music and gorgeous hand drawn animations.