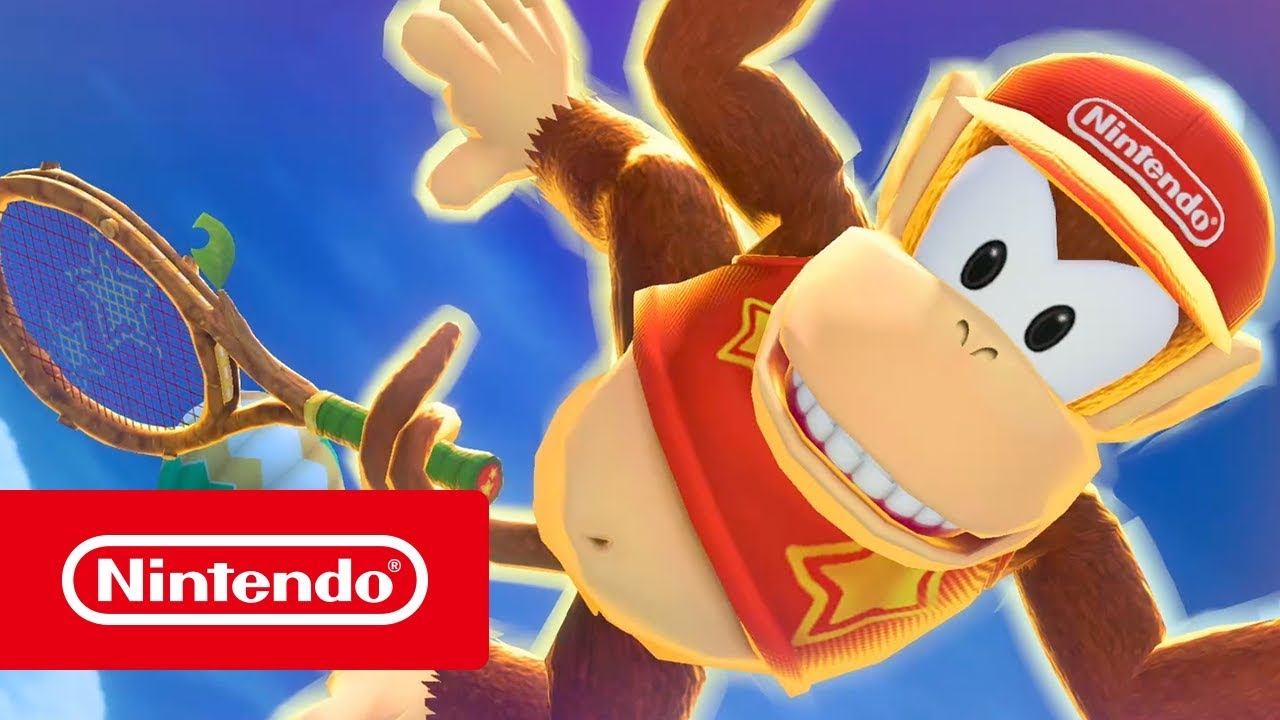 As Nintendo continue to get things flowing for Gamescom, among the latest of videos they have uploaded, there is also one of Diddy Kong for Mario Tennis Aces. “This speedy competitor, with his vine-swinging special shot, will be immediately available to players who play during the next tournament, running between 1st and 30th September. Once the tournament ends, he’ll then be unlocked for everyone, regardless of whether they participated in the tournament or not.”

A video of Diddy can be seen here: