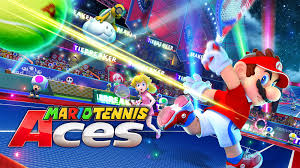 Jump into the world of #NintendoSwitch or start your holiday shopping extra early with this Nintendo Switch bundle featuring #MarioTennis Aces and #12Switch for only $359! Available exclusively at Walmart starting 9/5. pic.twitter.com/JSrIaRQFG2

The Mario Tennis Aces Switch Bundle is a Walmart exclusive and will cost $359. With so many other great games on the console, it seems a little odd why Nintendo decided to do a bundle with Mario Tennis Aces. Granted, it is Nintendo’s latest game to date but I don’t see it as a system seller. I guess only time will tell.