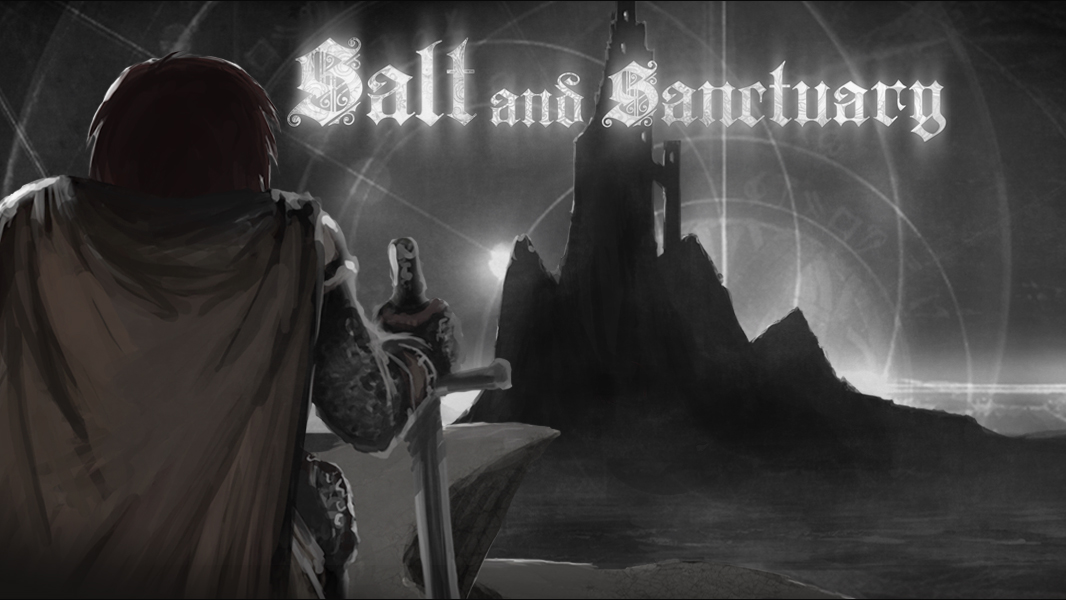 Salt & Sanctuary, from developer Ska Studios, is everything a love letter to the Souls’ series should be. No doubt, if there is one series of games that has risen in popularity over the last few years, it’s anything related to Dark Souls. With its tight controls and touch but fair difficulty, the Souls games have become pinnacles of game design. While we wait for the inevitable release of Dark Souls Remastered on the Nintendo Switch, Salt & Sanctuary thankfully fills that void perfectly and is a must own title for the console.

First off, Salt & Sanctuary looks and plays great on the Switch and is the best way to experience this adventure. I’ve played on both PS4 and PS Vita, and needless to say, the fine-tuning Ska Studios has performed for this version has perfected the 2D Souls-like formula. HD rumble and clear/clean visuals making playing in handheld or docked a rewarding experience.

The story of Salt & Sanctuary begins with your created character on a ship that is being boarded by a group of shadowy bandits. You awaken on the shores of a mysterious island and are left to piece things together. You can find bits of info from item descriptions and by talking to the few NPC’s you find in the world, similarly to Dark Souls.

When you first land on the island you will have to choose your Creed (which acts like a Covenant) and these Creeds affect the types of items that can be purchased at Sanctuaries. This might incentivize you to experiment with different Creeds and if a Sanctuary is under your Creed, you can also add different merchants services by offering certain idols. For example, maybe you need a blacksmith for upgrading weapons or a guide to teleport between Sanctuaries.

Combat is the most Dark Souls-esque it could still be, while also still being in two dimensions. You have a variety of swords, hammers, spears, and many other weapons with varying levels of scaling for strength and dexterity stats that determine how you can use them. You can also find new magic, prayers and equip bows for long-range offense and general spell usage. All of these can be used in a variety of combinations that make different character builds, and this makes each play through unique. This time around, I tried more of a mage character build with skilled usage of a sword and spears.

Much like the Souls’ series every type of attack, dodge, and spell uses stamina, which replenishes after a second, but if you do too many consecutive attacks or combos you will be left open for a counter-attack. Spells additionally lower your stamina pool with each use, until you go back to a Sanctuary and rest. Defensively, you can perform a block with either the weapon in hand or by holding a shield, although I found the blocking to be largely ineffective. There is also a dodge roll and while it takes some time to get use to, you will need this skill by the mid-game. There are times when due to small enemies and the level obscuring them you won’t be quick enough to defend yourself, which can be somewhat frustrating.

If there is another game that Salt & Sanctuary takes inspiration from it’s Castlevania. Much like any great Metroidvania type of game, the level design intricately weaves and overlaps almost endlessly. You will open a shortcut hours in and find yourself near where you started from. I was always amazed at how any time I opened a gate, I found myself in an area I went through days ago. Much like the stellar Castlevania: Symphony of the Night, there are abilities that you will unlock that open up new areas, so you’ll have to do some backtracking in order to find items you might have missed. All of these abilities must be earned to reach the end of your adventure.

One of the most standout elements of Salt & Sanctuary are the boss fights. While some are still very easy requiring no thought, most of the bosses are amazingly designed and fun to try and discover their weaknesses. You really have to understand the attack patterns and even use the level itself to conquer them. This makes defeating the toughest bosses feel like a major accomplishment and makes me wish there was a boss rush mode added to this version just so I could face all the bosses in a row.

When defeating enemies and bosses, you earn Salt which is basically the currency of Salt & Sanctuary. They act as souls from the Souls games and if you die and don’t make it back to where you dropped your Salt, it’s gone for good. You must go back and defeat the enemy who killed you in order to get it back. You want to try and go back to get this Salt because it is used for leveling up your stats and your weapons at Sanctuaries.

An interesting aspect of Salt & Sanctuary is the leveling system. Instead of leveling your stats directly you use Salt to purchase the leveling item, which is used in a skill tree to properly level your stats and weapon mastery. Purchasing the leveling item also means you can bank them until you know exactly what stats you want to focus on without being in danger of losing them all when you die. You can also spend special tokens to readjust where you want to relocate a leveling item you had already used.

It’s an interesting system and while complimentary skills and stats are put near each other, I sometimes found it difficult to find stats you’re looking for since the points are so small and the tree has so many branches. I wish Ska Studios would have just copied what worked for any of their other Souls games and it could have streamlined more of the leveling mechanics. Still. a minor gripe in what is a faithful representation in what we want to see from a Souls-like title.

Overall, Salt & Sanctuary is a title you’re either going to love or hate depending on your affinity for the Souls’ series. Since I’m someone who absolutely thinks the Souls’ series is one of, if not the best, video games series available my bias might be on full display, but I highly doubt that. This is a coming out type of title for Ska Studios and I hope the Switch pushes this indie gem to the heights it deserves.