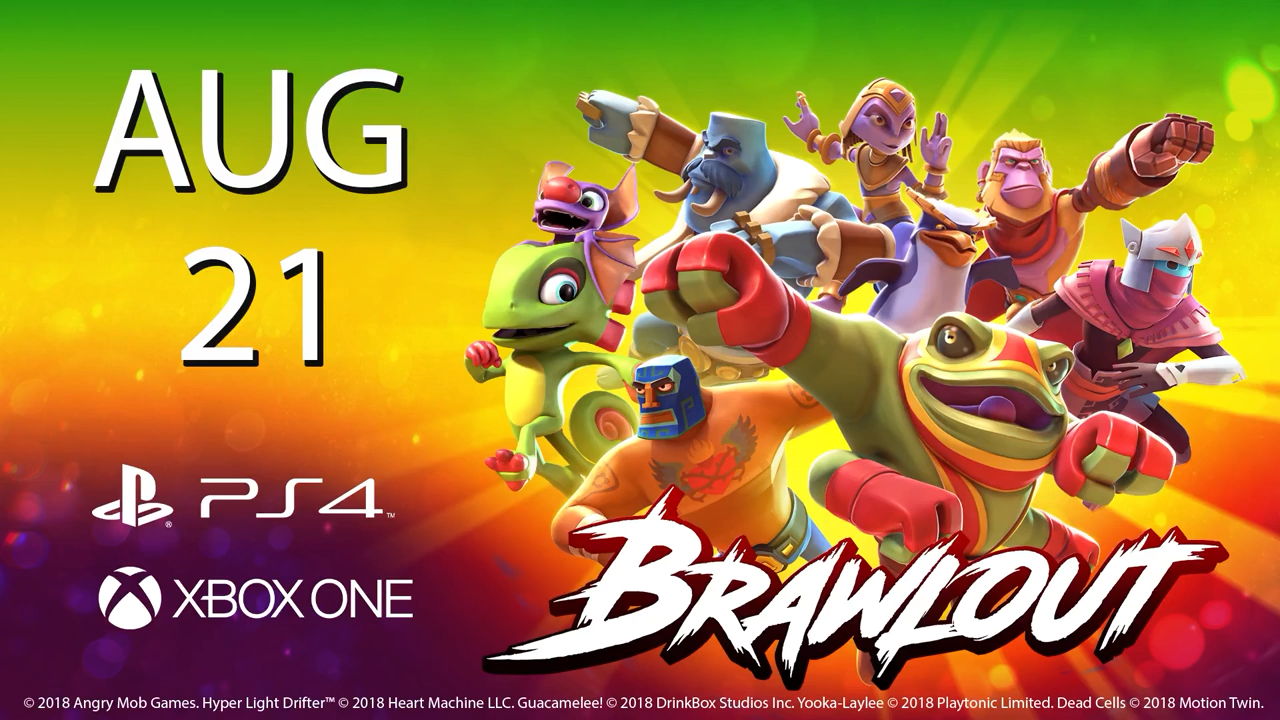 Dead Cells Will Be Joining The Gang In Brawlout!

August 3, 2018 5:43 pm Published by Mike Scorpio Leave your thoughts
The Indie Smash hit Brawlout! is no longer a Switch exclusive as it will be branching out into other consoles and PC on August 21st. The release on other consoles will also see a new fighter join the fray – Yooka-Laylee!

That’s not all though as the protagonist of the upcoming indie game Dead Cells will also be joining the Brawlout! gang some time in the fall. Both characters will also be available in the Nintendo Switch versions as well.

If you would like to know more, you can find the official press release below. There is also an announcement trailer showcasing Yooka-Laylee, Dead Cells and the other characters as well.

Brawlout is launching on Xbox One, PlayStation 4, and PC on August 21st with new characters, Party Mode, and bonuses for pre-orders!

Why should Big N players have all the fun? Brawlout, the dash-n-bash party fighting game from Angry Mob Games, hits PS4, XboxOne, and PC with special guests Yooka-Laylee on August 21st, and – surprise! – the headless protagonist of Dead Cells this fall. Xbox One owners that join the mayhem will have access to an exclusive party-mode that drops combatants into a series of new, crazy play modes that are perfect for local match-ups with friends or for taking on other brawlers in online play.

Hot on the heels of Dead Cells’ upcoming console release, the hard-hitting-hero is being added the ranks of other indie darlings that have joined the Brawlout fray including Hyper Light Drifter, Guacamelee!, and Yooka-Laylee. Dead Cells will hit the stage as a multi-skill, multi-weapon expert that uses his battle-worn shovel, sizeable hammers, and sword-attack-arsenal combined with special magic effects to lay combatants flat.