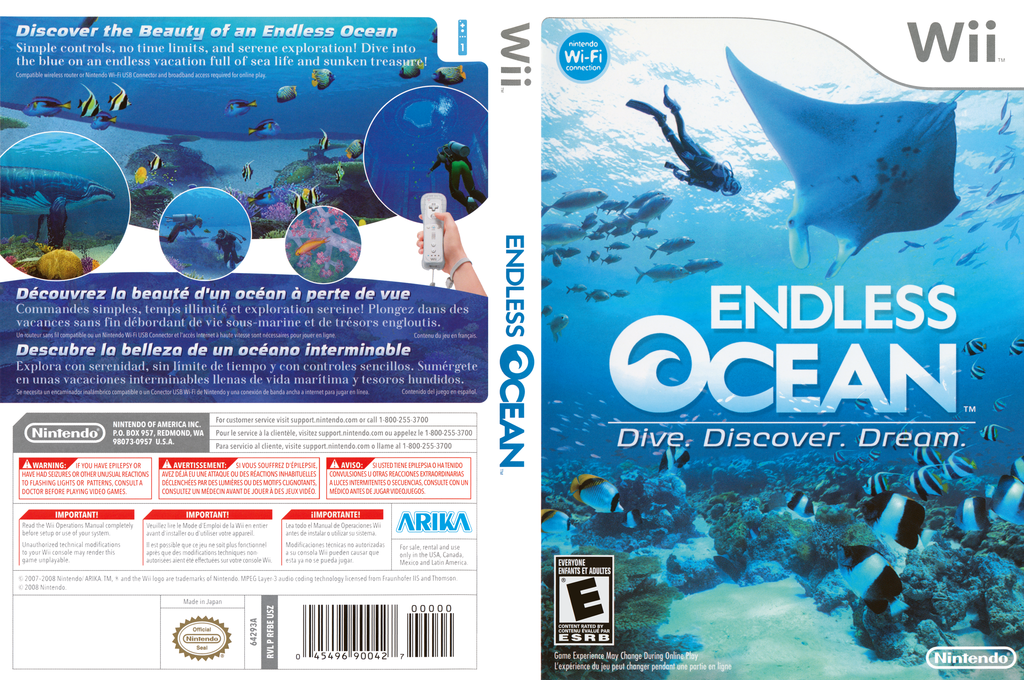 Nintendo have Filed New Trademarks for Endless Ocean and Another Code

The dive tank is filled and the wet suit still fits. Is it time to dive once again?

Once again, new trademarks have been filed by Nintendo., Ltd. have been discovered and while we try to lay them down when reporting on them, one of the IPs involved, is too close to our hearts that we can´t help but get a little excited. As fully certified PADI Dive Masters, Mike Scorpio and I are huge fans of the Endless Ocean series.  We owned both games on the Nintendo Wii and have been begging for a new release, or even a port, ever since.

Both trademarks have been filed with purposes related to “video game program” and the actual applications can be seen here, starting with Endless Ocean: