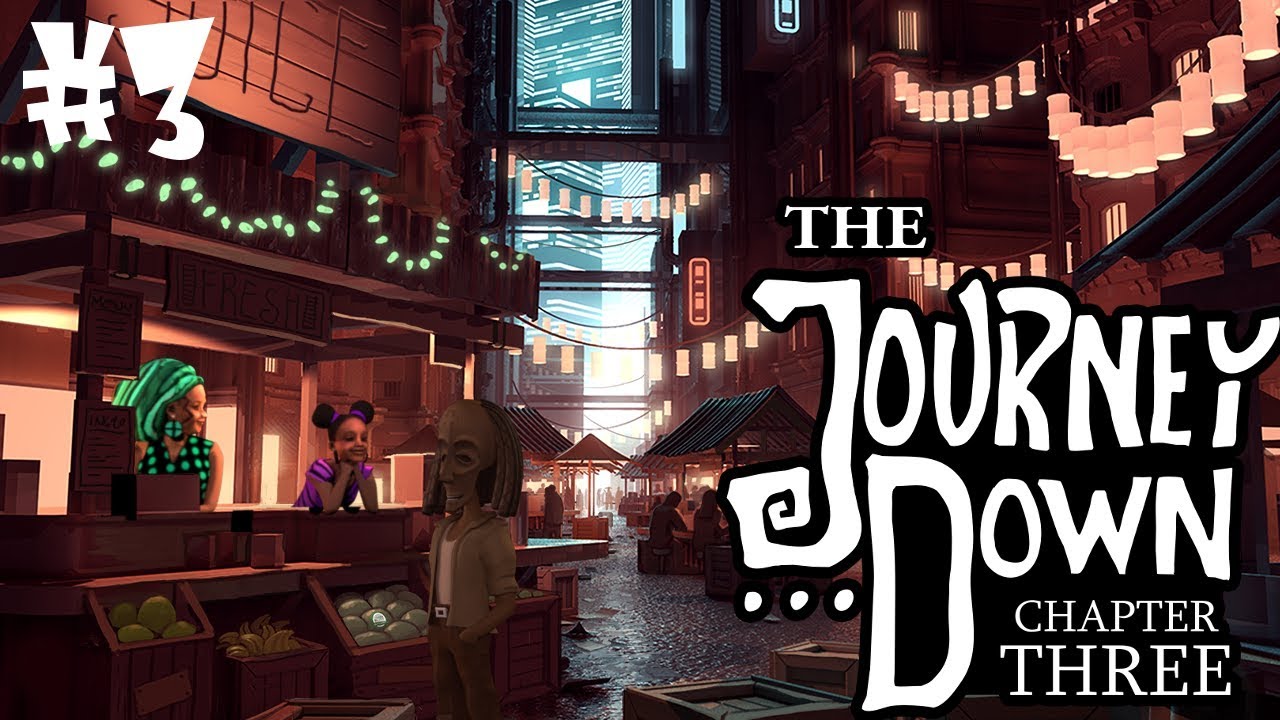 It is time for the story to end and the mystery to be solved!

Before properly commencing with our review of The Journey Down: Chapter Three, it would be remiss of me if I didn’t point out that there are Three Chapters in the saga that is The Journey Down. Our review of Chapter One can be accessed by clicking here, with our Chapter Two review being viewable by clicking here. Although you can opt to skip them, I do recommend checking them out if you haven’t played either game yourself yet.

Now, any high quality story needs a proper beginning that will interest the player, complete with a good middle portion that will maintain their attention and allow the story to grow. The real icing on top though, is a strong ending that ties together everything in the perfect way, or is at least justifiable so that when players view it for themselves, they don’t walk away feeling like they have wasted their time for a lacklustre conclusion.

Having released on Switch earlier this month, The Journey Down: Chapter Three isn’t just another instalment, it is the finale of a trilogy that started way back in 2012 and finished with this chapter in 2017. But is it the worthy ending the trilogy required, or does it leave a bad taste in the mouth of those who play it? Let’s find out!

For the final chapter, the art team perfected their art design (which is made up of hand-drawn, digital art and 3D models) and that is visible throughout the entire chapter. They put a lot of effort and detail into it, and so, we ended up with some utterly fantastic backgrounds and scenarios that may be some of the best in the series. They also upped their game with high quality cut-scenes that will play out throughout the story and are even more frequent than in other chapters. So, if you were hoping for some new and exciting things to feast your eyes upon, there is plenty to behold!

With more cut-scenes, new and returning characters and locales to explore, the devs faced the challenge of maintaining the quality set in the last chapter when it comes to animation and voice work, and met it head on, resulting in some of their finest work. One issue I had in an instance though, was with the audio quality. I don’t know if it was a problem during recording or a post effect that didn’t work quite well, but when the dialogue plays in the scene, it sounds out of place. However, this problem only lasts for a minute and won’t hinder you experience of the game.

As for the soundtrack, due to the unfortunate passing of Simon D’Souza during Chapter Two’s development, I am happy to confirm Jamie Salisbury, who assumed the soundtrack mid-Chapter Two, was on hand to see The Journey Down to its very end and helped to make sure the final chapter equalled in quality when compared to the previous chapters. That means, the quality of the songs and sound effects once again continue to be top notch. But he also was allowed to broaden the music styles featured in the game and some of his new compositions were even implemented into the story and cut-scenes.

With regards to control options, I won’t I go into too many details, as they are identical to the one available in Chapters One and Two, but I will paraphrase what I said before: Both handheld and docked gameplay are supported, with handheld allowing players the means to use the touch-screen to dictates Bwana’s actions. You can of course, use button controls, but touch-screen still remains the best way to play.

The puzzles presented in this final adventure, are the culmination of the gameplay style and puzzle development techniques that they have been implementing throughout the series. So, once again they are still are easily solved with a little bit of creativity and a bit of poking around the locales that are available to you. And, unlike in Chapter Two, there aren’t any instances that I felt you can get stuck on.

At the start of the adventure, you are soon presented with a cut-scene that shows Bwana, Kito and Lina venturing into the newly discovered area at the end of Chapter Two. As soon as they arrive at the temple, the story starts to unfold as they learn more about the legends of that place and discovers some dark plots that demand some urgent action that may demand them to divide and conquer the solution for it.

After the way the story developed in Chapter Two, I was left hoping the final chapter would end up solving all the questions and mysteries that were left in the air and bring the trilogy to a satisfying conclusion. To be honest, I think they mostly did it, as there are many answers given and the ending closes the story nicely. But I was left wishing that the final cut-scene was bigger and that they made the main antagonist multi-dimensional, so that the final confrontation would feel even more epic than it is. I also have to praise, that in this chapter, you are allowed to play as a second character, Lina, who shows what is happening in another part of the world at the same time that Bwana is solving it in the city through her perspective.

The Journey Down: Chapter Three has some big shoes to fill, and I can happily say it fills them quite well. So much so that I can gladly recommend the entire trilogy to all those who like an interesting story to go hand-in-hand with point-and-click games gameplay. Just, don’t go all-out expecting a shocking plot-twisted driven story, as you won’t find one, but what you will find is the culmination of one team’s hard work over the years, to create a pretty great trio of games.