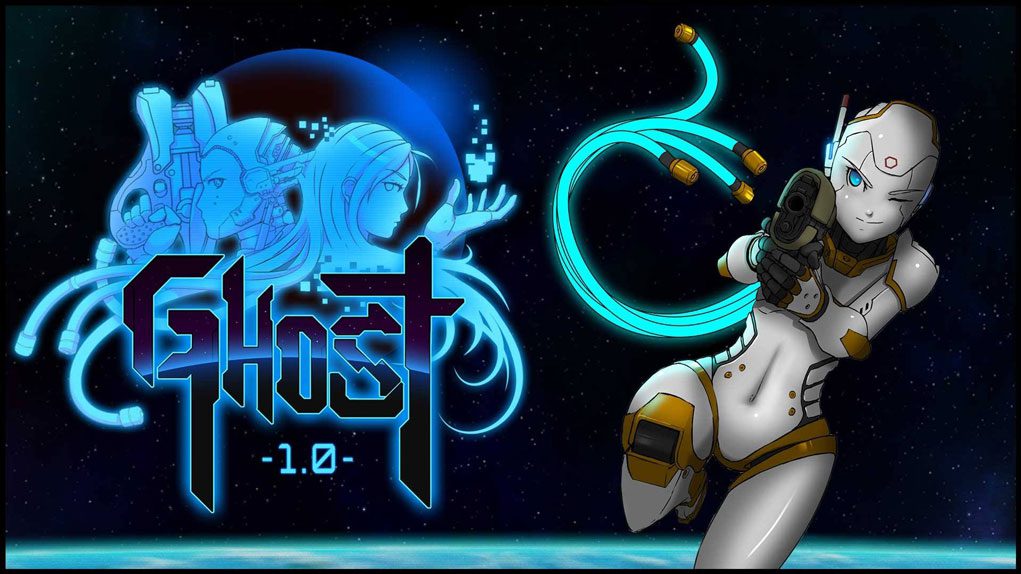 Someone call an exorcist, I think my Naka is possessed!

For a game that released back in 2016, @unepic_fran’s Ghost 1.0, was an indie game that never appeared on my radar. I had heard its name come up in conversation and nothing would come of it. Clearly, this would turn out to be a mistake. With time to spare and a release on Switch this week, I dived right into it and barely got out alive.

As a Metroidvania, Ghost 1.0 is absolutely brilliant. From coming across as the love child of SteamWorld Heist and Axiom Verge, what seems like a simplistic game on the surface is actually a profoundly deep title. Whether it takes you five minutes, or it takes you an hour, Ghost 1.0 will set its hooks into you and once gripped, there’s no escaping the charm.

That’s enough flattery though, it’s time to talk details, starting with story. Set in a distant future, Ghost 1.0 is the story of three people. Two guys and one ghost agent, capable of possessing the robotic bodies of Nakas and an evil organisation to take down. The organisation in question, is the Nakamura Corporation. Not only is it the largest and wealthiest producer of androids called Naka, but it also has a space station as well.

Curious to find out what’s going on aboard the space station, roboticist Boogan and a hacker called Jacker, have teamed up with the unlikeliest of allies, whom they’ve had infiltrate the space station. Having never met her in person, all Boogan and Jacker know about Ghost, is she’s more than happy enough to accept their money to do a job and that she comes highly recommended.

Controlling a Naka modified by Boogan, the majority of the game takes place on the space station and has Ghost performing various missions at the request of her client, but there is some Earth-based stuff to play through. One such scene is the night Jacker saves Boogan’s life. Both the guys remember the night in a different way and although one is more realistic than the other, Boogan’s version is the better one as it has humour, edge and allows you to play as him.

What I really liked about the whole dynamic with Jacker, Boogan and Ghost, is the way the voice actors playing them (yes, Ghost 1.0 features voice acting,) have such a good chemistry. I really grew to dislike Jacker because of his personality, but the constant dialogue between the characters, allowed them to grow as a team and really add to the game’s story. The voice acting really does go a long way to elevating just how good this game is and they’re not the only characters who talk either, but they are the best. The soundtrack isn’t too bad either, in fact, it really compliments the game and adds to the atmosphere.

In terms of gameplay and what you can expect, Ghost 1.0 is a Metroidvania, so a lot of it is all pretty much straight-forward stuff. The player must investigate a huge main location, made up of various zones. The left analog stick moves Ghost, the right one can be used for aiming, XL is for jump, L is to roll, with A being used for interacting, whereas X is for taking a walk. (A walk? Is that all?) There is a reason why Ghost is a Ghost agent. Due to certain circumstances, she become gifted with an incredible skill that allows her to leave the robotic body she is using as a shell and can wander around freely.

Not only can she glide around the whole screen, which is very handy for collecting every last Soul, which can be triggered via various means and result in dropping an item or upgrade, when all have been collected, but Ghost can also possess enemy robots. (Why run headfirst into danger, when you can get someone else to do it?) Not only can she control them, but Ghost can even cause them to open fire (ZR) on their friends and should the shell she’s controlling get destroyed, she can easily hop into another one.

Possession can last for as long as you want it to and can be a great way of clearing out the rubble and disabling lasers by interacting with control panels. So, not only is it an asset, but in this Metroidvania title where stealth can be executed however you wish, most of the time, but sometimes, this mere act is a necessity. Should you venture too far forward though, you can always hop out of your current bod and press R to immediately return to Ghost’s main body.

In the event that Ghost’s main body dies, like during a boss battle or during one of the alarm sections, which get harder and harder, the more of them you do, Ghost will respawn at the last 3D printer room she accessed, repaired herself at and saved her game. A new body will be printed and Ghost’s ghost form will be able to possess it, like any other mechanical opponent. Death does have a price though, as she will lose any energy cubes she happens to possess and any power-up she purchased from one of the game’s many shops.

Something you can do to avoid that occurrence, is make your way, screen by screen, to your nearest 3D printer room and save, any and every time you have brought something new or felt like you have achieved something. You can always make a beeline for safety, any time you feel your life is too low and are in need of a full life recovery before pushing on through a dangerous part of the map.

To give Ghost more of an edge in the main game, which on Classic mode has three different difficulty settings, Ghost 1.0 has plenty of fun Metroidvania collectibles and power-ups. From new weapons and secondary weapons that can lay down the damage, to Geek Items, which each have a bizarre in-game affect, to hilarious results, there is plenty to keep an eye out for. There’s also upgrades that can increase the number of energy cubes you respawn with, increases the number of bullets your gun can fire before and raising the max HP, and then of course, there are regular items and power-ups.

Via the +, Button, players can enable any and all power-up to truly give themselves an edge, and select their four favourite items, which can be used to do things like call forth a specific drone to protect you or regenerate 10 HP over 1 second. These green items can only be used once at any time, but they can be recharged via shops. The best thing however, is the Skill Tree.

With Skill Points dotted all over the vast map, in key locations, players can then use these Skill Points to improve certain aspects to any and everything. Not only can they make the game easier, but you can also use them to make the game harder for yourself. You will not be able to max out the entire Skill Tree, but should you make it to the end of the game, you can start a New Game+ playthrough that allows you to keep the items, weapons and upgrades you’ve acquired and collect what you previously missed out on.

For the players looking for something more than just repeating the game other and other, don’t worry, Classic mode is merely the beginning. For you see, there is also a Survival mode, which is similar to the main campaign (Classic,) but it is more of a rogue-like experience. The game will autosave after every room and death, but the longer you survive, the harder it gets and in addition to having to deal with randomly assigned items, dying will cause you to lose the very weapons you power-ups you acquired.

Clearly, Survival mode is best left to the pros and if it’s too rich for your blood, there is still plenty of achievements that can be unlocked and a Mission mode. In this mode, players can undergo various independent missions with different goals and attempt to clear each and every achievement (called achievements, but more like challenges,) that Mission Mode has to offer. You won’t be clearing every single one any time soon, but with so much to offer, Ghost 1.0 is a game that will take up a lot of your time and you will certainly get your money worth out of it.

I did not expect to enjoy Ghost 1.0 anywhere near as much as I did, but what can I say? The game is just that good. It is without a doubt a must for any fans of the Metroidvania genre and is the perfect game to play as a follow up to Axiom Verge and SteamWorld Dig 2, especially when the port also supports touch-screen controls and video captureand is great whether you’re playing docked, or portable.