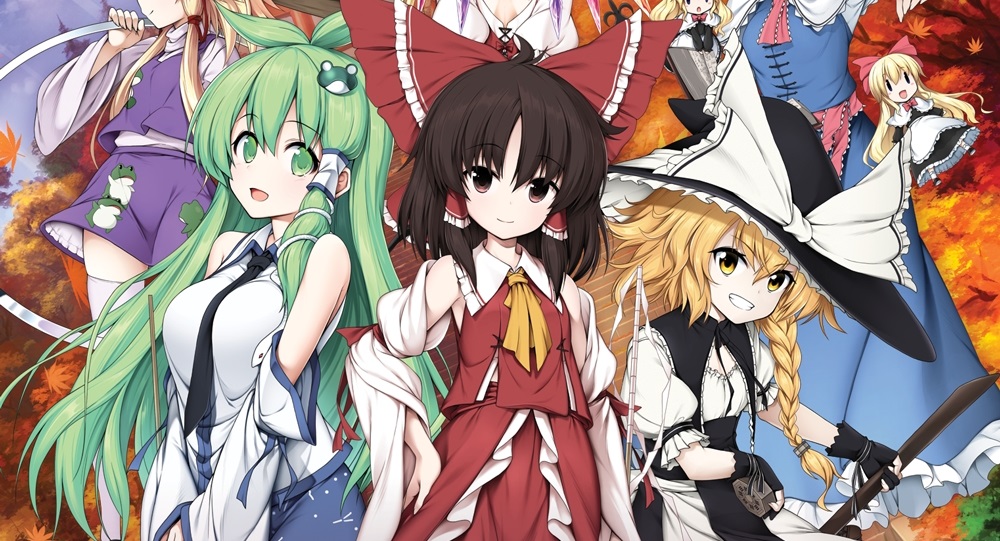 Anytime I think of a Touhou title, I think of a solid RPG. Shiren the Wanderer also comes to mind and I must be clear that this is not the same game, although they share many similarities. From developer Mediascape and published by NIS America, Touhou Genso Wanderer Reloaded falls under the categorization of mystery dungeon based games where a player explores randomly generated levels fighting monsters to reach the final area and it’s a game series I have a hard time recommending unless you are a fan.

The story of Touhou Genso Wanderer Reloaded takes place in the world of Touhou, known as Gensokyo which is located in the mountains of Japan. A shrine maiden named Reimu encounters a very unfortunate event when a strange magical orb turns her friend into a magic-infused super-villain and this enemy is set on cloning the inhabitants of the world in a giant tower that harnesses the orb’s power. After attempting to quell the power, you follow Reimu as she traverses the entire land of Gensokyo in order to make her way back to the tower to stop him.

As any fan of the Touhou universe can attest, there’s a ton of lore, and thankfully Touhou Genso Wanderer Reloaded does somewhat of a good job of laying the groundwork for you to follow along with the narrative. It really teaches you well about the Touhou franchise as a whole. There is a plethora of lore thrown your way throughout the adventure, and this is great if you want to know more about the Touhou world, but if not, prepare for copious amounts of exposition. Every NPC shopkeeper has an extensive backstory that features conversations that almost last too long. Fortunately, you can skip this exposition quickly and gives a variety of options on how fast you want the text to scroll or skip entirely.

As stated at the beginning of this review, immediately upon playing Touhou Genso, I was amazed at how similar it was to other RPG rogue-likes, such as Shiren the Wanderer. It’s a turn-based RPG where you move in through grid-like dungeons that are randomly generated. You’re punished whenever you die and there are many difficulty spikes and curves. Every time you move your enemies will move and if close enough will attack with every action you perform.

When you’re progressing through Touhou Genso, you always start at Reimu’s shrine and your end goal is the tower where the final boss is located. To get there you have to travel through dungeons and you go through roughly five or six floors in order to make it to another town. This is where you can resupply, enhance your characters, buy items, and then rest. You basically repeat this pattern until reaching the final dungeon and take on the final boss. If this doesn’t sound appealing then the proceedings won’t change your mind.

Navigating the dungeons is where the trickiness comes into play. First of all, the dungeons are randomly generated, so you could get an incredibly easy run for the first five floors only to notice upon returning that it’s ridiculously hard now. Certain floor types are randomly generated as well and this is where preparation before entering a dungeon is key for survival. You must utilize all the services of your shrine and make sure to fully supply while in town, because if you don’t prepare Touhou Genso punishes you for it.

Controlling Reimu is simple, you can move her across the grid in all planes, including diagonally and cycle through your skills with the left bumper. Pushing the right bumper when going to different rooms allows your character to quickly make it through a passageway without stopping and is great if you don’t want to take your time in passageways, unless you encounter an enemy in one. The tutorial is very expansive on giving you all the tools you need in order to survive by attacking, dashing, and using skills. Menu navigation is intuitive, but still can be hard to understand with how many options and tasks are at your disposal.

The difficulty spikes are all over the place and this can be welcoming for someone who wishes for a challenge, but terribly frustrating for others. The first dungeon may be a walk in the park, but even the second dungeon could be too much to handle. If you skip upgrading in any town you will end up dying quickly, and much like with other rogue-likes you lose all of your levels and experience. Fortunately, you will not lose most of your items, you have to restart from the beginning of the game, but you still have all of your items.

You will have to manage your health and equipment while exploring the dungeons, but more importantly you will have a stamina bar to manage called the Tummy Gauge. If you lose too much stamina you will collapse, and to combat this you will need to eat food and use health items as you’re traveling through the dungeons. It can’t be stated enough, if you want the most enjoyment out of Touhou Genso Wanderer Reloaded, preparation is key and this includes stockpiling enough food in-between towns to not go hungry.

Don’t plan on completing Touhou Genso Wanderer Reloaded finished in just a few sittings. You may think it’s ludicrous for this game to cost $50 being a remaster of the original title released a year ago, but let me tell you this game is packed with content. You’re going to spend, at least 70 hours to just get through the main story and that’s without playing many of the optional dungeons. This remastered Switch version also comes with new dungeons, new items, and new characters to interact with, including new companions Marisa and Sanae, so it should be no surprise that you can put over 100+ hours into Touhou Genso and still not see everything.

Visually, Touhou Genso looks great with bright and colorful graphics, but is hampered by stiff character animations and a clunky battle system that can make it hard to see where some of your attacks hit. Another problem is how they present the mini-map, because when you’re going through dungeons the mini-map impedes your viewpoint sometimes off to the right of the screen. It can’t be hidden or toggled off, you can only move it, and the more you explore the more it grows into your field of vision.

Overall, Touhou Genso Wanderer Reloaded is just what any fan of the Touhou franchise would appreciate with plenty of lore and characters to interact with. For newcomers to Touhou, while it does a great job of explaining the story and what is exactly going on, there is still too much exposition that can be a turn-off to anyone just looking for a deep rogue-like RPG experience. Also, the lackluster combat and the mini-map issues can be frustrating considering how well the RPG and rogue-like elements are handled. If you can look past its faults, the amount of content is staggering and will keep engaged for as long as you can tolerate it.