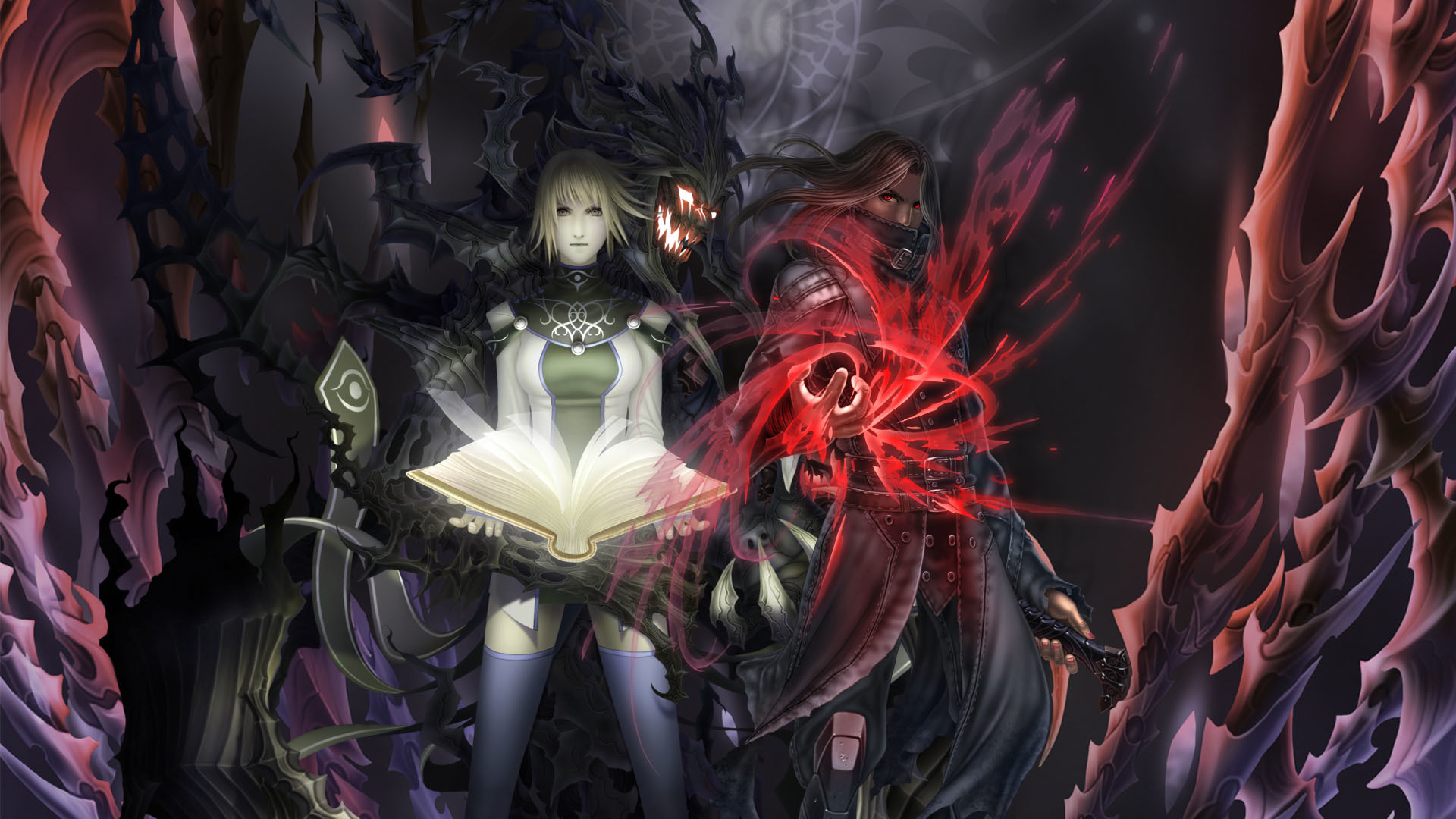 Anima: Gate of Memories: Arcane Edition is actually two games in one, featuring the original game Gate of Memories and the newly released The Nameless Chronicles expansion: which focuses on one man’s quest to prevent world destruction. Gate of Memories was originally brought over by developer Anima Project, who made the entire book series Anima: Beyond Fantasy and card games based on the property. The story focuses on two central characters, a woman named the Bearer of Calamities and the calamity is the book she carries that is named Ergo. The two heroes wake up in a strange mansion filled with disturbing memories of the past and immediately set out to discover what’s actually going on and find out what these memories mean.

Bearer and Ergo have some different abilities, but for the most part, their repertoires are the same, including Nameless One from the expansion. I found both stories to be difficult to follow unless you’re familiar with the source material, mainly due to the lackluster writing and performances from the main cast. As an action-RPG though, it offers enough gameplay mechanics requiring skill-based combos and an emphasis on discovering secrets to unlock, that makes the Arcane Edition enjoyable to play.

Firstly, we will focus on Anima: Gate of Memories due to both this game and The Nameless Chronicles playing closely the same way, only having different characters and The Nameless Chronicles only having one story beat. In Gate of Memories upon completing the prologue, you’ll be in a place known as the Arcane and this will act as an overworld to different and diverse areas in the region around you. Each area tasks you with finding memory fragments, then finding a boss that controls a certain part of the world. Boss fights were mostly tough affairs and usually took me several tries in order to fell the beasts. Once you know the patterns of the bosses and level up you should be able to get through fairly successfully.

There is a nice pace to Anima and I always knew what I needed to do in each section and where to go next. Sometimes everything would come to a halt when you encounter a tough boss which can be frustrating. You can choose between a Normal and Easy difficulty, but even on Normal Anima can be too tough. I needed to lower the difficulty to the Easy setting halfway through my playthrough just to finish it.

When fighting multiple enemies the camera can be a hindrance when it gets stuck in the environment. The camera is manually controlled, but when you lock onto an enemy you will have a hard time seeing what the other enemies around you are doing. In addition, enemies gang up on you almost frequently during combat with attacks that leave little room to recover and room for error. Gameplay wise, the action plays out almost like the Devil May Cry or Bayonetta series. It’s easy to build your own combos and set up air attacks to overwhelm the enemies.

While exploring, many of the areas can be completed in any order, meaning if you’re stuck in one area, you can leave and come back after completing another part of the map. It helps knowing that if there is one really tough section, you can come back to it later once you’ve leveled up your character. After one area is completed, not much happens in terms of story, other than a few extra dialogue options between the Bearer and Ergo. You may learn something about the characters back stories, but it never felt like enough to make an impact with the narrative. There are multiple endings to find and replaying Anima to find each of them can be worth exploring if you enjoy being in the world.

The two playable characters, the Bearer and Ergo, have some different abilities and skills, even though they mainly control about the same. Each move is unlocked by using skill points on a skill tree for each character can be mapped to different buttons, so you can play as you want. It takes awhile to fully upgrade a characters, but there is a new game plus option that carries over all skills to make leveling up the character all the way a possibility.

Weapons and artifacts can be bought and sold by using experience points or can be found in the world. These weapons and artifacts help add better statistics to your defense and attack powers. Some platforming sections in Anima can be very tough and unfair with controls that sometimes feel right from the Gamecube generation. While some aren’t mandatory, if you want to achieve everything you’ll need to get through these challenging platform sections. A secret area, below a section known as the Mansion of Puppets, includes a prison with some interesting prisoners and releasing them will lead to new secrets in the world.

The presentation for Anima is decent, but as previously stated, seems to have been from an earlier generation of games. Voice acting is bland for the most part with each actor only seeming to go through the motions. This lead me not to really care about any of the characters and any immersion I had in Anima was lost when a character opened their mouth. Ergo’s dialogue in particular stands out as being cringe-worthy, due to him constantly referring to the Bearer as ‘baby’ and making some poor jokes that come off as distasteful. While the presentation was hit-or-miss, the soundtrack was exceptional with each area having a different theme with the music complimenting the areas perfectly. The music gave off an isolationist feel, knowing that you’re the only one exploring old ruins and new areas.

Overall, Anima: Gate of Memories: Arcane Edition does many things right in terms of gameplay and presentation, but it also misses the mark on a few vital area, mainly with the predictable narrative and poor camera controls. While the gameplay is solid having many similarities to other action gaming stalwarts, the camera can be tough to maneuver and platforming sections can become tedious. If you can look past some flaws, Anima for the most part is an enjoyable action-RPG with some clever use of skill trees, leveling up mechanics, and worthwhile secrets to find. There is plenty of content here and the addition of new game plus and multiple endings ensure you will have plenty to do, as long as you don’t get bored first.