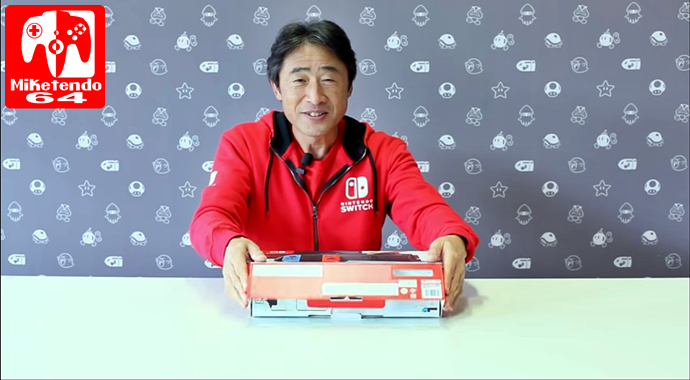 Nintendo Of Europe Have Announced Their New Senior Management Structure

Nintendo Of Europe’s Satoru Shibata has officialy stepped down after 18 years as as President. Shibata has returned to Nintendo’s company headquarters in Kyoto, Japan. The position for President has already been filled though as Nintendo Of Europe have announced their new senior management structure.

Former General Manager of the HR department at Nintendo Co., Ltd, Koji Miyaki has been promoted to the role of CEO for Nintendo Of Europe. The role of president however has been assigned to Stephan Bole. He will be supported by Laurent Fisher and Luciano Pereña.

You can read the official Press Release below.

Mr Shibata joined Nintendo of Europe as its president in 2000, after previous engagements at Nintendo Co., Ltd. in Japan, where he started his employment in 1985, Nintendo UK (1993) and Nintendo Australia Pty. Ltd (1996). Mr Shibata returns to Kyoto in a new position within Nintendo Co., Ltd. as General Manager of the Marketing Division as well as of the Licensing Division, in addition to joining the Board of Directors, from 28th June, 2018.

As per 1st July, Mr Koji Miyake, former General Manager of the Human Resources Department at Nintendo Co., Ltd., joins Nintendo of Europe as CEO/Chairman within the new senior management structure. The mantle of Nintendo of Europe President will be taken up by Mr Stephan Bole as COO/President. Mr Bole will be supported by Mr Luciano Pereña as CFO and Mr Laurent Fischer as CMO.

“To say that Mr Shibata’s contributions have been instrumental to Nintendo’s European operations is an understatement,” said new Nintendo of Europe President Stephan Bole, “His efforts over the past 18 years have helped to bring Nintendo products to generations of players across Europe – and beyond. While he will be missed by many, I have full confidence that with our new structure we’ll be able to continue our mission of putting smiles on people’s faces through our unique gaming experiences.”

The new senior management structure at Nintendo of Europe comes on the heels of a change in management structure at the company’s headquarters, where Mr Tatsumi Kimishima recently retired as Representative Director and President at Nintendo Co., Ltd. Effective today, Mr Shuntaro Furukawa was appointed as Representative Director and President.