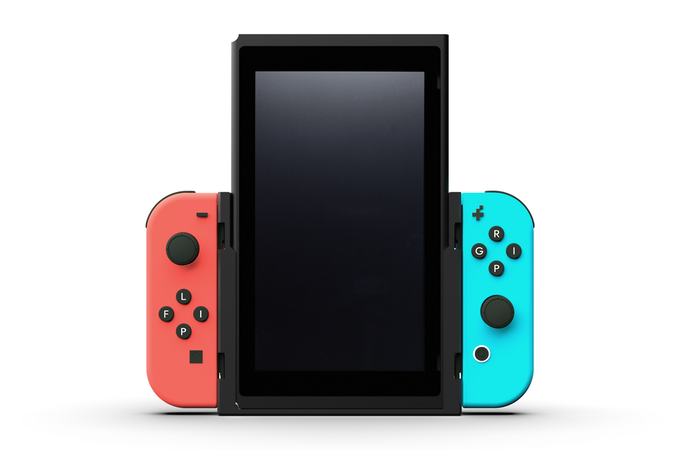 The Nintendo Switch has only been out for about 15 months now but it has a library of over 600 titles and has more accessories than can be counted on both hands and feet. There are carry cases, different colour Joy-cons, decals, wheel accesories and the like but one thing is missing. Not for long though as Jeremy Parish from Retronauts and FanGamer have started a Kickstarter campaign to bring the Flip Grip Switch accessory into the world. This little gadget allows gamers to play games on the Switch in portrait mode.

Games like vertical shooters or classic arcade games have made their way onto the Nintendo Switch and some of them have the option to play the games vertically by rotating the display. This sounds good on paper but trying to support your switch in such a position is not easy but the Flip Grip Switch accessory aims to change that and here is how:

The Switch has become an amazing machine for playing classic games on-the-go. Classic titles are being re-released on the Switch at a rapid pace, with new ones coming out each week.

Many Switch re-releases of classic titles, like those from Namco and SNK, include display options to rotate the game’s display 90º for games that appeared in arcade cabinets with vertical-mode screens.

On previous consoles, few people could make use of vertical-mode orientation features — it’s hard to turn a television sideways, after all. A few PSP games supported rotation, but playing an intense arcade shooter while you grip the top and bottom of the PSP was far from a great experience.

The Switch changes everything. Because you can remove the Joy-Cons from the system, we can finally play classics like Punch-Out!!, Galaga, and Strikers 1945-II properly in vertical mode.

However, Nintendo never designed the Switch to be used in portable vertical mode. The system’s Joy-Con rails only allow you to hold the Switch in horizontal mode.

Until now, using the Switch in vertical mode required propping up the console sideways on a stand to use as a tabletop system. That’s better than nothing, but it doesn’t get to the heart of what Switch is all about: portability.

If you would like to find out more about the Flip Grip Accessory, you can check out the Kickstarter campaign here. The Good news is that the campaign has already reached its goal of $42,000 and then some so you know that it is certainly going to become a thing now. We would like to thank Barry of Nintendo Impact Gaming for bringing this to our attention. If you would like to see what games you will be able to play in vertical mode thanks to the Flip Grip Switch Accessory, check out the list of games below.