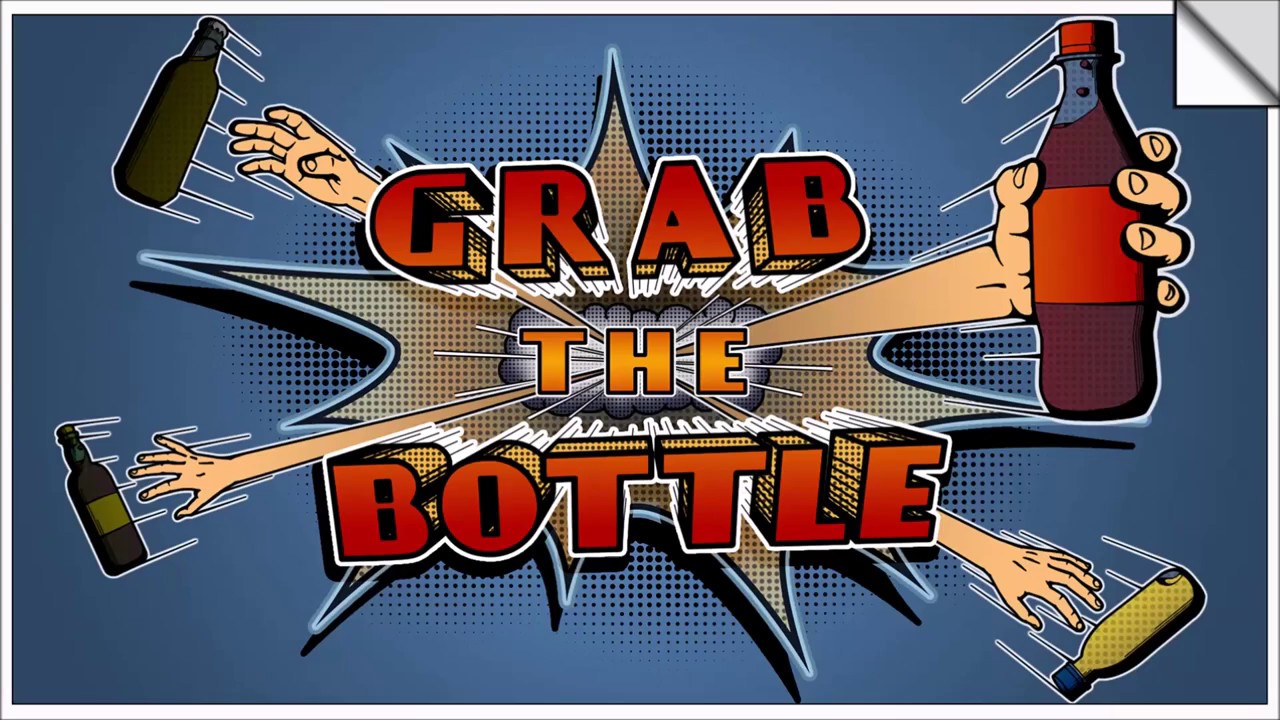 If you play very many indie games like I have, you certainly play many strange ones. Developer Sometimes You adds to the zaniness with their Snake-like puzzle title Grab the Bottle. The puzzles are simple looking enough to give that “just one more round” sensation, but there is a level of complexity here that any puzzle fan can appreciate if you can stomach repetition.

Grab the Bottle, at its core, is a puzzle game where your character starts out as a baby who grows with the abilities similar to Mr. Fantastic from the Fantastic Four. He is capable of stretching his body out in order to grab objects, and in this case bottles of various types throughout the course of his life. You are tasked with fulfilling this man’s crazy obsession of grabbing bottles and use his Stretch Armstrong abilities to solve the puzzles.

The visuals are taken like they’re straight out of a comic book with a vibrant and colorful backdrop, and while not the most graphically detailed title, there is a charming style to it all. Accompanying the visuals is an overly simple soundtrack that becomes quite repetitive when restarting levels, but more tracks are introduced as you progress.

There is a Snake-like quality to it all where you’re able move around and if you run into yourself or run into too many objects you have to start all over from the beginning of the stage. Your goal is to grab all the objects highlighted before eventually grabbing the bottle at the end. This is where the creativity of the puzzles come into play with you having to go many elaborate ways just to avoid hazard objects and your own Snake pattern to grab all the items you need and the bottle at the end.

While controlling your arm you are also able to grab onto certain handles to access other areas of the stage, grab certain items to break platforms in your way, or push other objects in order to go up to other places where you need to collect the mandatory items and bottle. Controls take some getting use to, but work pretty well once you do by steering your arm using the left analog stick. You can go faster by holding down the Y button, but it dramatically decreases your turn radius. A match can be quickly restarted by pressing the X button if you know you’ve already failed a level.

Unfortunately, this is where my biggest gripe with Grab the Bottle comes into play. Tasks quickly become repetitive from level to level, with you continuously maneuvering through a narrow space, pick up an object, drop the object on an obstacle, and do it all again for the next stage. It relies on a physics engine, meaning that occasionally dropping an object to move an obstacle might cause the obstacle to block the path instead of opening it, meaning you’ll have to completely restart the level. There technically is an easy mode as failing a puzzle multiple times will allow you to be immune to hazards in the form of either a boxing glove or add numbers to each object to display which order they must be used in. While this does decrease the frustration of some puzzles, it does little to prevent the repetitiveness of each stage.

Overall, Grab the Bottle is a fun little time waster type of game if you jump in, do a few levels, and then come back later to. It is relatively short so you could beat all the puzzles in one marathon session, but it does become tedious and there aren’t many unlockables or extras to see. However, if you’re looking for a quirky indie title, Grab the Bottle can provide some Snake dodging charm for your Switch.