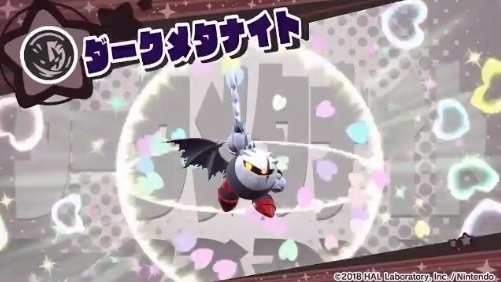 A new tweet from Kirby JP has revealed Dark Meta Knight as the next Dream Friend coming to Kirby Star Allies.

Dark Meta Knight will join Daroach as a playable character in Kirbys next update! The update is currently planned for Summer of this year.