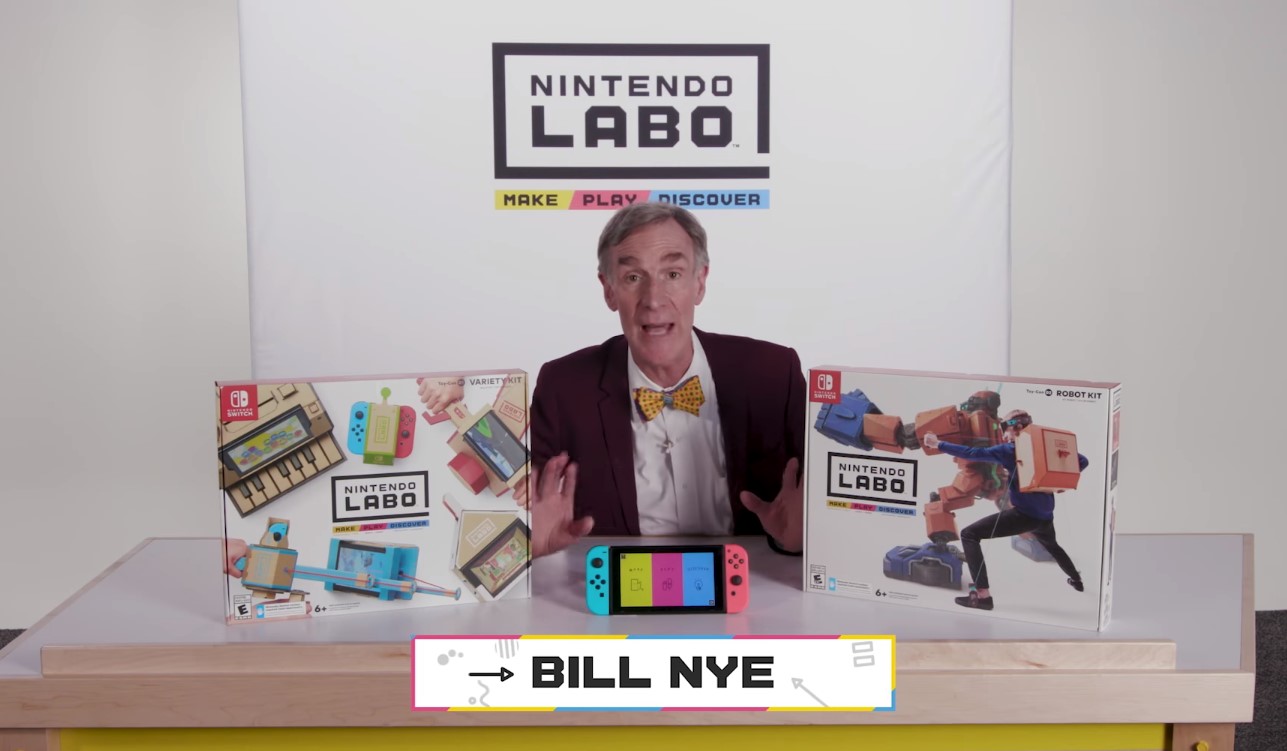 Nintendo continues their brilliant streak of Switch marketing with Nintendo Labo and the guest appearance of Bill Nye, who almost everyone knows as “The Science Guy”. A regular staple of our childhood, and one who continues to be regarded as a pioneer in the promotion of Science and Education and making it look cool, Bill Nye has been enlisted to try out and experience the Nintendo Labo, because well, it’s Science!

Additionally, during the intro, Bill Nye is shown wearing the Toy Con Robot Kit, although the video itself doesn’t have him assembling and playing with it. Perhaps Nintendo is planning to release a second Nintendo Labo YouTube video featuring Bill Nye once again and playing the remaining kits.

Solid Jack will be playing and reviewing the Nintendo Labo for Miketendo64 in the coming weeks.