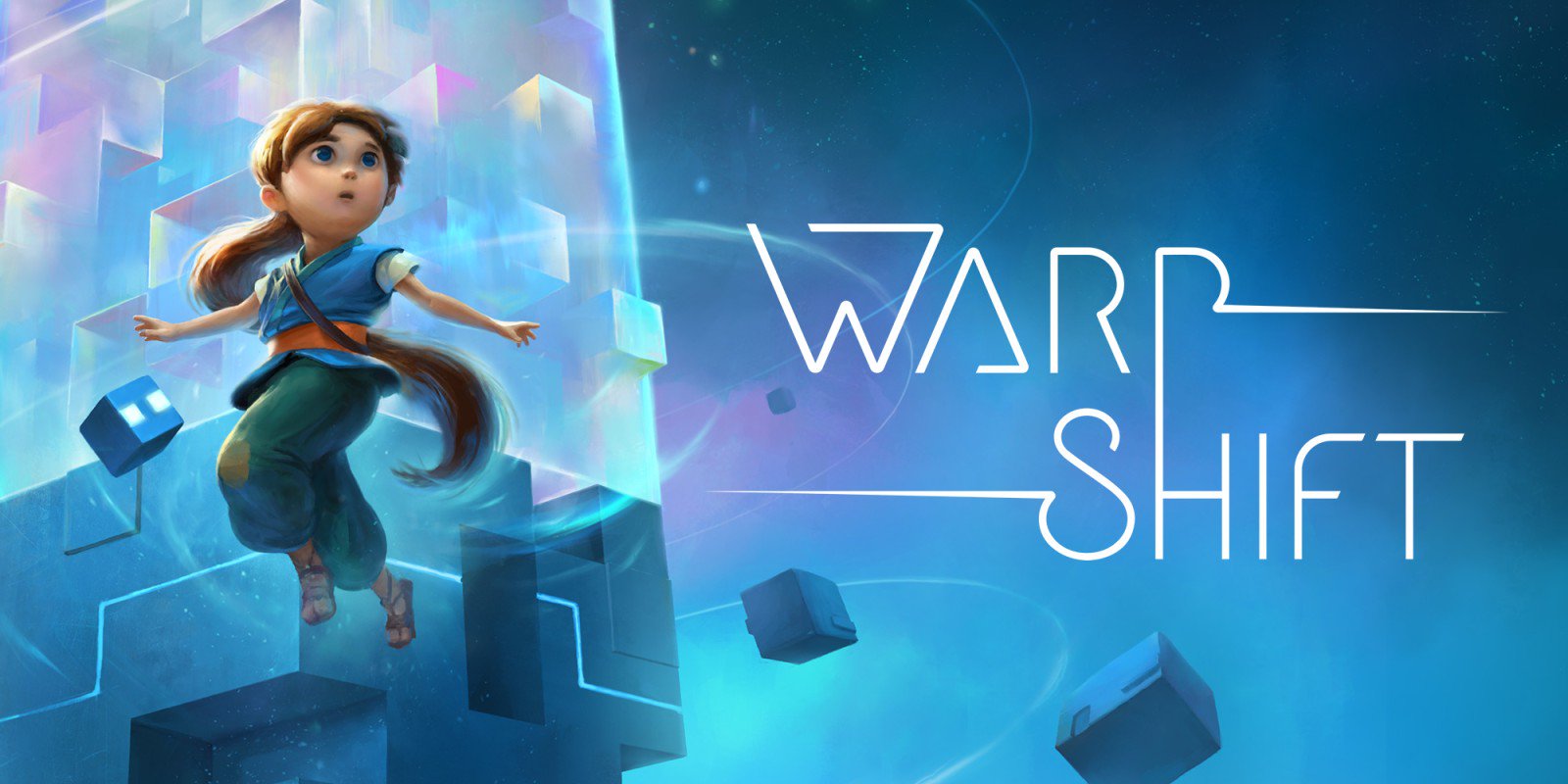 Warp and shift rooms to escape!

During the first year of the Nintendo Switch, quite the number of Android and iOS games were ported to the Nintendo hybrid console and now that it’s in its second year, the trend continues still! Both free and paid games were/still are being ported and while some of these are made to tie in with the Nintendo Switch and its features by introducing new aspects and visual improvements to justify its new price, others are direct (and sometimes, lazy) ports that were done just capitalize of the Switch success. Following suit, Warp Shift is another mobile port, but in which category does it fall into? The one that is an improved port, or a lazy one altogether. Let’s find out!

Developed by Isbit Games, with the help of Fish Labs and originally published by Deep Silver on iOS devices in 2016 and then a while after, arrived on Android. But now in the year of 2018, Warp Shift has come to Switch and received some adjustments to support every play style the Switch has, along with support for HD Rumble.

Storywise, Warp Shift tells us about a girl that wanders into the forest to discover what is causing a weird light. When she finds a magic Rubik’s cube, she falls into a strange cave and now must climb the central tower to get out and maybe discover some other secrets that that cave and her new blue friend are hiding.

This plot ends up being very basic and told through 2 big cut-scenes (one in the beginning and one in the end) and a few smaller memory fragments at the end of each area. If you are expecting a very touching story or a story that is incredible and full of twists and turns, this isn’t the game you are looking for. But it does do a decent job to set up the game and explain why Warp Shift has the game mechanics that is does.

The cut-scenes are told using a visual style that is drawn and this style fits so well with the narrative as it can easily convey what the story wants to tell and what are the characters actions and emotions. This also allows the game to express almost everything that it wants to tell, including how the new mechanics work, without using words, making this a game with an almost universal appeal. The only time I remember the use of words apart from menus, is in the first few levels to introduce the controls, but it is possible to learn without reading.

But I do wish that the same beautiful visual style was more largely implemented in each level. The background of many levels are beautiful, but they only really change between areas and aren’t the focus of the level. The game’s focus is instead on the room that you have to go through and each detail in it is easily readable. The only thing that bothered me a little is that their basic appearance is always the same, making seeing them for 60th time repetitive. I wish they adapted them a little to fit with each area.

To complement the visuals and the story, a soundtrack was made and put in place that totally feels at home, but harmonizes well with the other aspects. I never felt bothered by it, even if I got stuck in a puzzle for around 30 minutes. This also applies to the sound effects that feel natural, but are a very good indicator of some things like if you just lowered to 2 stars.

Now, let’s talk about what makes this a game: its gameplay. The game consists of 5 areas with 15 levels each. On each level, you have to take the main character to the room with the exit door. This is done by moving rooms vertically and horizontally, so that their doors align and you can pass through.  As you go on, new challenges are thrown at you, such as the need for a key to the exit door, switches to open red doors, and etc. At the end of each level, you are assigned stars based on how many movements you made and the more stars you earn the better, as they allow you to unlock new areas.

This gameplay is well developed and thought out, so the puzzle progression and difficulty in each area and in the world grows as you advance through them. Of course, if you don’t care about the stars, then you can complete them very easily. But since certain amounts of them are required to progress, these stars provide the necessary challenge, especially if you consider that to get 3 stars, you have to complete the stage in the fastest way possible.  But if that is halting your progress, after a few tries, the game will allow you to see the solution. It is well implemented as it allows you to see the necessary amount of the solution you need, press retry and try to solve the rest by yourself. On the other hand, I wish this game had another time of challenge beyond the 3 stars. When you complete the 75 levels with 3 stars each, then you have seen all Warp Shift has to offer and there’s no reason to play it again once you’ve beaten it, unless you want too.

This gameplay only works well, because the controls are very well implemented independently of your play style. Touch controls are very intuitive, fluid and responsive, but that was expected considering this is a mobile port. But the developers took care so that the playing with a controller, is an excellent option, although it reduced a little the fluidity that you have when using touch controls. I can recommend that you try both ways and play with your favorite or mix between them. One final addition to this game is the HD Rumble that was implemented in a minimalistic way, but was cleverly implemented. You will mainly feel it in cut-scenes, and a few moments of the gameplay making them a bit more interesting and valuing the experience a little more.

Warp Shift is a well-done port of a mobile game to switch. Although it may not be the best puzzle game available on the eShop, it is an enjoyable one, while it lasts, and that can challenge you on the later levels. I only wish that this game gave me more incentive to come back and play it again as what I played, satisfied me, but when I finished level 75, it left me wanting more, with no more available.