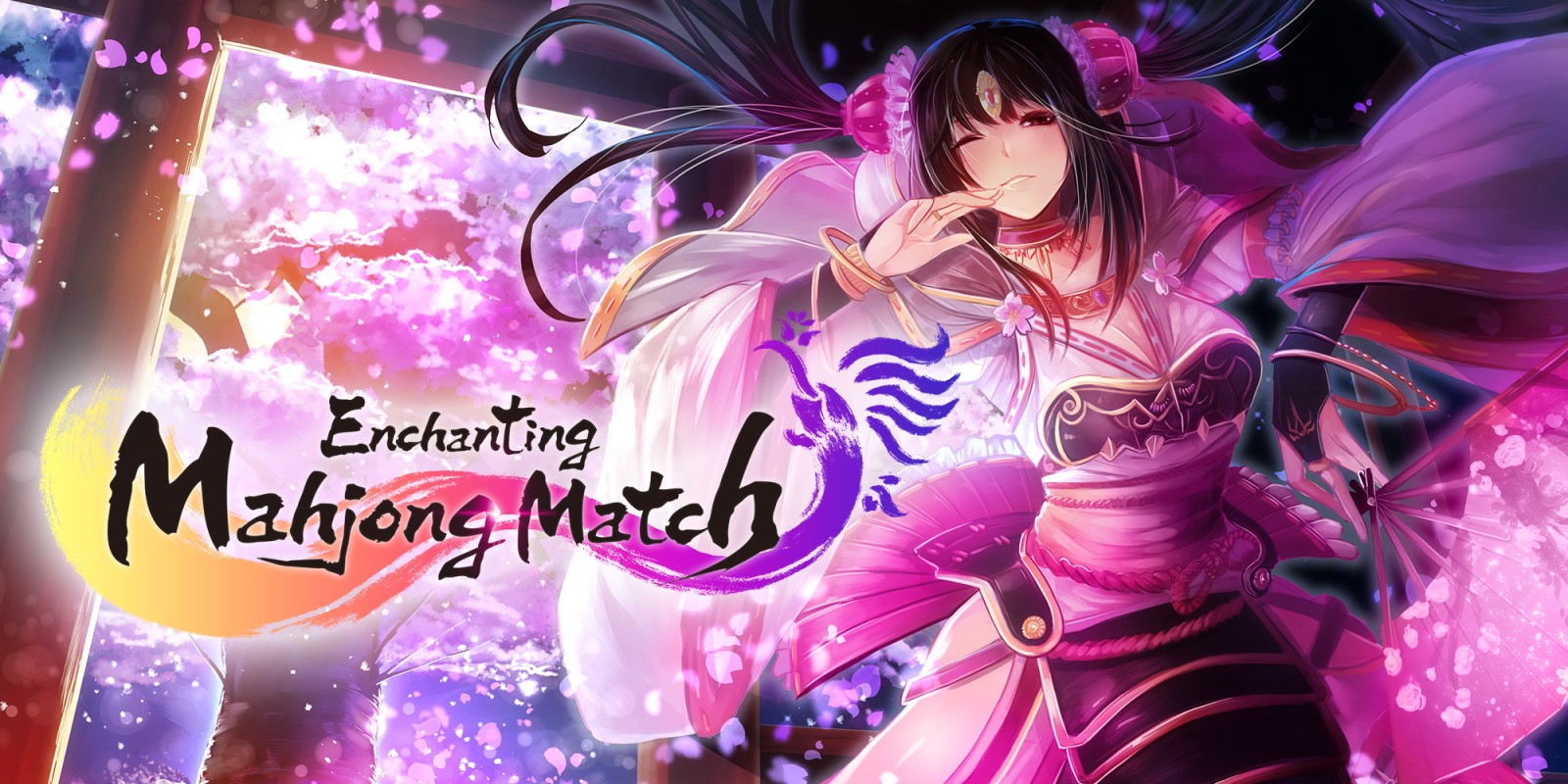 The famous Chinese tile game Mahjong, has made its way onto the Nintendo Switch in the form of Enchanting Mahjong Match. Match up all the tiles to clear the board. Easy to learn but can be tricky to master as time is against you. Can you get clear the board before time runs out?

Mahjong originated in China but the actual date of its invention is somewhat shrouded in mystery. Some records say that some form of the game, goes back as far as 960 AD. After an evolution of sorts between cards, tiles and a number of strategies, it wasn’t until the mid-late 19th century did the game become known as Mahjong. Mahjong can be played in a number of ways but the most common, especially on the Video game scene is Mahjong Solitaire. Enchanting Mahjong Match is based on this variation as it is a lot easier to understand.
Enchanting Mahjong Match is a single player puzzle game. You have to join up up two tiles of the same value by no more than two bends. Both tiles have to be externally exposed on at least one side or touching each other vertically or horizontally. Diagonally does not count. You must clear each board in order to progress to the next. You also have a time limit and depending on how long it takes to finish, you can be awarded stars. These stars are used to unlock parts of a picture. The picture will then be revealed to be a woman posing created by some of the artists that contributed their work to the game.
The game is very colourful and easy on the eye. Each tile has a pattern that are used on actual Mahjong tiles and are numbered accordingly. Some easier to read than others as some represented by the number of a certain object, like Bamboo. Others are written in Mandarin text. The menu screens are also clear to read and the unlockable artwork is very nicely rendered. The music is very traditional and maintains its oriental charm. Its soothing tones aid to zen you out and enable you to focus clearly. I’m just kidding, but I do find it rather relaxing.
There are three kinds of lifelines that can help you but you only have a limited amount of each. There is Hint which, will highlight a pair of tiles. The Bomb clears away two pairs of tiles and the Stop pauses the clock temporarily. You only have 3 of each to start off with but every now and then, if you are really struggling after using all your lifelines, there will sometimes appear a pair of chest tiles that will give you an extra lifeline.

There are 140 levels to dig into and 28 pieces of artwork to unlock. Most levels are simple to clear all tiles but there are a couple that require you to only clear the gold tiles in a set number of moves. These levels don’t have a time limit which allows you ample time to think about how to strategically clear the necessary tiles. On some levels, there are locked tiles that can only be cleared by joining the key tiles of the same colour. There are also “hidden” tiles that hide their face value until you click on them. If you click on another tile that matches the first, they will both disappear. If the other tile is not a match, the former will just recover itself.

You can either use standard controls or motion controls and can use both at the same time. Using the left joystick will move your cursor around the board or you can simply tap on the tiles you want to pair. Motion controls are a lot easier to pair up matches but standard countrols also have an added benefit. If you make a match via standard controls, you can regain a bit more time on the timer. Knowing when to switch between motion controls and standard is a handy strategy for when you can swiftly clear tiles and when you need to win back some necessary seconds, especially when trying to go for all 3 stars on each level.
I do enjoy Mahjong and Enchanting Mahjong Match may not enchant me as much as entertain me. Granted, there is replayability as the tiles change positions so each level can be played differently except the “Match Gold Tiles” levels. It is better to play in short bursts with a couple of puzzles at a time but you can sometimes lose yourself for a few hours as well.

As charming as Enchanting Mahjong Match is, it is not a game for everyone. It is a nice little game to play if you enjoy Mahjong but to be fair, there are plenty of Mahjong games that you can play on your phone for free. There are a number of different layouts but even then, they don’t seem as varied as other renditions on other platforms. For only $4.99, it is not going to break the bank but and on the plus side, there are no annoying ads. Better suited for those that prefer a more classical puzzle game.