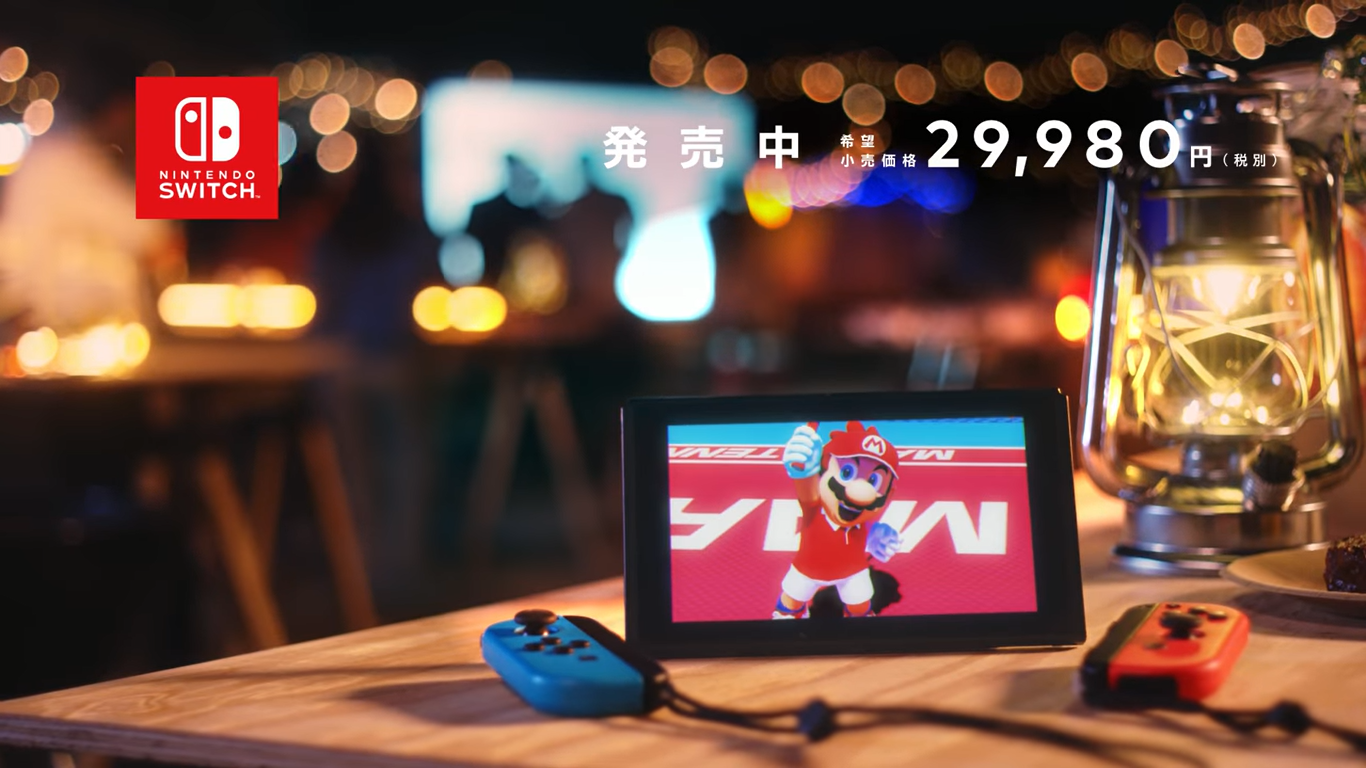 Nintendo Japan have uploaded their newest Japanese Switch commercial 2018. In the commercial, it features young adults playing upcoming games and the New DLC/Additional content that is coming to some of the games. For example, the Octo Expansion for Splatoon 2 was shown featuring Agent 8 as she battles against the Octarians. Additional content for Kirby Star Allies brings some old friends and foes from previous Kirby games. They will also be playable in the game and will become available March 28th.

Mario Tennis Aces also got some screen time and featured to players using motion controls in front of a crowd of people. There was also somebody playing Donkey Kong Country: Tropical Freeze. Most particularly, one of the mine cart levels.

You can see the commercial for yourself below.

I have do say that these commercials are looking better and better every time. The possibilities of playing the Switch anywhere is endless.