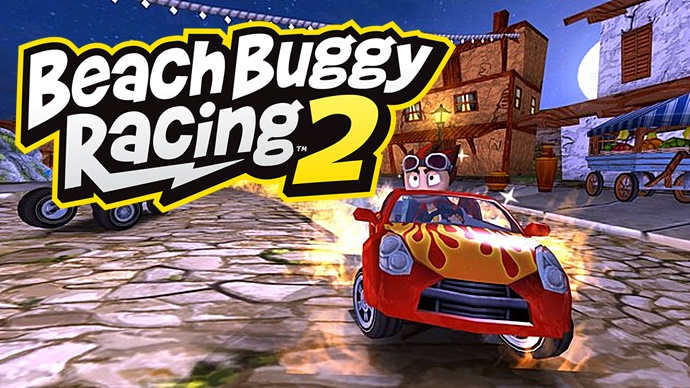 Hey! Do you remember last year when Vector Unit’s Beach Buggy Racing came to the Nintendo Switch? Well this year, the sequel maybe on it’s way to the console too! This Summer, the Beach Buggy Racing 2 will see release on smart devices. Consoles may be seeing release some time during the Fall.

You can read the official press release down below.

The first Beach Buggy Racing introduced over 70 million international mobile players to console-style kart-racing with a playful off-road twist. With the sequel, Vector Unit has upped the ante with a ton of new content, upgradeable powerups, and for the first time will enable players to compete against each other in online competitions and tournaments.

With over 50 powerups to discover and upgrade, Beach Buggy Racing 2 adds a layer of strategic depth to the classic kart racing formula. Players collect abilities like “Chain Lightning”, “Donut Tires” and “Killer Bees”; customize strategic load-outs of powerups, cars and characters; and then test their skills and abilities online against other players from around the world.

Competitions range from daily races and special events, to weekly tournaments powered by Amazon GameOn, in which players compete against each other on leaderboards to win prizes.

“We knew we wanted tournaments and community to sit at the heart of BBR2,” explains Vector Unit CEO Matt Small. “Amazon GameOn offers a perfect way for our players to compete against each other in fun, leaderboard-style tournaments to win unique unlocks and prizes.”

Vector Unit says they do not yet have a release date (“We’ll release it when it’s ready!”) but they are targeting early summer for the worldwide release of the free-to-play mobile version of the game. A premium version of the game will be available later in the year for consoles and Steam.