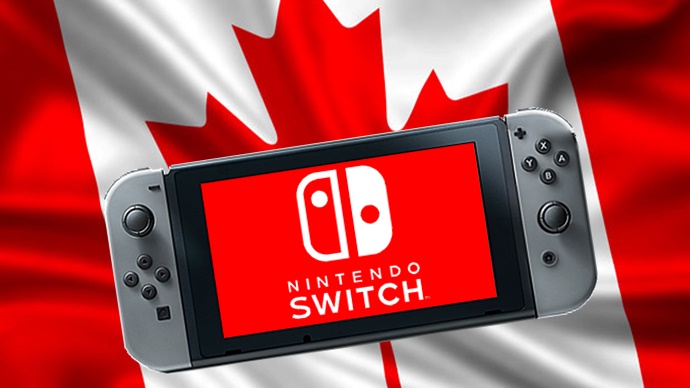 The Nintendo Switch has been a huge success story in North America and a game-crazy nation like Canada jumped at the chance to get their hands on the new hybrid offering from the Japanese gaming giants upon its release last year.

The Switch is unique in that it offers all the benefits of a home console with the option of mobility thanks to the genius way it has been designed. It takes the conventional console controller and adapts it so that the ‘Joy-cons’, as they are known, slide out and can be inserted into the side of a portable screen so that the system becomes mobile.

Canada has lapped it up, with the Switch breaking records. It became the nation’s fastest selling console of all time, shipping 400,000 units in the first ten months of release. This beat the Nintendo Wii U, which held the record previously, with a figure of 392,000.

Canada is a country that enjoys all facets of video gaming. Online casino gaming, for instance, is increasingly popular and Canada is home to several online casinos such as the Eurogrand Casino. Part of the draw for online gaming sites is that they offer players a huge variety of games and ways to play and when you learn more about Eurogrand casino you can see that they are one such website that do this, as well as offering up to $1,000 bonus when you join.

The country’s casino and gaming industry employs over 250,000 people as of 2010, with 128,000 of those being directly employed in the sector and this has been growing. The figure of those directly employed has increased to 138,000 as of 2015, with online gaming generating $14 billion in total yearly purchased services and $31 billion in gross output.

It is no wonder then that the online casino gaming industry is projected double its 8% share in the e-commerce market by 2020. With Canada showing such a strong love for gaming, it is little surprise that the Nintendo Switch beat the fastest-selling console record. The system has enjoyed success not just because of its versatility but also because of Nintendo’s approach to game development.

Outside the game developers conference by David Corcoran (CC BY 2.0)

The Nintendo Wii U struggled mainly because of its relatively weak games line-up. The company recognised this and appear to have learnt lessons. For instance, they now have a unique relationship with indie game developers that they hope will lead to a strong, high-quality and above all, popular, range of games for the new console.

These independent developers, known as ‘Nindies’, are likely to be key to the Switch’s identity, something that Kirk Scott, manager of business development at Nintendo of America agrees with. Speaking to IGN, Scott said: “The momentum of the hardware really dictated the momentum of the indie scene. People gravitated toward the console and found the indie content they wanted.”

This, coupled with Nintendo’s core titles like Zelda: Breath of the Wild and Super Mario Odyssey, give the Switch every chance of becoming Nintendo next big hitter.