[Feature] Nintendo and the Panda: A Continuing Love Affair 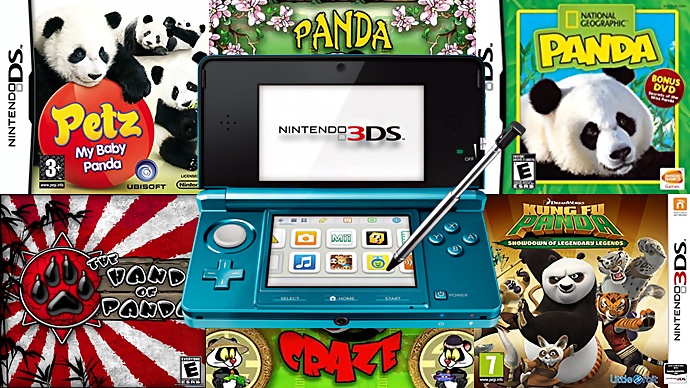 The panda has got to be one of the most popular animals to ever walk the earth. It has become an icon for a number of modern companies from clothing brands to beverage suppliers and has captured the hearts of the populous. It has also embedded itself in the gaming industry and, in particular, on Nintendo platforms.

Why is the panda so popular? Well, the animal is pretty unique and also extremely rare. It is thought that there are now less than 3,000 pandas living in the wild and most of these are in isolated mountain ranges in central China – mainly Sichuan. The panda’s diet is over 99% bamboo and it is this limitation, along with deforestation and farming, that has led to such a dramatic population decline.

It is no wonder then that the animal has become iconic. Something so unique, rare and also striking in appearance is bound to attract attention. Game developers have cottoned on to this and, as such, have produced titles that incorporate the species.

Kung Fu Panda: Showdown of Legendary Legends was released on the Nintendo 3DS in November 2015. It is a game based on the movie franchise made by Dreamworks Animation that depicts a panda named Po Ping, who becomes a prophesied Dragon Warrior. The handheld title sees Po Ping and many other characters from the movies stand off against each other in a fighting-style game.

The panda appears on other gaming sites, too, including the casino site Royal Panda Casino Review. The Online casino site houses a number of slot games and depicts a panda dressed in the uniform of the Royal Canadian Mounted Police on the home page. The site also offers a loyal panda reward scheme that sees loyalty points awarded for every amount wagered that can be redeemed in the loyal panda shop for things like free spins, iPads, iPhones and other cool stuff.

Other Nintendo titles that portray the panda include The Hand of Panda, which is a game for the Nintendo 3DS that sets challenges for your panda character to chop, karate-style, a number of different objects and materials using the power of the hand, an ancient ability to break any object that comes across your path, taught by your old teacher Master Koi.

National Geographic Panda was an educational game on the Nintendo DS back in 2008, allowing players to feed and nurture their own panda while learning fun facts. The final game that comes to mind is the Tik Games’ offering, Crazy Panda, which is another 2D title on the Nintendo DS, a platform game that sees players try to guide Tik-Ling the panda through many levels in a quest to get back home to the Bamboo forest.

So, Nintendo’s love affair with the panda is strong and it will be interesting to how the Chinese native turns up next on the Switch.