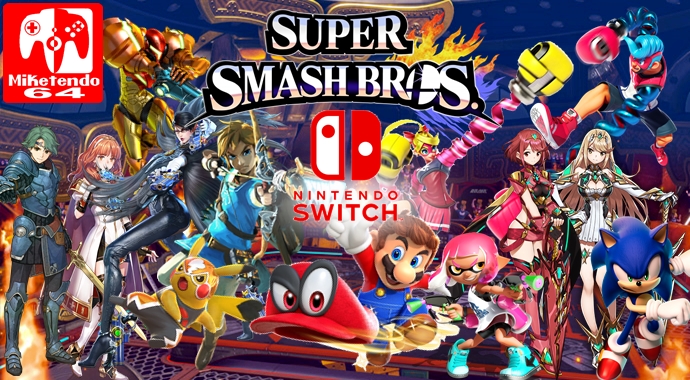 [Rumour] A Super Smash Bros. will Release on Switch in 2018

*Warning! The following article consists of news that may excite you, or enrage you. Reader discretion is advised.

If you were to pick one must-have title for Switch, which isn’t out yet, and has yet to be announced, Smash would be a contender and why wouldn’t it? Gamers love Smash and the Wii U/3DS games are often met with high praises by most. Furthermore, a Switch port and/or a Super Smash Bros. 5 would be a system seller and a great game to see Nintendo Switch Online, get off the ground running and now after more than a year of rumours about Smash for Switch, industry insider Emily Rogers has chimed in once again, sparking hope once more:

Unfortunately, I don’t have enough information to speculate whether Smash Bros will be branded/marketed as a “deluxe definitive edition port”, a “half-sequel” or a “full sequel”.

I can only confirm two things:

Whether you choose to place faith it her comments or not, they do match up with the other rumours we’ve heard pertaining to Smash in recent months, including the E3 leak that turned out to false. Whatever the case though, if it is true and Smash is coming and will be out this year, we probably won’t get the confirmation until much closer to E3 as that is the perfect time of year for Nintendo to disclose all there is to say about it. Until then, we’ll be sure to keep you posted on anything else that pops up in the meantime.