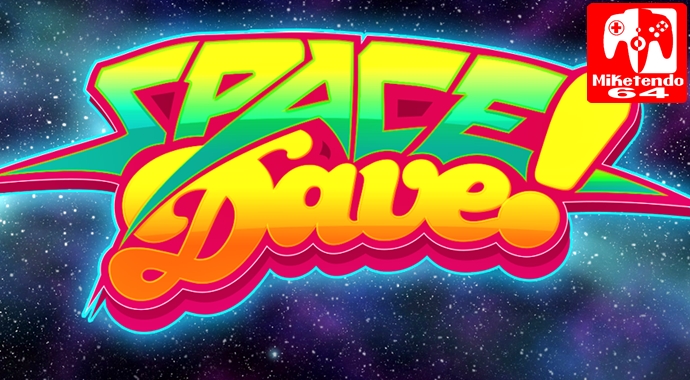 Recently Choice Provisions stated Space Dave! would be coming to Nintendo Switch “soon,” only I doubt anyone expected it to be this soon!

Space Dave! is coming to Nintendo Switch on January 25, AKA next Thursday! It has local co-op! It has online leaderboards! It has eight playable characters! It has the same frantic gameplay you've come to expect from the Dave series! https://t.co/ohqdXQTmq8 pic.twitter.com/N3UYWh3snH

Space Dave! will be gracing the Nintendo Switch eShop on the 25th of January and Choice Provisions have seen fit to pull back the curtain and reveal quite a few details, so along with last week’s new trailer, here’s everything there is to know about Space Dave! right now:

Space Dave!, the spiritual successor to the hit game Woah Dave!, is a modern take on the fixed shooters of yesteryear. Defend your ground against the alien onslaught! Protect your terrain from their endless arsenal of weapons! Taking a page from classic arcade games, Space Dave! offers a seemingly infinite variety of weird and challenging alien types with varying attack patterns. If you manage to stay alive, you just might be able to build up your arsenal and collect enough power-ups to turn the tides against your would-be alien captors. That is, until the bosses show up… And don’t let its retro appearance fool you: Space Dave! is a modern game for the modern weirdo, with features such as…

Will you be picking this one up while you wait for Runner3? Let us know!