[Editorial] Nintendo are Dominating 2018 and They Have Us to Thank for It! 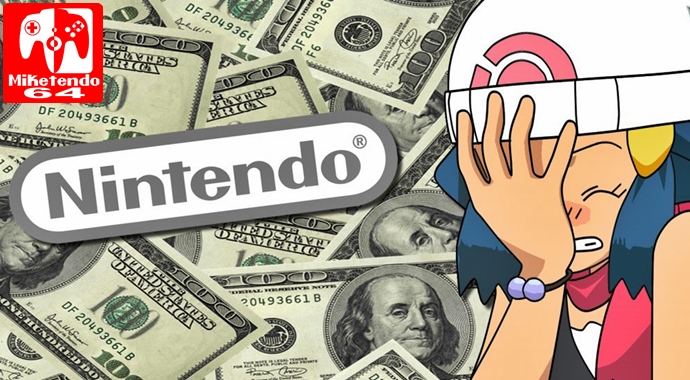 Ever hear of Trolls? As a child, you were probably told they don’t exist, as they are gigantic beasts that solely exist in stories and our imagination, but it was all a lie. Trolls do exist and their name is Nintendo!

What is the secret you're seeking? I know it, I know it, ha HA! I can't tell you! ♪ It's hiding somewhere and no peeking! ♪ Go find it, go find it, scra-CAW! pic.twitter.com/uOzojBR7A4

In what will be a slightly kind of article we normally scribe and post on Miketendo64, given the “Great Trolling of 2018” that’s currently dominating social media, I can’t help chime in with my thoughts and honestly, I just want to Nintendo, especially Nintendo of America, a great big applause, for they have taken trolling to a whole over level and they’ve actually done it by saying very little and literally doing next to nothing.

You see, as hype levels continue to escalate, reaching epic proportions as expectations for a Nintendo Direct continue to get the best of us, since a Direct hasn’t been revealed sooner and rumours and speculation continue to state a Direct is happening this week, there is something that is just really incredible about all of this. Like we pointed out on Twitter, everything that is going on right now, every eye on Nintendo and Nintendo of America, just begging for a Nintendo Direct announcement to come and put us out of our misery, instead of the tweets the Big N is now putting out to tease us, is that Nintendo have nothing to do with any of this.

What started out as an EA email leaking a Nintendo Direct for January and Industry Insiders professing for “truths” for it to happen this January, Nintendo themselves have not once themselves actually said a Nintendo Direct is happening this month, because even Nintendo Russia said there would be some news coming soon.  This whole hype show kicked off over minor statements and as a result, things have gotten out of hand, hype has taken over every Nintendo fan girl and fan boy going and Nintendo are literally getting the best publicity they have ever gotten, without having to pay for it.

I can’t help but admire just how much media and the public have been completely captivated by this epic whirlwind of hype, because stuff like this is impressive. Nintendo have taken the social media world by storm, without having to announce a new game that’s releasing this year, or even confirming a Direct is actually happening this month. Our belief and want for a Direct to happen has become so overwhelming, we have given Nintendo power over us and instead of drawing it to a close and giving us what we want, or telling us now, Nintendo have taken that power and have decided to run with it. They are trolling us at every turn and third party developers and the likes of GameStop, are joining in on it.

If this was anyone else, we wouldn’t put up with it. We’d have grown bored and walked away, but this is Nintendo, the company that doesn’t just pull a rabbit out of the hat, but a whole Noah’s Ark full of animals and we actually can’t get enough of it. But the weirdest part of all this, is as agonising as it is, and laughable, this is something that just doesn’t happen all that often, and I don’t know about you, but I no longer know if I even want it to end! As a gamer, fan and a writer, I hate what’s going on, but at the same time I love it and love the way in which Nintendo have completely taken control of it. They have us exactly where they want us and we can stop them at any time. If we lose interest, stop talking about them and their supposed Direct and walk away, the power would revert back to us, but that’s not happening, because like me, a lot of you want this to keep going on a little longer, because why not? Last year we saw first-hand Nintendo dominate 2017 thanks to the Nintendo Switch and right now, granted we’re only 10 days into the year, they are dominating 2018 via the power of hype and silence due to the simple fact they will neither confirm nor deny a Direct this month.

Trolls or not, what Nintendo are doing and getting away with, is simply outstanding and while the show may come to an end sooner or later, for now the curtains have yet to fall, so how this crazy notion, we let ourselves enjoy the moment?  They are the Kings of the World and right now and it is just a great time to be alive. Or do you think differently? You can always sound off in the comments if you want to, but let’s give Nintendo this round, because once we do, they can then proceed to spend the rest of the year to make it up to us by releasing some top notch video games for all three current platforms (3DS, Switch and mobile,) which will truly blow us away, so what say you?