[Feature] A 3 Page Look at the Tanzia Comic! 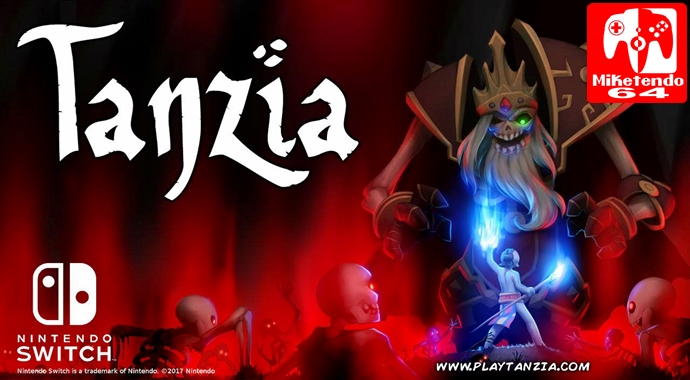 With all the games releases this month, it’s easy to forget about Tanzia’s impending Switch release. We may not have a release date yet, but it is close, so in a nice little way of building hype, allow us to tell you about the Tanzia comic via the help of Tanzia developer, Matias Kindermann:

When will it be Released?

Matias Kindermann: “The comic will be released as free DLC, soon after the game is released on Steam, we’re doing a very small batch of prints also, but those are going to be used for promotion in the future.”

What is the Reason behind Doing a Comic?

Matias Kindermann: “The reason we’re doing it’s because everyone loves the hand-drawn art we feature for the intro, visions and cover (those all were made by our artist, Saige, she’s incredible). We also had the idea to make a playable prologue. Also a demo with a story from when the main character was younger. But that would have taken too long to make, so Jason decided to write the story and make the comic with Saige. We loved the first one so much that we made another comic with her, and we’re working on a third one.”

How long does each Comic take to Make?

Matias Kindermann: “Each comic took about a month to make, from writing to drawing, coloring and the final design of the pages themselves.”

And now because we’ve kept you waiting long enough, here are pages 2, 3 and 4 of the first Tanzia comic, enjoy:

Should you wish to let Arcanity Inc know what you think of these pages and want to see more of them when the time’s right, why not reach out to them on Twitter by tweeting to @PlayTanzia. They are very responsive after all!

One thought on “[Feature] A 3 Page Look at the Tanzia Comic!”