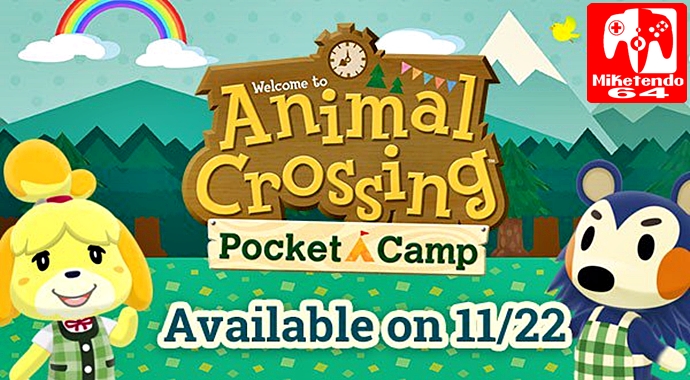 After having to wait so long for news of Animal Crossing: Pocket Camp’s forthcoming release, news has arrived!

I’m so excited to share this news with you… Animal Crossing: Pocket Camp will be coming to mobile devices worldwide on 11/22! I can’t wait! #PocketCamp pic.twitter.com/yvzMDz7uHl

Coming straight from the official Animal Crossing Twitter account, the smartphone Animal Crossing is to release on the 22nd of November, after already being available in Australia since last month. Furthermore, when the app released, it was only as version 0.9.0 and now for those of you who have the game and an iOS device, you can now download version 1.0.0. only there’s no information as to what the update entails, for now.