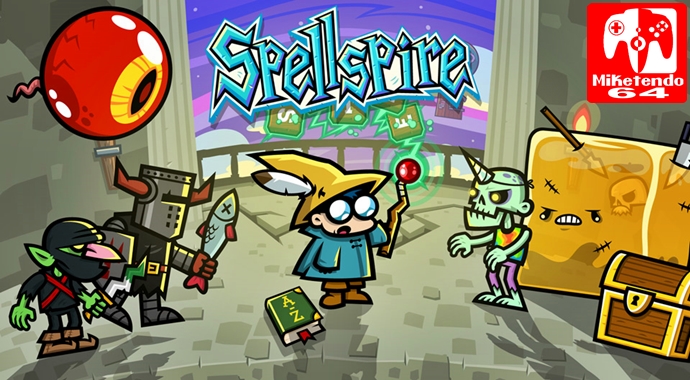 True or false, you can never have enough games on Switch? Well in 10tons case, true isn’t even an option as once again they have another game on the way and it is out next week:

Spell Blast and Blast a Spell in Spellspire for Nintendo Switch™ on November 9th:

Spellspire casts the player in the role of a nerdy wizard climbing a 100 level tower. Plenty of monsters must be defeated and loot collected on the way. Combat uses a word game mechanic, where the player picks letters from a grid of ten letters to spell words. Words are cast out as spells, with longer words producing more powerful blasts. In between levels the player upgrades the wizard’s gear in role-playing game fashion.