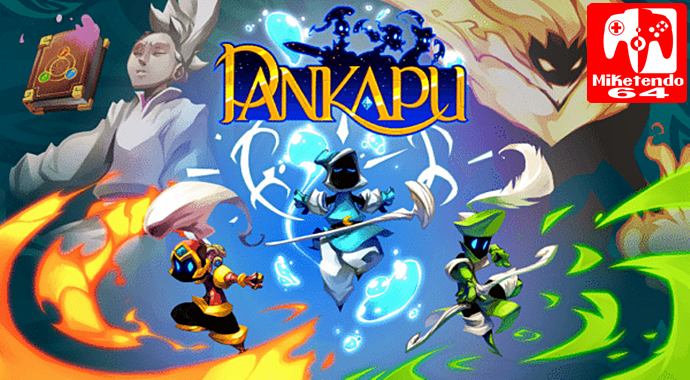 They say beauty is in the eye of the beholder. What one person finds attractive another won’t see what all the fuss is about. And that’s certainly true of videogame graphics, too.

Take the pixel art trend that indie developers have been so fond of over recent years. When done right, I find 8 and 16-bit visuals to be incredibly beautiful. You only have to look at the likes of Owlboy or Sword & Sworcery to see that, right? What do you mean, no? You see that’s my very point; for every 8-bit advocate, you’ll find at least one hater. Those naysayers claim pixel art fatigue. I can kinda see their point.

Then there’s games like say… Rayman Legends. A game that’s considered universally gorgeous, and right so. Well that is where recent Nindie – and one of the very first confirmed Switch titles – Pankapu comes in. Take a look at the screenshots below and you’ll notice the similarities. Pankapu looks utterly fabulous.

Whether developer, Too Kind Studio, used Ubisoft’s limbless mascot as a source of inspiration or not, I can’t say for sure, but the similarities are plain to see. And that’s a huge boon for the studio, Pankapu is a delight to look at. With the Nindie scene becoming more saturated with each weekly eShop update, standing out from the crowd is becoming isn’t getting any easier. Kudos!

But Pankapu’s similarities to the all-conquering Rayman Legends do not just start and end with its visual flair. Obviously both are 2D platformers, both have combat elements strewn through their DNA and both are created by French studios. Coincidence?

Gameplay-wise, Pankapu is an utter delight. The platforming mechanics feel great, with the nearest whiff of floatiness, which really helps when adjusting your trajectory midair. And that’s no mean feat. Many platformers can feel wat too floaty, but this is no sackboy affair. The combat feels nicely judged, too

While Pankapu plays wonderfully and clearly excels from a visual and gameplay standpoint, I’m afraid there are a couple of flies in this otherwise champaign-flavoured ointment. Controlling our titular dream warrior is great, but I wish that there was an option remap them to the players liking. For me, having the block button mapped to A feels rather awkward and would be far better suited to the ZR trigger. And then there’s the fact that you’re forced to control directional movement with the analogue stick. I’m sorry, but no 2D platform game should ever fail to offer an option to use the d-pad (or, for JoyCon users, d-buttons) for movement.

For me, Pankapu is all about its platforming and artistic style, but I’d be remiss not to mention the story. Too Kind have focused much on the games narrative, but regrettably, it became frightfully dull extremely early in the proceedings and, at the same time, rather forgettable. In fact, I can’t remember the last game that had me skipping through the dialogue so frantically. There’s no ‘skip’ button, but that’s not the worst thing in the world.

However, what isn’t so easy to look past is the games signature audio style. I guess it’s important to note that the backstory here is based around a dreamworld and fighting off nightmares so you’d probably expect a calming score, but not through the entire game. It’s awesome that there are plentiful tricky levels and tense boss fights, but instead of ramping up the musical intensity to run parallel with the gameplay, we’re forced to listen to relaxing piano riffs and it’s just so out of place. Why?

Some players will be okay with the audio decisions, but when you have a game that had the potential to be something truly remarkable and it’s brought down by odd design choices, it’s just frustrating and yet. And yet, there’s something about this little French number that endears it to me so. It plays really well and looks phenomenal, but it has personality too. In spades. I like that there is an option to speedrun levels as you progress through the campaign. Add there’s plenty of collectibles, which also help with longevity.

With gorgeous visuals and fun gameplay, Plankau will clearly please platform fans, but it does pain me to ponder just how good it could have been. Indeed, with a more sympathetic score and a little more consideration here and there, Pankapu could have been genuinely very special. As it stands however, it falls agonizingly short of that margin. Which for me, is a real pity.