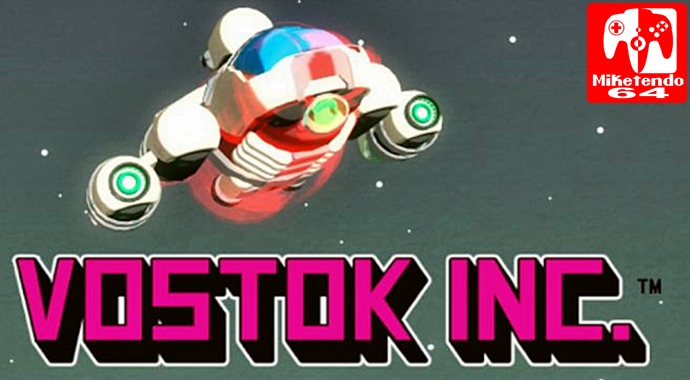 With more and more games coming out of the woodwork for Switch on a regular basis, it’s time for another one and this time our official press release concerns Vostok Inc.:

Vostok Inc. for Nintendo Switch offers prospective tycoons the same addictive gameplay they have grown to know and love: with plenty of frenetic twin-stick shooting action, a plethora of the finest and most addictive minigames and the same downright disgusting quest for self-enrichment that brought Vostok Inc. so much adoration from players all over the world. In Vostok Inc, you play as a corrupt, narcissistic yuppie, hoping to make as much money as possible in a greed driven twin-stick shooter without a conscience. As the newly-appointed CEO of Vostok Inc., you have one goal: to become filthy, stinking rich. Piloting your very own ship, explore and exploit more than 40 planets across six different solar systems in your quest to earn ludicrous amounts of MOOLAH!

Start by landing on any planet to begin colonization, build factories, and rake in the big bucks. Once the MOOLAH starts flowing, you’ll be able to upgrade your ship’s weapons and augmentations. Increase profits even further by finding and recruiting managers, consultants, and executives scattered throughout the galaxy. Andreas Firnigl, Managing Director and designer at Nosebleed Interactive commented. “Vostok Inc. is a game suited to Nintendo Switch, like nothing we’ve played so far. It’s the only console capable of satiating your wonton disregard for the wellbeing of others in search of intergalactic fortune.” Leo Zullo, Managing Director, Wired Productions continued, “We loved Vostok Inc. from the moment we played it, and we’re delighted we have the chance to bring the game to a new audience. Nintendo Switch is the perfect home for Vostok Inc.”