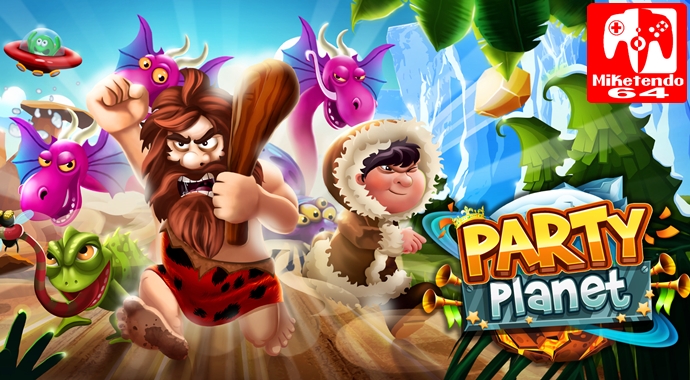 After previously being revealed by GameStop, Mastiff Games has come forward to official reveal/announce Planet Party and you can read all about it right here:

(Compilation of 30 fun-filled party games to be made available digitally in the Nintendo eShop with a physical edition sold exclusively through Gamestop.)

SAN FRANCISCO – September 28, 2017 – Videogame publisher and developer Mastiff today announced that Party Planet, an exciting compilation of 30 party games will be released on the Nintendo Switch system on December 12, just in time for the upcoming holiday season! A physical edition of Party Planet will be available exclusively through Gamestop in the United States, with a digital version available to download from the Nintendo eShop.

Published by Mastiff and developed by Teyon, Party Planet is a must-have compilation of games that perfectly complements Nintendo Switch by offering fun for everyone! Anyone, regardless of age or skill level, will have an absolute blast playing any of the 30 party games, 18 of which can be played with up to 4 players for some friendly cooperative or competitive play. And with the portability and versatility of Nintendo Switch, players can turn just about any location and venue into their own personal party for friends and family!

Additional information about Party Planet, including a full list of included games will be revealed in the coming weeks.